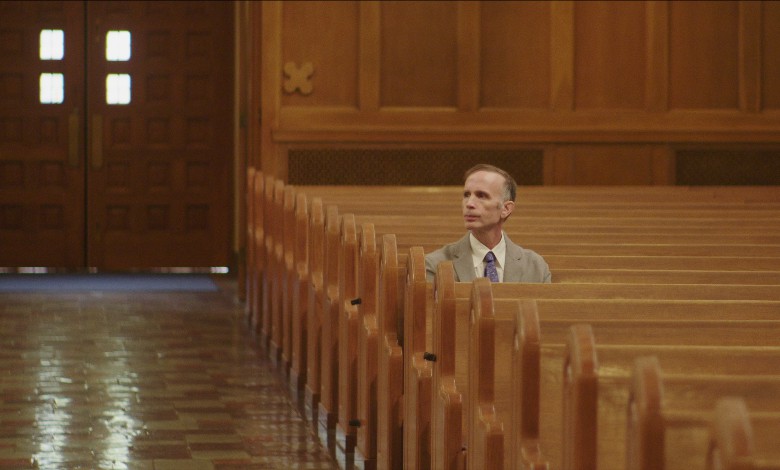 “The Procession” allows Catholics and non-Catholics alike to understand the dynamics of the US clergy sex abuse scandal.

“The smoke of Satan in the temple” hates the purifying light of the day.

The Netflix documentary combines press conferences since the Catholic clergy sexual assault scandals first surfaced, interviews with victims and therapists alike, and imaginative images of the trauma experienced by the six victims.

Taken together, they offer a powerful new approach to exposing the last worst episode in the history of the American Catholic Church.

Incidents of clergy abuse were not “isolated” incidents, as the United Conference of Catholic Bishops attempted to publicize through a John Jay University study when the scandal first exploded in Boston and Baton Rouge in the 1980s.

There was a systematic attempt at the higher levels of the Church not only to suppress knowledge of the extent of the offense but to foment it. The same aggressors who attacked other aggressors were the “authorities” charged with adjudicating the cases of those priests and bishops (and now cardinals) implicated in the crimes committed.

Although resettlement and even the promotion of abusers (so far) has not become a policy in the United States Catholic Church, it is now clear that it was a widespread practice.

The victims presented in a “parade” deserve to be commended for their courage and honesty in participating in this project. They are Joe Eldred, Mike Foreman, Ed Gavagan, Dan Lauren, Michael Sandridge and Tom Viviano. Nobody knew each other before director Robert Greene began making the film, but it turns out that the men formed deep bonds during the film’s production.

Director Robert Greene and Dan Loren in “Parade” of the new Netflix doc. The experimental film follows Lauren and other men as they use drama to try to ease the pain of child sexual abuse perpetrated by priests.
Plus fresh banter.

The violations detailed occurred in and around the Archdiocese of Kansas City and spanned 40 years.

What makes the documentary so different – other than its blending of reenactments of the violation in question – is its interest in the participation of former victims in the making of the film.

The “parade” embodies their participation in how the “parade” depicts their suffering. Each participant guides the filmmakers in crafting their story.

This, in and of itself, is powerful and influential.

Hence, while making a documentary is clearly therapeutic for the participants, it does a similar service to the viewer as well. For devoted Catholics (and I am one of them; observant and imperfectly practicing) and non-Catholics (and those who suffer all sorts of abuse), shedding light on the mechanism of evil is an important step in the complex healing process.

So, even for those who have not endured any such abuse, the film offers an important lesson in the suffering of others and offers us insight into ways we may help them travel on journeys of recovery.

RELATED: How Wim Wenders Arrested Pope Francis in a Movie

What shines through is the deep respect the filmmakers have for their subjects and their tragic history. It is clear that these men were deeply marked by their experiences. But their strength and resilience—along with their fragility as traveling companions in this veil of tears—is inspiring.

Not only do viewers empathize with their anger, pain, and confusion—particularly as they detail the agonizing experience of being “good Catholic boys” trying to overcome the trauma of being abused while striving to assert their dignified personalities—but they learn valuable lessons in rehearsing from the courage it took to survive such torture. But to tell their stories.

Such torture entails their experiences as altar boys and the strange experience of confessing their “sins” to their abusers. Their torture involves their heroic attempts to protect their kind parents and families, who do not blame them for the atrocities they have suffered.

Their torture entailed suffering that occurred in the second safest place (in their own homes only) according to their Catholic upbringing – in the Lord’s own house.

The fictional elements of “The Procession” do not detract from the basic facts that the film seeks to express. Instead, the film’s blend of fiction and documentary emphasizes the relationship between true fiction and truth-telling.

Director Robert Greene’s documentary follows the procession of child sexual abuse survivors by Catholic priests as they work together to recover and overcome their memories of trauma and power rites in the Church. Streaming now on Netflix. pic.twitter.com/gYnR7ZdbQl

Life itself does not provide a narrative framework capable of providing sufficient boundaries to communicate true meaning. The film’s mix of storytelling weaves a tapestry with the right mix of truth and storytelling.

In the end, “The Procession” is a depiction of six suffering individuals imposing their individual will on a reality that thieves and vandals have attempted to steal from them. It beautifully illustrates the ways in which they have been able to recover their own stories, and therefore their own identities, from malevolent forces.

They are better for crafting and telling their truly horrific stories. And so are we. God bless them.

full disclosure: I was the principal of a private Catholic school in Baton Rouge during the 1990s that was founded and operated by a group of lay Catholics dedicated to Regnum Christi. That Catholic group supported Lai Legion of Christ, a group of Catholic priests of the Papal Rite founded by one of the most despicable frauds in the history of the Catholic Church, Marcel Maciel.

While I ran their school, I resisted warnings to join the Legion of Christ. For good reason, as it turns out.

Gregory Bourse teaches film appreciation, history, development, philosophy, literary theory, and a variety of literatures on a small campus in a large university system in the South. His short story “Joyellen” was selected as an online exclusive for the Summer 2021 issue of West Trade Review. He has published or presented in the past Hitchcock’s “Psycho” films, Stephen Freer’s “The Grafters” horror films, and touching horror films ranging from “Nosferatu” to “Halloween,” “The Silence of the Lambs” and “The Strangers,” among others.