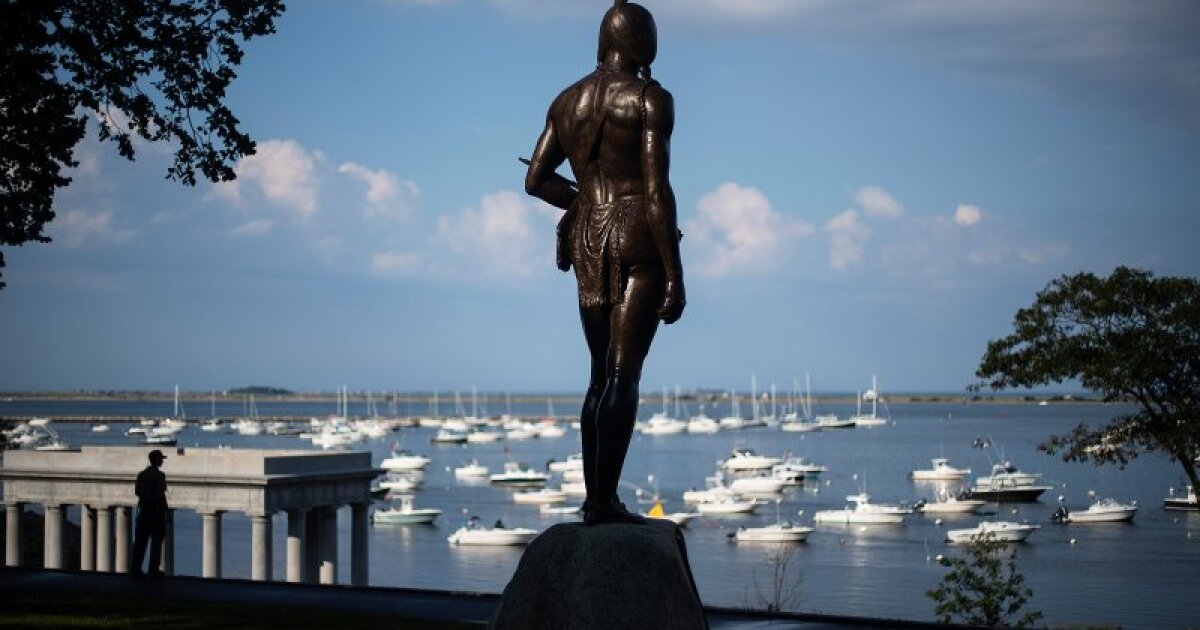 It is 400 years since the meal known as the first Thanksgiving took place in Patuxet, the area now known as Plymouth, Massachusetts. Thaw prominent figures in the Plymouth Colony described it as a three-day celebration and celebration of the harvest, attended by the colonists and a group of Indians from Wampanoag and their leader Massasoit.

But Wampanoag was probably not in that much festive mood. They had been spoiled from an epidemic of a still mysterious disease that had almost wiped them out; outbreaks would continue to plague the tribe for the next 30 years.

“I personally think it’s just another reminder of all the horrible things this nation has done to not only us but all the indigenous people,” the president of Mashpee Wampanoag tribe, says 29-year-old Brian Weeden TIME of the “first” Thanksgiving and adds that he and his tribe still feel largely forgotten. “In order for this nation to correct a lot of their mistakes, they will have to accept their racism, which they do not want to do.”

On May 16, Weeden was elected the youngest person to chair Mashpee Wampanoag, which boasts about 2,600 enrolled citizens and is headquartered in Mashpee, Massachusetts. TIME spoke with Weeden about Native American Thanksgivings, the biggest problems the tribe faces today – and why it still struggles to hold on to its land 400 years later.

How does it feel to be president Mashpee Wampanoag on Thanksgiving?

That we are still here is a blessing. And the fact that I have the honor of representing the tribe – one that many people think is extinct – is a blessing in itself. It shows the resilience of our ancestors and that we will continue to be here for generations to come.

Do you have any memories learn about the ‘American’ Thanksgiving which still stands out today?

In third grade at the elementary school in Hyannis, Massachusetts, [the teachers] made us dress up and dance to “Colors of the Wind” from Pocahontas. They wanted a class in potato sacks and colorful feathers, and saw the other class dressed as pilgrims. I went home and told my parents what was going on and my dad went into school and robbed them out. After that, they stopped it.

What is the biggest problem the Mashpee Wampanoag tribe is facing at the moment?

The biggest problems facing the Mashpee tribe right now are with our land, health and general welfare for our tribal citizens and climate change and environmental impacts. We lived well off the land; we were smart people to the point where we knew how to navigate this world. Had people listened to us, I do not think we would be in the situation we are in with global warming and everything else. But I think the biggest [singular] struggle right now for our tribe is our struggle with the federal government, which has been a struggle for over 400 years.

This is with regard to the Trump administration, which describes 321 acres of your country as does not fit the definition of Indian, a ruling that a federal judge later called “in violation of the law.”

Yes. The next step is for the Home Office to listen to the judge’s order and go back to the drawing board and give us another decision. Which is kind of where we are. We have not seen progress from [Biden] administration. It’s really frustrating.

We want a decision so we can start moving forward and taking care of our people. We have a problem with homelessness – it’s expensive to live out here on Cape Cod. It is a struggle to live in the homeland of one’s own ancestors. People cannot make ends meet, which is why they have to leave our territory. And as long as our country is in limbo, the tribe can not go out there and build a homeless refuge or something like that.

Everyone wants to talk about Native American Heritage Month and Thanksgiving. And here the tribe that started it all is still waiting for our little bit of justice that owes us. The Native Americans who welcomed everyone lost their entire country. Today we own only half of 1% of our ancestors’ territory. I think I’m just talking about that. Four hundred years later, I tell everyone that we do not have much to be thankful for.

President Biden said “I stand with Mashpee” while campaigning for the presidency in 2020. Do you feel that is true?

I think a lot of politicians say what they want to say to be elected. When they get there, it’s a whole other story. I was [part of the] The White House Tribal Nations Summit, and there really were not many opportunities for leadership to address the administration. To add insult to injury, he will be in the Wampanoag area on [Thanksgiving]- the supposed holiday that we do not celebrate.

What are you doing on Thanksgiving?

Thanksgiving Day is a day of mourning [for myself and tribal members]. My grandfather Everett “Tall Oak” Weeden is one of those who helped start that tradition. A lot of tribal members will go out to Massasoit statue overlooking Plymouth Rock. We hold a ceremony there, talk, march down to the church, talk a little more, and then everyone goes home and eats with their families.

Many of our tribal members still eat game and cranberries – which are actually native to this area. The word squash comes from the Wampanoag word, askutasquash. So I think a lot of people are not aware of that [when they sit down for their Thanksgiving meal that] they take part in foods that are from this area.

Native Americans celebrate several Thanksgivings throughout the year. Do you have this year’s favorite festival?

I would say that the celebration of the green corn and the time of harvest is one of my favorite times. Mashantucket Pequot – the tribal nation my grandfather’s family comes from – has Schemitzun in August, which is a feast for the green corn and a dance.

The way our people traditionally worked was on a calendar cycle based on the moons, and each moon represents a particular thing. We have Strawberry moon, for example, where we go and harvest our strawberries and you want a strawberry thank you party. It was never as if we were grateful this one day a year. And I think it’s important for people to understand, too: every day you wake up, you’m grateful you woke up.

To see the original article from TIME, click here.

Click to get to the newsroom or report a typo / correction HERE.

Am I being deceived? How to protect yourself from fraud when shopping

Have turkey problems? A hotline expert shares how to cook turkey and common mistakes to avoid