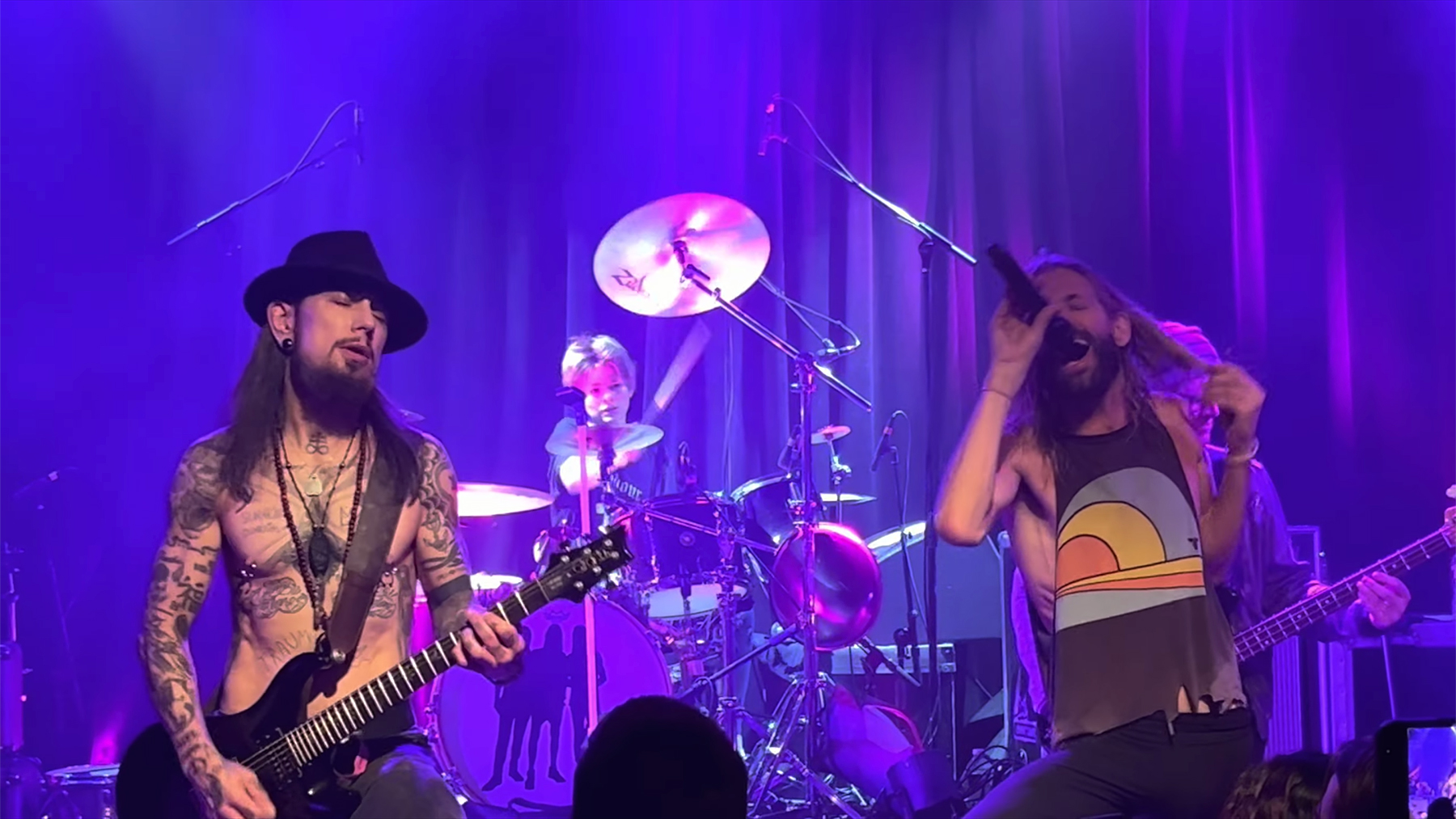 Taylor HawkinsAnd Dave Navarroand Jane’s Addiction bassist Chis Chaney quietly revealed their superstar group NHC with a short set at the Ohana Festival in September, but they made their official debut with a full show at Troubadour in Los Angeles on Tuesday night.

The group started with nine songs from their ongoing album, including several they’ve already shared with fans like “Lazy Eyes” and “Feed the Cruel.” The second half of the show moved to tunes from Hawkins’ solo career such as “Louise” and “Range Roger Bitch.” The film concluded with Queen’s song “Keep Yourself Alive” and David Bowie’s classics “Rock ‘n’ Roll Suicide” and “Ziggy Stardust”.

Hawkins, Navarro and Chaney were joined by Foo Fighters guitarist Pat Smear and Foos backup vocalist Barbara Gruska, who played the group’s drummer when Hawkins walked away from the group to sing the lead. And at the conclusion of “Ziggy Stardust,” Taylor’s 14-year-old son Shane played the drums. It’s a little bad,” Hawkins told the audience as he walked on stage. “That’s for sure.” His presence caused Taylor to change the lyrics to, “He took it too far / But boy can I play the damn drums.”

The NHC came together in early 2020 when the pandemic left Jane and the Foo Fighters addicted off the road for an indefinite period of time. It started with Hawkins, Navarro, and Chaney jamming in the studio, but it quickly grew into something else. “We just kept moving forward, and before we knew it, we had a bunch of work in place,” Navarro said recently rolling rock. “Then the light bulb went out and we realized we had a real band and were going to make a recording.”

They are still finalizing that record, scheduled for sometime in 2022, but they are already planning a major tour. “I kind of imagine our live show somewhere between Rush and The Faces,” Hawkins said rolling rock. “I want there to be a looseness, a festive atmosphere. My attitude is, ‘If you’re here, get on stage and play with us.’ Let’s just say America is there. We have no problem getting them there and going down the Ventura Highway.” America, if I was around, join the gang.”