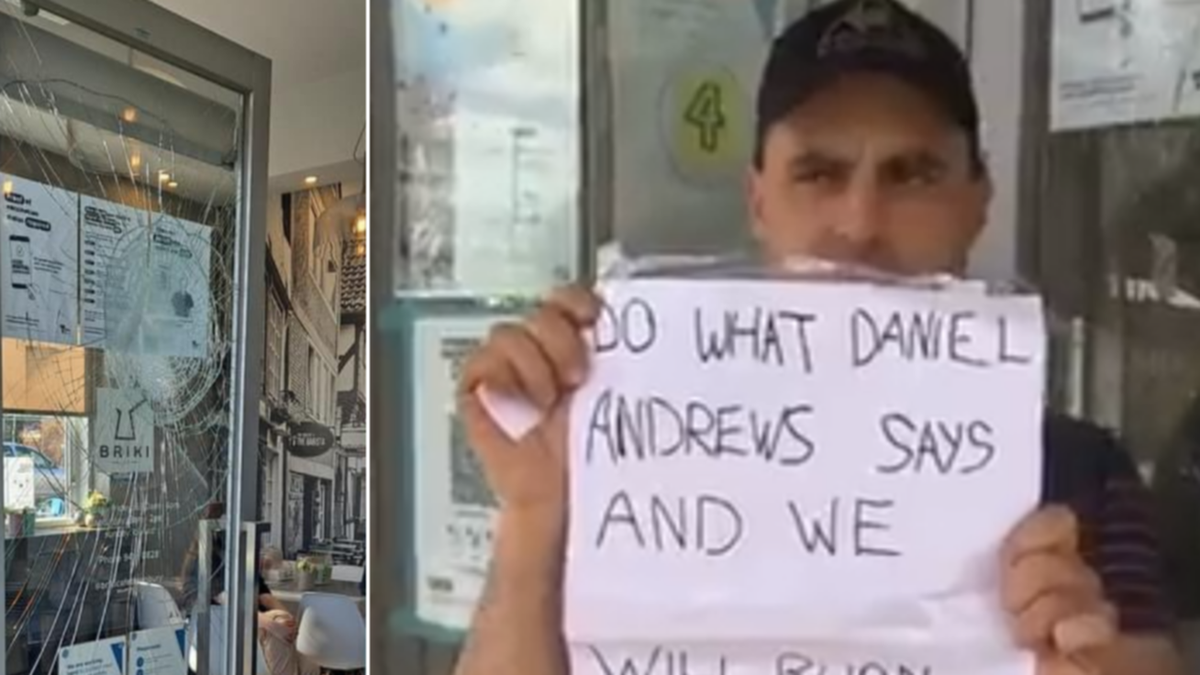 A popular Melbourne cafe was attacked on Sunday night, when vandals hung death threats on the store’s front window.

Braiki Café, a local favorite in Melbourne’s Inner North, the front window was smashed with bricks as threatening messages were hung on COVID safety signs on the door.

In the video above, vandals attack a cafe in Melbourne

The terrifying handwritten letter threatened the cafe owner, saying, “Do as Daniel Andrews says and we will burn down your store and kill you, Mom.”

The owner of the stricken cafe, Seamus Candias, said his company has already done a tough job during the pandemic.

“We went through a lot of difficulty,” Mr. Candias told 7NEWS.

“Sometimes it was hard to find the money to pay the rent.”

Locals have since come forward issuing their support for the café after the brutal attack.

Jed Kearney, MP for Cooper in Victoria, condemned the act in a Facebook post and issued a statement in support of “one of her favorite coffee shops”.

“Whatever your opinions about mandatory vaccinations, everyone should feel safe at work.”

“I am looking forward to returning to Braiki Café. With the help and support of the community, I know they will be back to normal in no time.”

Three cafes on nearby High Street were also damaged by bricks.