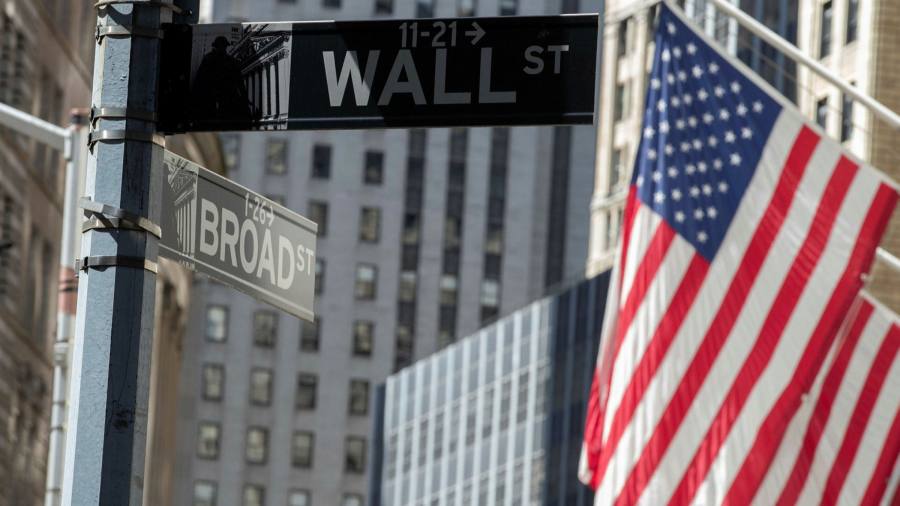 Stocks rose marginally and prices of short-term government debt fell on Wednesday, as a number of strong US economic data added to questions about the future direction of monetary policy.

The S&P 500 benchmark advanced 0.2 percent in New York, while the technology-focused Nasdaq Composite rose 0.4 percent after an earlier decline.

In government bond markets, the yield on two-year US Treasuries – which is affected by fluctuations in monetary policy expectations – rose 0.03 percentage points to 0.64 percent. But while investors continue to avoid short-term US sovereign debt, they are offering higher rates for 10- and 30-year Treasuries. The yield on the 10-year bond fell 0.03 percentage point to 1.64%.

The US currency strengthened on Wednesday, with the dollar index – which measures the greenback against a basket of six others – up about 0.3 percent. Meanwhile, the euro touched its lowest level against the dollar since July last year, and briefly fell below $1.12.

The shifts in financial markets have been prompted by comments from senior Federal Reserve officials in recent days, as some policymakers have pushed to tighten monetary policy to curb inflation.

Strong economic data Minutes from the Federal Reserve’s November meeting that showed many policy makers advocating a faster cut in stimulus added to that sentiment on Wednesday.

“For the Fed, the data surprises were all coming in one direction: toward faster normalization,” said Michael Feroli, an economist at JPMorgan Chase.

State unemployment offices received 199,000 initial claims for benefits on a seasonally adjusted basis last week, down from 270,000 the previous week, according to the US Department of Labor. This drop brought unemployment claims to their lowest level since November 1969.

Wednesday also brought new data on The Fed’s preferred measure of inflation Personal consumption expenditures price index. The core personal consumption expenditures index, a measure that strips out volatile components such as food and energy, rose 4.1 percent year-on-year in October to a three-decade high, accelerating from 3.7 percent the previous month. The latest figure came in line with economists’ expectations, according to a poll by Refinitiv.

The data also showed that US consumer spending rose 1.3 percent in October compared to September, topping economists’ expectations of 1 percent. 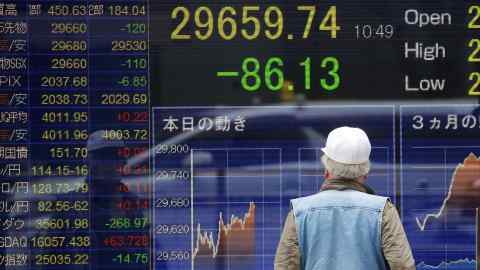 “Consumers are dealing with higher prices, but they are still spending,” said Michelle Meyer, head of US economics at Bank of America.

New economic numbers prompted Goldman Sachs economists to raise their forecasts for economic output for the fourth quarter. They now believe that the US economy will grow 6 percent from a year earlier in the last three months of 2021, up from a previous forecast of 5 percent. JPMorgan’s Feroli also raised his forecast.

In Europe, the regional stock index Stoxx 600 was up just under 0.1 percent at the close. The FTSE 100 index in London rose about 0.3 per cent.

Brent crude fell 0.1 percent to settle at $82.25 a barrel. Biden on Tuesday authorized the release of 50 million barrels of oil – About 2.5 days of oil consumption in the United States – Trying to lower gasoline prices for consumers.

Robert Armstrong explains the most important market trends and discusses how the best minds on Wall Street respond to them. Participation Here To send the newsletter directly to your inbox every day of the week

html – The text of the NAV bar overlaps when resizing the display.