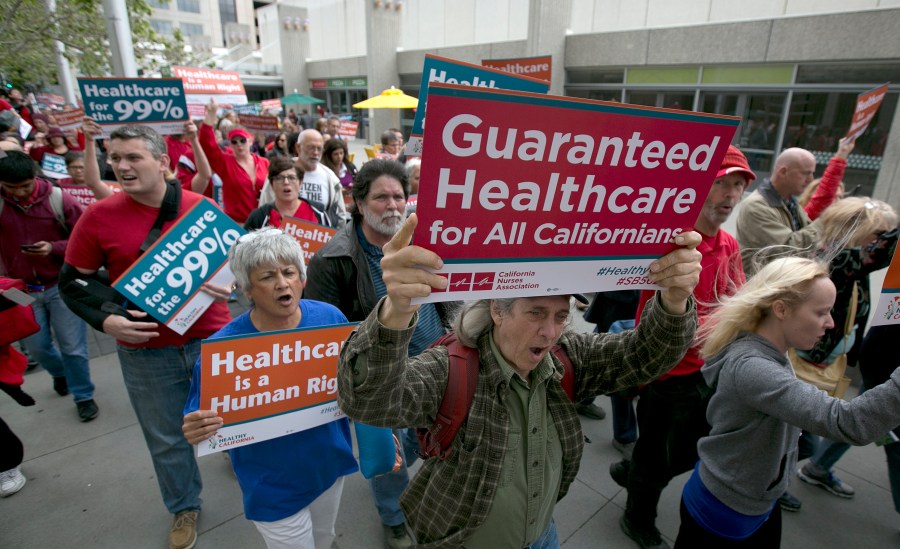 California Democrats on Monday failed to gather enough support to advance a government-funded universal health care system, succumbing to intense pressure from business groups and the insurance industry in an election year.

The bill had to pass by midnight on Monday to have a chance at becoming law this year. But it never came up for a vote after its Democratic author, Assemblymember Ash Kalra, realized it would not pass.

“It became clear that we did not have the votes necessary for passage, and I decided the best course of action is to not put AB 1400 for a vote today,” Kalra said.

While the measure would have created a universal health care system and set its rules, it did not say how much that system would cost or how the government would pay for it. Democrats had filed another bill that would impose hefty new taxes on businesses and individuals, hoping to separate the two issues.

Still, debate about the bill had been dominated by costs. A study of a 2017 proposal in California estimated it would cost $331 billion, which is about $356 billion today when adjusted for inflation.

But California is on pace to spend about $517 billion on health care in 2022, according to an analysis by a commission established by Gov. Gavin Newsom to study universal health care. The largest chunk of that is from employers and households, followed by the federal government.

California’s total operating budget — which pays for public schools, courts, roads and bridges and other important services — is roughly $262 billion this year.

The California Nurses Association, which has pushed for the legislation for years, condemned the decision not to call the bill for a vote, saying it provided “cover for those who would have been forced to go on the record about where they stand on guaranteed health care for all people in California.”

“Nurses are especially outraged that Kalra chose to just give up on patients across the state. Nurses never give up on our patients, and we will keep fighting with our allies in the grassroots movement,” the association said in a news release.

Assembly Speaker Anthony Rendon, a Democrat from Lakewood, said he was “deeply disappointed” Kalra decided not to call the bill for a vote.

“With time, we will have better and more successful legislation to bring us closer to this goal,” Rendon said. “I expect more and more from my colleagues to sign on, so we can make California a health care justice leader.”