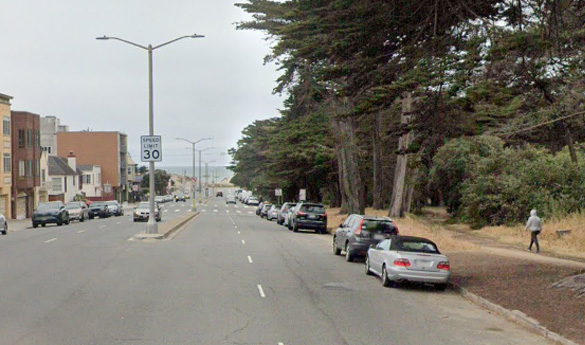 The vehicle that fled the scene — a black Audi SUV — had been reported stolen.

The Audi struck a Honda SUV at 7:34 pm at 46th Avenue and Lincoln Way, four blocks from Ocean Beach in the Outer Sunset neighborhood.

The Honda was reportedly being operated as an Uber car. Its passenger, Barry McGrath, 38, of San Francisco, was taken to a hospital, where he died. The driver suffered non-life-threatening injuries.

Tha Audi had been reported stolen in San Francisco on Jan. 12. The police report on Saturday’s crash described the driver as a bald white man, about 45 years old and possibly more than 6 feet tall.

The Irish Times said McGrath was from Ireland’s County Galway. His LinkedIn page says he had worked for more than six years in the Bay Area for PricewaterhouseCoopers.

The Facebook page of the San Francisco Gaelic Athletic Association posted a tribute to McGrath, a club officer and a player with St. Joseph’s Hurling Club in Silicon Valley.

Anyone with information about the crash is encouraged to contact the SFPD Anonymous Tip Line at 415-575-4444 or text a tip to TIP411 with SFPD at the beginning of the message. The case number is 220065181.