A moment in time may be the last for this group of colleagues.

All the rumors were finally put to rest on November 23 when Steve Burton confirmed that he had been dumped Public Hospital, because of the mandates that have been placed on the ABC soap. Although he applied for medical and religious waivers, both were denied.

On November 19, Jason’s fate seemed to be decided – or was it? – When gunfire erupted and the tunnels collapsed beneath Cassadine Island, leaving him buried in a bang. In a later episode, Anna received word that there was no sign of life when the research team surveyed the area. So, was this the last time we saw Burton as Jason? 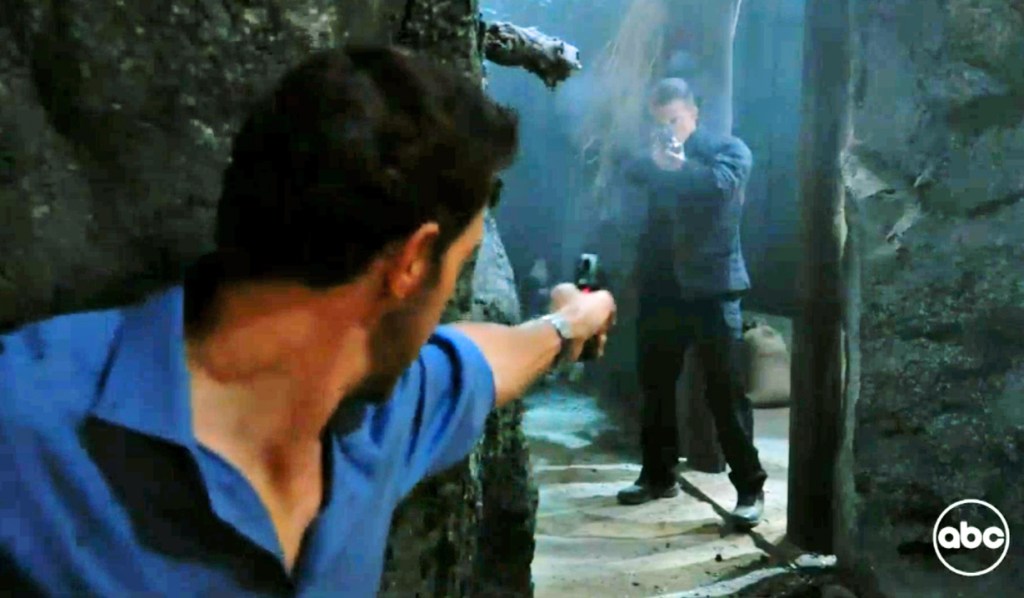 His co-star Kelly Thiebaud (Brett) shared a group photo on the set via Instagram with Burton, Cameron Mathison (Drew) and Kathleen Gatti (Lisle). Their colleague Johnny Waktor (Brando) gave everyone a big shout out to their “cool scenes” while Matheson sent his love with a string of heart emojis.

But the question remains… Is this the last picture of Burton from the set? We have a feeling fans can rest easy knowing this That Jason will be back, given that story deadlines are what makes the world of soap spin. But like you, if Jason returns, we’ll have to wait and see if Burton will reprise the role or if the show will recast the character.

Speaking of Jason, you might be interested to read what we thought Public HospitalThe story surrounding Sonny’s return and the missed opportunity for some major drama between a mob boss, his wife, and her best friend – Sonny’s Right Hand. Take a look at this and other daytime mishaps The dumbest things the day did in 2021.

Plus, start your holiday shopping with our website Public Hospital Gift guide In the gallery below, including a Stone Cold mug!

Joe Judge, the giants are trying not to draw attention to the new caller