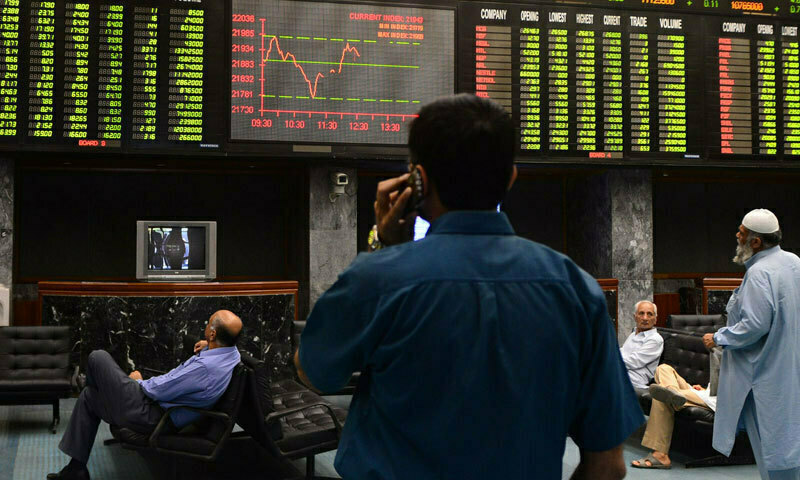 The week’s opening session came hours after the International Monetary Fund (IMF) announced announce They reached agreement at the staff level on steps to revive the loan package. The session opened positively and recorded an intraday high of 46601.90 points during the first half of the hour.

However, the bears quickly took control and caused the index to drop to 45,814.55 points just before 1pm.

According to Head of Equity at Intermarket Securities, Mr. Reza Jafari, “Despite having a staff-level agreement with the IMF, the market is prioritizing a sharp 150 basis points increase in the interest rate on Friday. This is due to the expectation of further increases in Interest rates in a few upcoming MPC meetings.

“Furthermore, it will take some time – possibly a few weeks – before the IMF Executive Board approves, which may wait for remaining prior actions such as repealing tax breaks and the SBP Act before giving formal approval to resume the program.”

Earlier today, the International Monetary Fund issued a statement saying that it has happened Link Staff-level agreement with Pakistan on policies and reforms needed to complete the sixth review under the $6 billion Extended Fund Facility that has been “on holiday” since April.

The International Monetary Fund said that the agreement is subject to approval by the Fund’s Executive Board, after implementing prior measures, particularly with regard to financial and institutional reforms. It added that approval of the agreement would make available $750 million in Special Drawing Rights, equivalent to $1,059 million.

According to the IMF statement, this would bring the total disbursements under the program to $3,027 million and help unlock financing from bilateral and multilateral partners.

Meanwhile, SBP . had lift Its benchmark interest rate increased by 150 basis points to 8.75% on Friday as it grappled with rising inflation and uncertainty.

The International Monetary Fund stated that the government’s policies will help protect the positive outlook in the near term, and forecast that Pakistan’s economic growth rate will reach or exceed 4 percent in the current fiscal year and 4.5 percent in FY23.

He noted that inflation in the country remains high, adding that it “should begin to see a downward trend once the passage of the rupee devaluation is absorbed, and temporary supply-side constraints and demand-side pressures dissipate.”