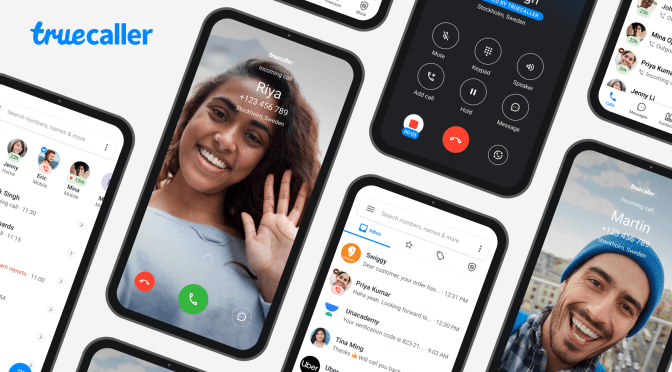 Truecaller was launched in 2009 as a simple caller ID app. In the last few years, it has acquired many new features, such as smart call history, built-in dialer, SMS inbox, payments, and inbox cleaner. It has recently reached 300 million monthly active users globally of which 70% user base is based in India. Now, with version 12 for Android, Truecaller is getting some more simple new features, including a video caller ID and a call recording option for all users.

The update brings a minor redesign to the app that separates calls and SMS into separate tabs, as requested by users. Video caller ID is one of the biggest additions to the app. It basically allows you to record a short video of about 10 seconds that is played on your friend’s phone when you call him, and there are templates to choose from. This only works if both parties are using the Truecaller app.

Call recording, previously reserved for paid members, will now be available to all users on the platform with the latest updates. The company clarified that it will immediately show it to consumers in countries where there is a law against call recording, although there is no such restriction in India.

There are also some new features that are exclusive to Truecaller Gold and Premium subscribers. The app will read the caller’s name so you know if you have to pick it up or ignore it. It works if you’re in another room when your phone starts ringing, and it works even if you’re wearing headphones. There is also the Nafty Ghost Call feature, which can be a neat trick to get out of a weird situation or play a joke. You can also set the custom name, number, and profile picture before scheduling a fake call, or choose one of your contacts.

All of the above features are now starting with Truecaller 12 for Android, starting in India in the coming weeks before spreading to other parts of the world. You can get the latest version from the Play Store or APK Mirror below.

Srivastava has been loyal to Android for a long time. He quit his IT job to share the same passion as a writer and reviewer. Previously, he was on TechRadar.