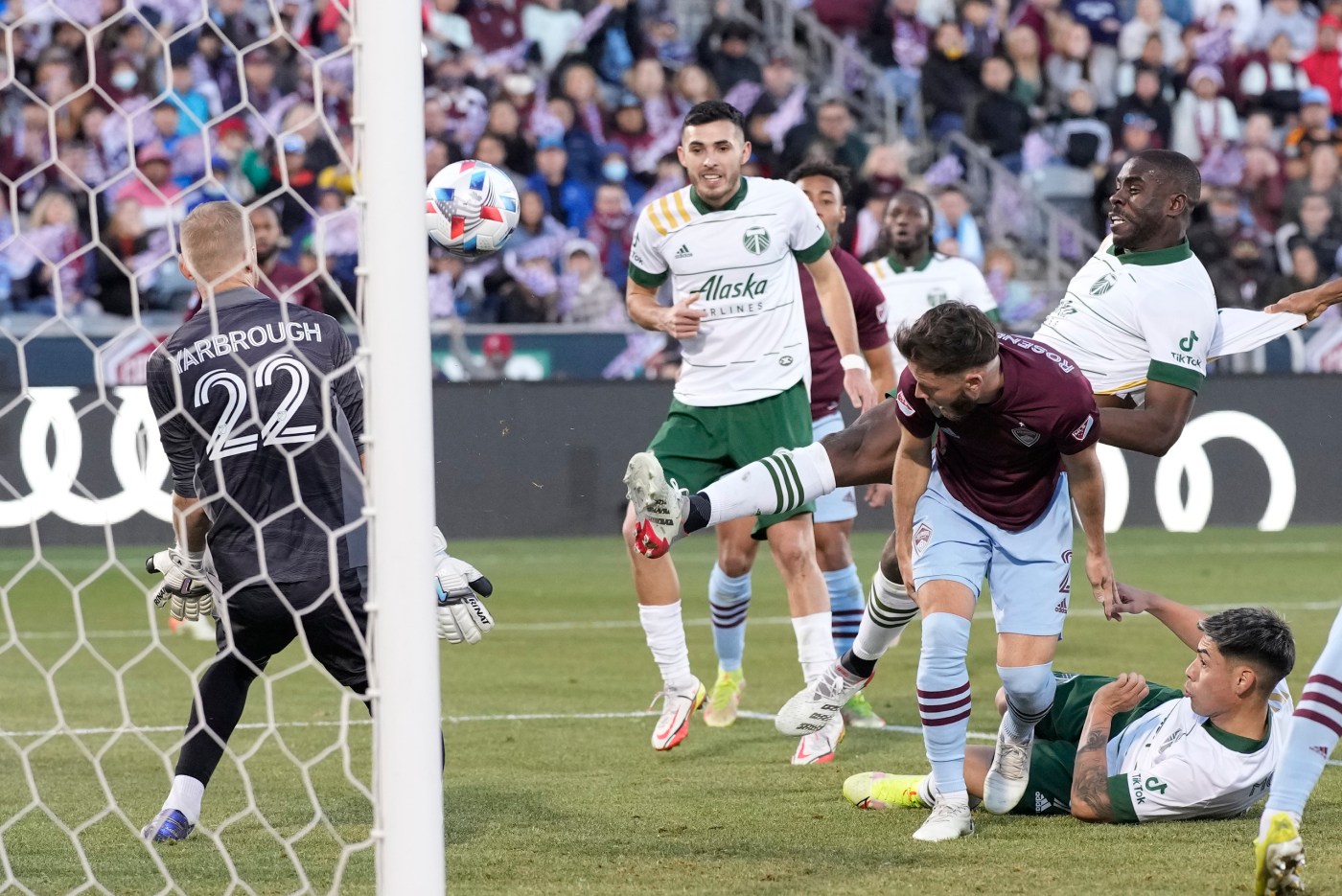 A season full of promise came to an abrupt end on Thursday afternoon.

Portland’s Larrys Mabiala emptied the filled Dicks Athletic Field with a goal in the 90th minute, ending the Colorado Rapids’ MLS Cup hopes with a 1-0 defeat in the second round of the playoffs.

“A really disappointing way to clearly end our season,” coach Robin Fraser said. “Credit to Portland, they did what they had to do to win. I felt like we had them under a lot of pressure in the first half. We were lucky we didn’t get one during that time period, and then in the second half I think we lost a little bit of control.”

After winning his first MLS Western Conference regular-season title, bid farewell to the first round with a big decision-day win, the Rapids were unable to claim their first playoff win since 2016.

Making the loss even more painful was the way Mabeala’s winning goal came in the final minutes of the match.

Kellyn Acosta converted a corner kick right in the air, it fell into the penalty area and then chaos ensued. Suddenly, the ball reached Mabeala’s feet and put it in the net.

“It’s one of those things that you can’t control sometimes,” Fraser said of the goal. “It just becomes a crapshoot in the middle of the box.”

It was clear from the start Thursday that the state has embraced these slopes. The pre-game video included best wishes from the Denver Broncos, Denver Nuggets, and the Colorado Avalanche members.

Fears that a holiday game could hamper attendance at the Rapids’ biggest game in years have proven unfounded, with a raucous crowd of 17,438 filling the DSGP for the first MLS playoff game on Thanksgiving Day. It was the biggest crowd on home soil this season.

“It was exceptional,” Fraser said. “We heard them all the way. We would like to give them something more to cheer them up. But it was the best atmosphere I’ve ever seen.”

The first half saw no goals but plenty of chances for Rapids. They had nine shots and created many scoring opportunities. The most obvious opportunity came from Dominic Badji, who got a free header that was brilliantly saved by Portland goalkeeper Steve Clark.

However, the momentum began to turn in the second half. The Rapids continued to create chances, but Portland was more aggressive on the counter-attack. They kept putting pressure on the Rapids and in the end, in the 90th minute, the goal came from Mabeala.

“It’s not (the fans’) fault in any way,” said Rapids captain Jack Price. “They’ve been with us all the way. We are very disappointed as a group, staff and club, that we couldn’t give it to them today because they came out in droves for Thanksgiving.”

The Rapids had some time to make the last batch. But more chaos ensued, including a red card for Portland’s Dairon Asprilla. The final push was in vain, and the No. 1 seed in the Western Conference rebounded from the playoffs.

Despite the painful end to the season, the Rapids did not lose everything the team accomplished in their second full season under coach Fraser.

It was a record season in terms of wins and where they finished in the standings. They packed Dick’s Sporting Goods Park on Thanksgiving Day, and with so many pieces back, this might just be the beginning.

“I feel like we’ve taken big leaps this season,” Price said. “We have grown as a team, and the bonding and synergy are as strong as ever. This will make us stronger again.”