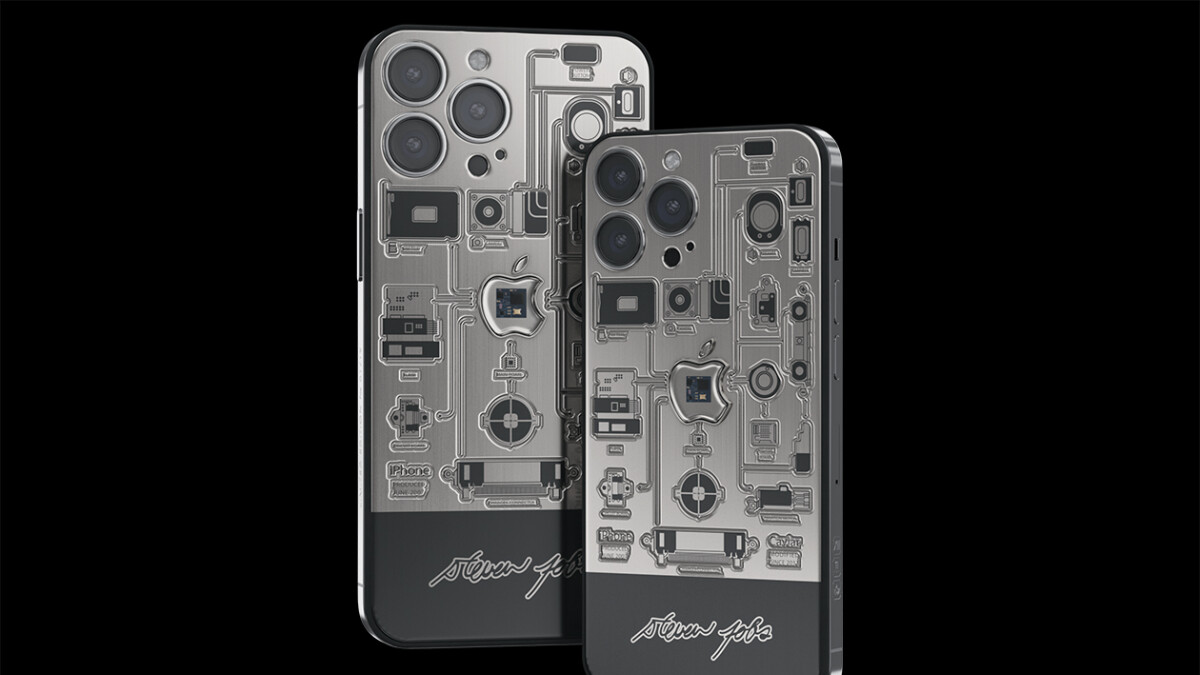 Do you remember the first iPhone? How did Steve Jobs introduce him on stage on January 9, 2007? And how thousands of people waited in line for days to buy it? The first generation of the iPhone, also known as the iPhone 2G, changed everything.

So, in honor of this phone legend, Caviar, a brand that specializes in designing luxury smartphones and accessories made from luxury materials, recently released a new design. The iPhone 13 Pro features an original first-generation iPhone piece.

The iPhone 13 Pro design pays homage to the first iPhone.

This new iPhone 13 Pro design was created using the original pieces of the iPhone 2G, which was divided into 19 pieces for 19 copies of the “iPhone 2G”, as Caviar says. The pieces were housed in a sealed capsule. Apple logo and then jewelry resin filled.

The body itself was made using aviation grade titanium and is decorated with drawings of the interior of the phone. The drawing is laser mounted on the housing. According to Caviar, the purpose of the decoration was to show the connection of the key elements of the device with the motherboard, which is located in the Apple logo.

But what influenced this new design? “This phone sparked my passion for Apple and, thus, inspired me to explore Caviar. Our iPhone 13 Pro” 2g “is a tribute to this great man – the inventor who turned our world upside down. – Steve Jobs, “said Sergei Kutov. Why the first generation iPhone and Caviar made this version of iPhone 13 Pro.