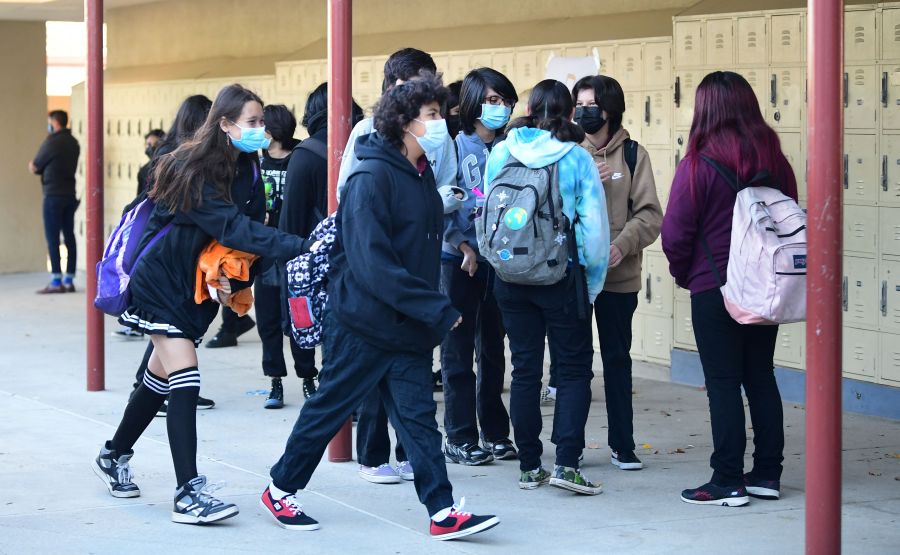 The segregation of young students from low-income families — caused by high enrollment rates in Latin America and the departure of middle-class and white families — has worsened across the country over the past 15 years, widening achievement gaps along economic and racial lines, a new study concludes.

In 2000, the typical child from a family living below the poverty line attended an elementary school where 45% of those enrolled were children from middle-class families. By 2015, that number had fallen to 36% nationally, according to a study by the University of California at Berkeley and the University of Maryland. The researchers compared data on primary school students in more than 14,000 school districts nationwide over a 15-year period, ending in 2015.

“The increasing segregation between haves and have-nots over the past two decades” is particularly concerning in light of other research indicating that students from lower-income families make less academic progress because they “control school district enrollment rates,” said the study director. “. Bruce Fuller, Professor of Education and Public Policy at the University of California, Berkeley.

Other research has provided evidence of learning The gaps between students widened More during the COVID-19 pandemic, which struck Harder in lower incomes, mostly Latinos and blacks Communities, where families had fewer resources to respond and recover.

Read the full story at LATimes.com.