This weekend, enjoy the most delicious dishes in our restaurant the new era‘Outside brunch. Spanish Marie Brewing celebrates its third anniversary with a three-day block party filled with wine, food, and live music, Tran An hosts a first Christmas party with a local chef-curated menu with cocktails and old-school dance songs, and Macchialina is re-releasing its popular Red Sauce Sunday.

Starting today (Friday), Kendall’s Spanish Marie Brewery is celebrating its third anniversary with a weekend party. More than 50 draft beers will be served from many breweries. Spanish Marie will also be offering a limited-edition anniversary beer in anticipation of Halloween: a fermented sour beer with cotton candy, whole marshmallows, shredded coconut, cinnamon, and vanilla bean. Food will be provided by guest vendors including Luchadough and Panolo in collaboration with Haochi and Ted’s Burgers. Anniversaries will take place in the brewery’s wine room, known as Speakeasy, but attendees will have access to the brewery’s main sitting room and outdoor back alley. Friday, October 8, 4pm to 1am, Saturday, October 9, noon to 1am, and Sunday, October 10, noon to 8pm at Spanish Marie Brewery, 14251 SW 120th St. , Ste. 108, Miami; 305-456-5490; spanishmariebrewery.com. Submission is free. 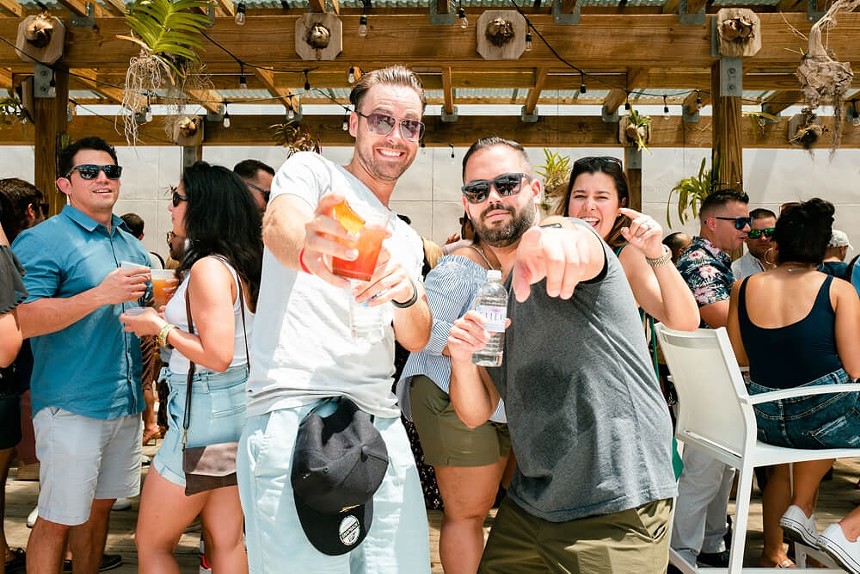 Have fun with your friends at Out to Brunch.

the new era’ outside brunch 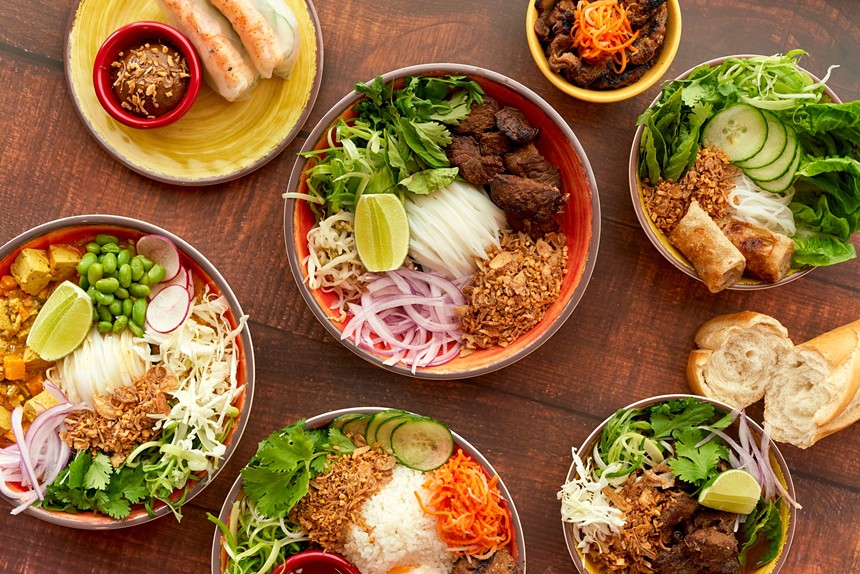 Variety of dishes in Tran An

On Sunday, Tran An will celebrate its first anniversary in Little River. The outdoor celebration will include a menu curated by local chefs, paired with old school dances and disco vibes by DJ Paul E, and cocktails by Helen Kim. Co-Chefs John Nguyen, Brad Kilgore, Daniel Roy and Raheem Seely will introduce their childhood favorites with an adult twist. Highlights include Chinese sausage fried rice, fried beef with French fries, pork sliders, chicken, and dumplings. 5 p.m. to late Sunday, October 10, at Tran An, 215 Northeast 82nd Street, Miami; RSVP via eventbrite.com.

A plate of pasta at Macchialina in Miami Beach

Red Sauce Sundays come back to the Macchialina for October. Indulge in Chef/Owner Mike Pirolo’s signature dish, a rich pasta filled with sausage, meatballs, pork ribs and oxtail plus whipped ricotta. The meal is available for indoor or outdoor dining. Served every Sunday in October, including days 10, 17 and 31, at Macchialina, 820 Alton Rd. Miami Beach; 305-534-2124; macchialina.com.

Pincho attends the fire with the arrival of a warm vaca fritta. For a limited time, customers can enjoy the concept’s newest menu item, created by Pincho’s Culinary Director, Adrian Sanchez. During October and November at all eight locations in Miami Dade and Broward, a hand-held spicy vaca fritta will be available to order. Each one is served on a toasted buttered brioche bun, with 16-hour-cooked beef, topped with provolone cheese, lettuce, tomato, onion, guacamole, and spicy pincho sauce ($10). Pair the item with 627 Lager, a Mexican-style Pincho beer brewed by MIA Beer Company. The 627 Lager is offered in ready-made cans or on tap and sold separately in the store for $6.27 per can. Available at all Pincho locations; pincho.com.