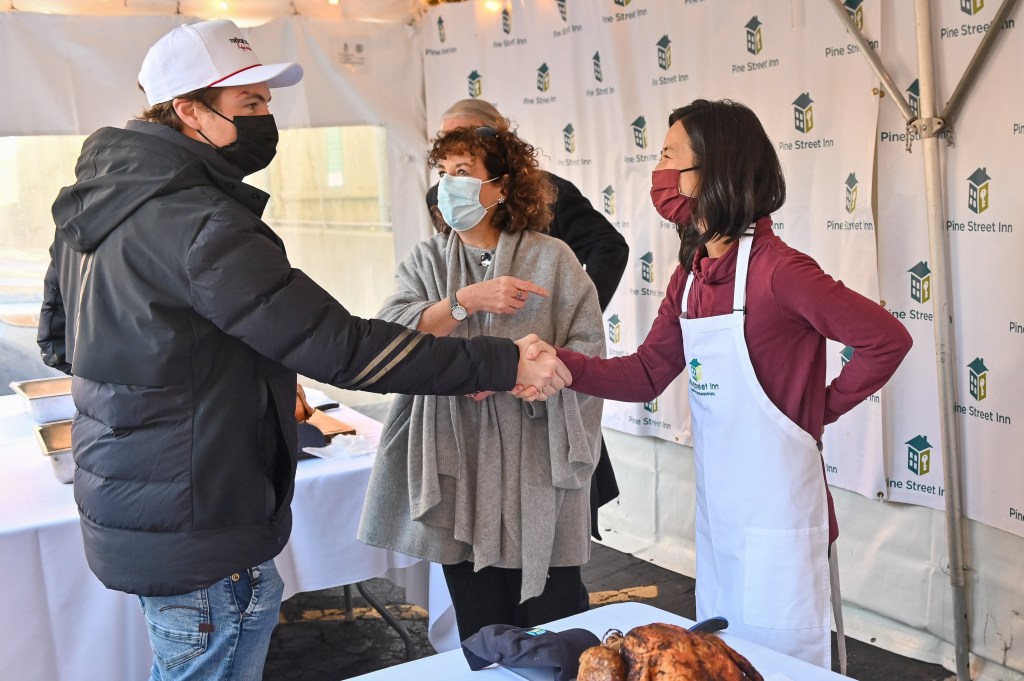 Thanks to the Homeless at Pine Street Inn 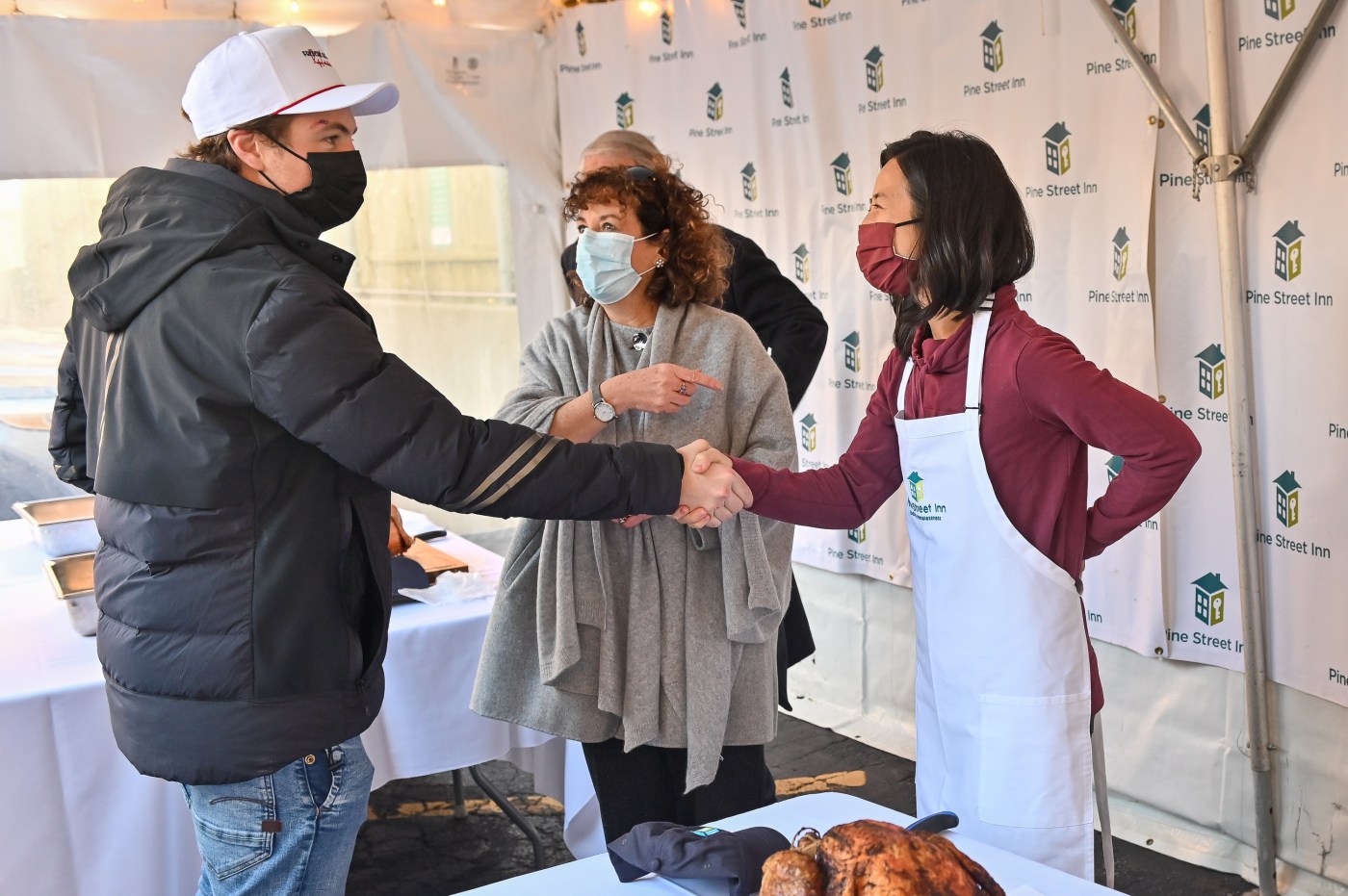 A cadre of Bruins officials and advocate Charlie McAvoy carved Thanksgiving turkeys outside the Pine Street Inn, New England’s largest homeless shelter, while one of its guests, Pamela Moyes, stood by a walker filled with almost everything she owned.

The pedestrians were due to arthritis that spread throughout her body. Most of the belongings were clothes, a phone, and a Chromebook that she got in the class she was taking to learn how to use.

Two and a half years ago, the friend she was staying with kicked her out in the middle of winter, and she slept under a bridge for three nights until the police brought her to the shelter.

But the road to Thanksgiving on Pine Street was a long one.

Muise and her mother, a native of Lowell, moved to Somerville when she was two years old. She graduated from Somerville High School and, like many of her friends, married her high school sweetheart. But it turned out to be nothing but a nice thing, Muise said.

“He used to come behind me and choke me and drag me to the ground,” she said. “I took a lot of beatings from him to protect our daughter.”

Muise said the last straw was when he slapped their daughter in the face and made her mouth bleed.

She left with her daughter and moved a lot, and he spent a few years in prison. When he came out, he chased after her. So they went to live with friends in Nova Scotia because Moyes was told he couldn’t cross the border if he had a criminal record.

After their divorce, their daughter moved back to Somerville to live with her grandmother because she was 18 and missing her friends and boyfriend.

Muise eventually returned to Massachusetts as well, continuing to roam, from Everett to Wakefield to Saugus to Melrose.

“Housing stability must be the foundation of our recovery,” Mayor Michelle Wu said at yesterday’s Thanksgiving dinner. “Housing is health, housing is safety, and housing is opportunity. Without that foundation, every other issue that we work on for our residents is more complex. So this is where we need to put our resources and really focus so everyone gets that shot.”

For 40 years, Muise was a secretary until she had a stroke in 1997. She has been living on disability ever since.

She lived with her cousin for ten years, then found an apartment in Maynard, but its owner died, and his children sold the house. She then moved to New Mexico, where she took care of her parents until their deaths.

There she met a man, now her fiancé, in a restaurant.

He told her he was on leave from the army, and after his leave was over, the two wrote back and forth.

“He said, ‘I will marry you one day,'” Muise said and smiled.

The two traveled while he was home on vacation, and while he was away she decided to come back and live with her daughter and then a friend who had kicked her out over the winter, which led to her stay at the Pine Street Inn.

But she is not planning to stay longer.

She said her fiancé is retiring from the army and she hopes to live with him in January.

In the meantime, she’ll stay on Pine Street, and she’ll be grateful to have at least a temporary home.

“The staff here are kind, and they make holidays like Thanksgiving as special as possible,” she said.

Sensex Today: Stock Market Live Updates: Sensex down 800 points, Nifty below 17,300; Only the pharmaceutical sector is in the green zone; Asian markets collapse due to new Covid problems

COVID-19: ‘We can roughly predict how this will move’ – South Africa grapples with a new variable | world News