By Adam S. Levy For Dailymail.com

Thandiwe Newton took to Twitter Sunday with critical comments of Sean Penn, after he said American men have ‘become quite feminized’ in contemporary culture.

‘Dude what are you SAY-ING?? Like for REAL?’ the 49-year-old actress said, with a link to a story about Penn’s remarks. ‘You’re a jibbering FOOL.’ MF you used to be sexy but now you’re just tragic.’

The Westworld star noted the presence of Penn’s daughter Dylan Penn, 30, in the joint interview, writing, ‘In front of your daughter!? That poor little mite. The latest: Thandiwe Newton, 49, took to Twitter Sunday with critical comments of Sean Penn, 61, after he said American men have ‘become quite feminized’ in contemporary culture

‘Please stop ruining the brilliance of Licorice Pizza with this nonsense,’ Newton said, referring to his role in the film as Jack Holden.

Penn, 61, spoke on the topic with The Independent last week, saying, ‘I think that men have, in my view, become quite feminized.

‘I have these very strong women in my life who do not take masculinity as a sign of direction toward them. There are a lot of, I think, cowardly genes that lead to people surrendering their jeans and putting on a skirt.’ 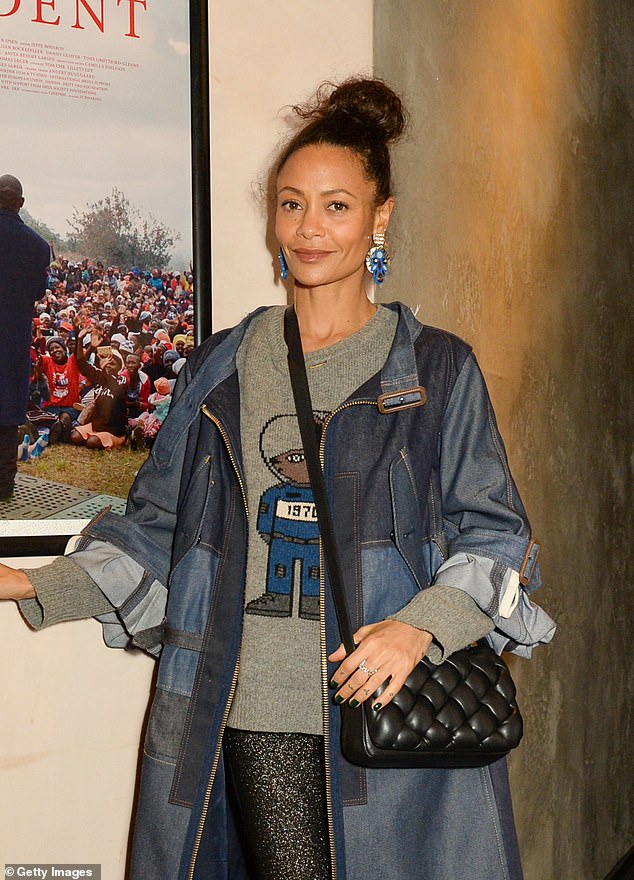 The outlet noted that Dylan was ‘quiet’ and ‘staring into space’ when Penn made his remarks.

The Oscar-winning actor was following up on remarks he made to a newspaper January 14, in which he said he ‘believes that men in American culture have become wildly feminized.’

‘I don’t think that being a brute or having insensitivity or disrespect for women is anything to do with masculinity, or ever did. But I don’t think that [in order] to be fair to women, we should become them.’