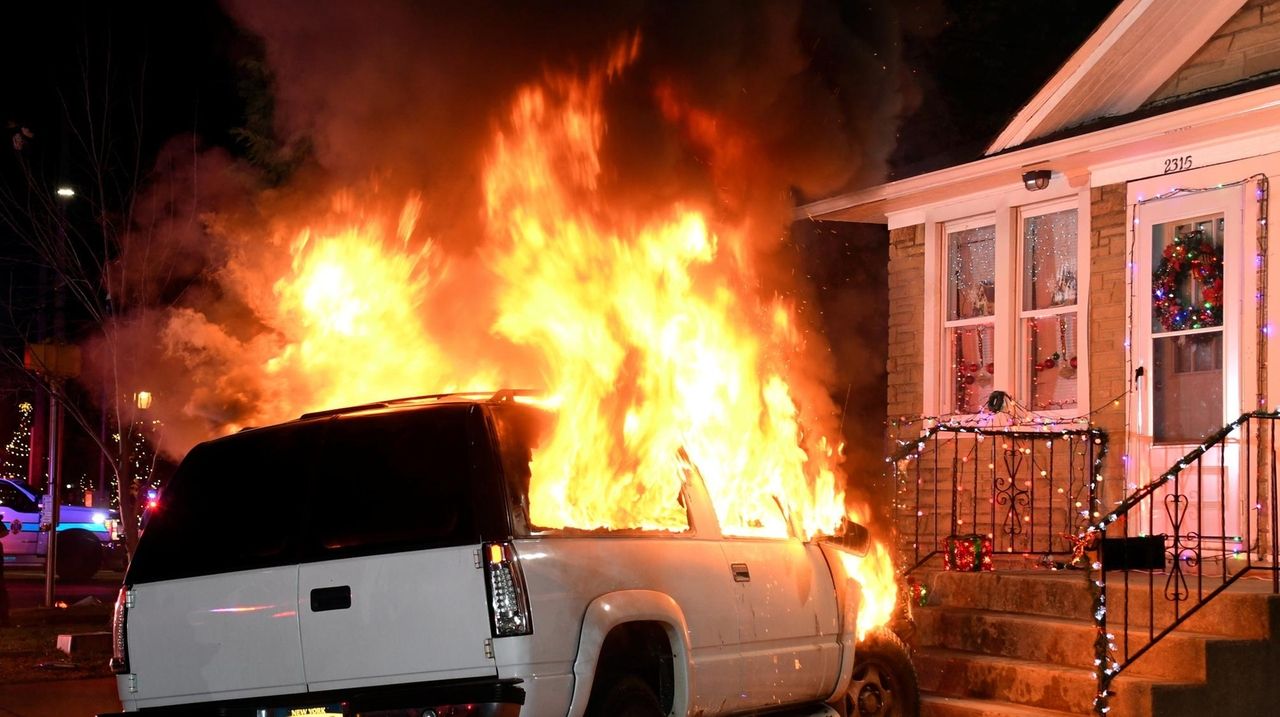 A four-car crash on the Great Neck Road in Copiage on Wednesday night ended with an SUV “completely on fire” on a homeowner’s property, police said.

Suffolk police said the four drivers survived with serious injuries, although they were all taken to local hospitals.

The collisions began around 8:39 p.m. near Dixon Ave. When an adult was driving a Chevrolet SUV, it hit the back of the vehicle in front of it.

Police said this caused a chain reaction and two other vehicles collapsed from behind.

“A Chevrolet veered off the road and stopped at a residential property and it was completely set on fire,” police said.

None of the drivers’ identities were revealed.

From breaking news to specials and documentaries, the NewsdayTV team covers the issues that matter to you.

Joanne Gralla is a mission general correspondent who also covers parks, flood control, and Holocaust reparations. She is a former Reuters reporter who has covered politics, economics and markets.