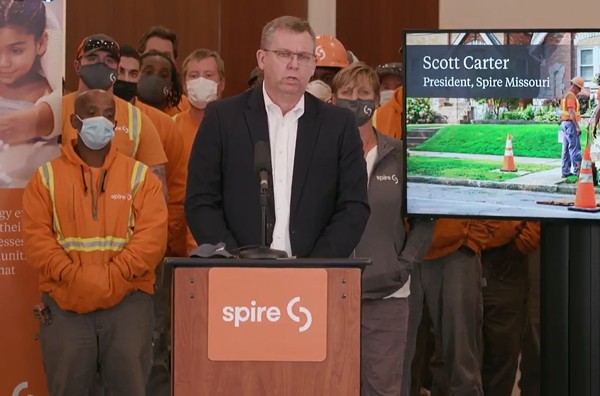 After Spire Missouri warned its 600,000 customers that its ability to heat 400,000 homes and businesses this winter was “at risk,” the energy company now says it is “encouraged” by data from federal regulators who are deliberating on the fate of a major pipeline.

There are only 11 days left before the December 13 deadline that could see Spire lose its operating license to its main St. Louis pipeline — a threat the company shared in a November 4 email that sent customers into a panic. While it also angered some local officials.

Such as Riverfront Times Reported last month, the current chaos has been years in the making, but only recently heated up Spire St. Louis Pipeline License Approaching its expiration date. If the license expires, the company has warned that it will not be able to make up for the shortfall with other sources of natural gas — potentially putting thousands of St. Louis residents at risk during the cold winter months.

However, in a December 1 email, Spire informed customers that recent statements from the Federal Energy Regulatory Commission indicate that a temporary license, which will allow the pipeline to continue operating through the winter, is on its way.

“Based on these impressions,” the email read, “It appears that the Spire STL pipeline is poised to receive approval from FERC to operate throughout this winter.”

While Spire’s latest communications fall short of the warning levels in its previous email, the company stresses that the risks to customers are real. Even with emergency plans and alternative sources of gas, the company writes, “there is not enough capacity on other pipelines to ensure Spire Missouri gets the amount of gas the area needs for peak days.”

Even if FERC granted Spire a temporary operating permit, the underlying challenge to the pipeline remains unresolved: Although FERC itself agreed to build the pipeline in 2018, the legal challenge eventually led to the US Court of Appeals ruling that the earlier approval It was illegal—even though, by the time the ruling was passed, the $280 million pipeline was already carrying gas to St. Louis. Meanwhile, Spire says it no longer has the same level of access to its previous gas pipelines and infrastructure, meaning it can’t make up the difference if the new pipeline loses its license.

In her last email, Spire expressed confidence in FERC while also hedging its expectations.

“Although we still lacked the certainty of formal approval to continue operating the Spire STL Pipeline for the full winter heating season, we are encouraged by statements from FERC commissioners that they commit to operating before the current approval expires on December 13.”

Spire’s email did not mention the recent rate hike for some residents in St. Louis And Southwest Missouri.