by Eleanor Hayward Health reporter for the Daily Mail

A new study suggests that women struggle more than men with everyday tasks in old age due to the financial toll of all the household chores they did when they were younger.

Scientists have studied how older adults deal with activities such as climbing stairs, lifting shopping or cooking meals.

Among the over-70s, women were more likely to have problems performing basic physical and mental tasks. The study, which was based on data from more than 60,000 people, suggested that this was due to the “social and economic deprivation” women suffered in the 20th century.

The researchers note that many of the women in the study — all of whom were born before 1960 — had not entered the labor market or higher education. 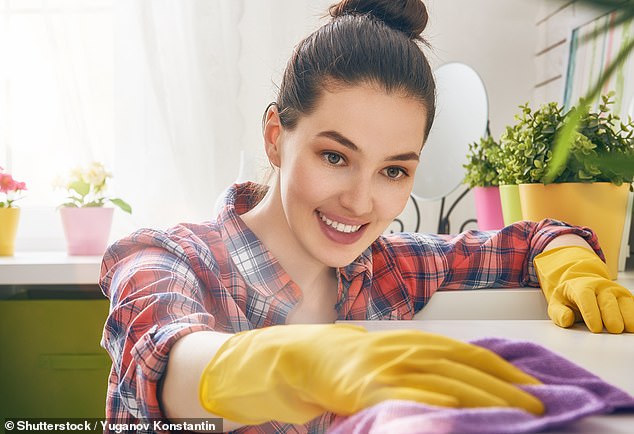 A new study suggests that women struggle more than men with daily tasks in old age due to the financial toll of all the household chores they did when they were younger. [File photo]

Instead, they were asked to do “domestic, unpaid work” such as housework.

The University College London study said such manual labor “exposes them to potentially disabling health risks” and reduces the ability to live independently into old age. However, it has found that the gap between men and women in performing everyday tasks has narrowed in recent years.

Lead author Michaela Bloomberg said: ‘Gender inequality in the ability to perform daily tasks at an older age appears to be decreasing over time. This can be explained by the fact that women have better access to education and are more likely to enter the paid workforce in recent generations.

She added that the range of physical abilities between older men and women “may be due in part to gender differences in body composition such as body mass and skeletal muscle”. The study looked at data on more than 27,000 men and 34,000 women between the ages of 50 and 100 living in England, Ireland and the United States.

Participants were assessed on their physical and mental ability to perform daily tasks. This included mobility problems, such as being able to climb stairs without assistance, carry groceries or extend their arms. 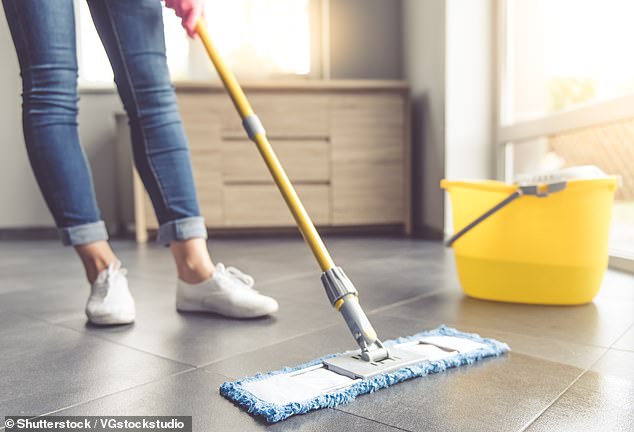 They were required to do “domestic and unpaid work” such as housework. A University College London study said such manual labor ‘exposed them to potentially disabling health risks’ and reduced the ability to live independently into old age. [File photo]

The authors of the study, published in The Lancet, concluded: “Women are more limited than men in performing daily tasks starting at age 70. We have observed that women are more likely to be limited in mobility activities from age 50 onwards.”

It comes after research this week found that household chores like vacuuming, washing and ironing may be the key to staying healthy into old age.

The study, which was led by a team in Singapore, said people over 65 who spend a lot of time doing housework have better physical strength, are mentally smarter and have greater protection against falls.

Experts said a clean environment may help people with serious dementia, but those who are less affected seem to cope better with a little bit of the usual chaos around them.

Researchers from the University of East Anglia asked 65 participants in various stages of dementia to perform daily tasks in different environments.

Professor Enida Mishi said it was “really important to know how best to support people with dementia at home”.