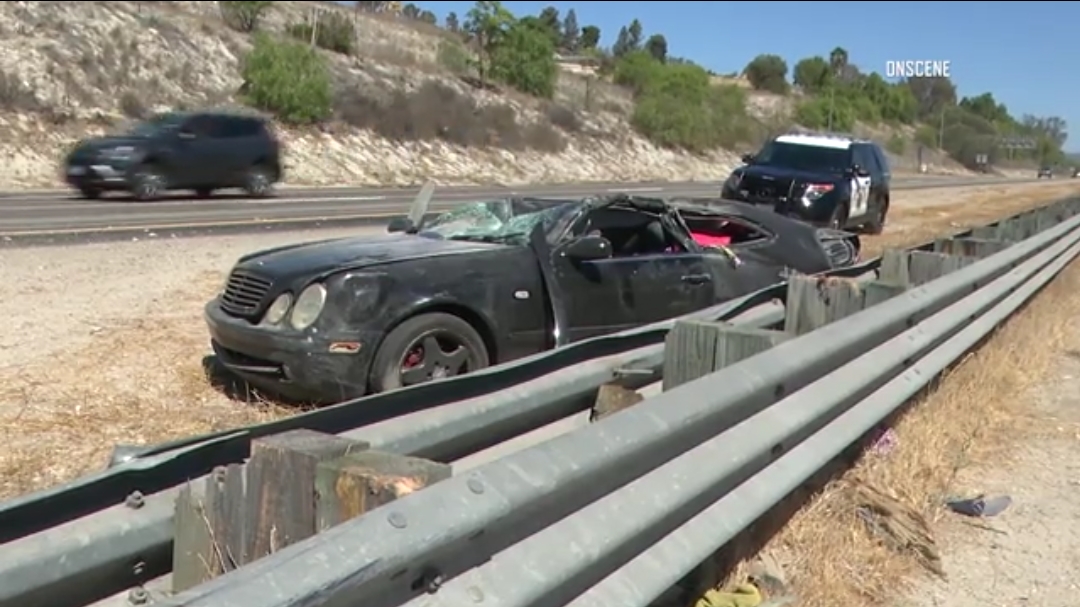 Spring Valley man Convicted of murder Charged with crashing his car on State Route 94 under the influence of drugs, killing one of its occupants, he was today sentenced to 15 years in prison for life.

An El Cajon jury indicted Rene Ruiz, 30, of causing the September 17, 2018, death of 24-year-old Melanie Alexandra Feliciano and the injury of another passenger.

Prosecutors allege he was under the influence of methamphetamine and Xanax at the time of the accident. Ruiz has been charged with murder due to a previous DUI conviction from 2011.

according to California Highway PatrolRuiz was behind the wheel of an eastbound 1999 Mercedes-Benz sedan that veered off the motorway for unknown reasons around 2 p.m.

Travis Garrow, the CHP’s public affairs official, said the car crossed a dirt shoulder near Sweetwater Springs Boulevard, hit a handrail, turned airborne and overturned. After the vehicle descended side-by-side through the center, the vehicle rested on its wheels on the center shoulder of a westbound SR-94, and its roof shattered.

Feliciano – who was seated at the time of the accident, untied, on the car’s center console, between the driver and passenger seats – was taken to hospital, where she was pronounced dead.

Members of the Republican People’s Party and deputy mayors searched the area, Finding Ruiz and his other passenger hiding in the valley Near the wreck site around 2:45 p.m., Jarrow said. Paramedics took them to hospitals to receive treatment for serious injuries, both of which they suffered in the accident.

At Ruiz’s sentencing hearing, defense attorney Blair Soper said his client feels remorse and has a long history of fighting drug addiction. Super said that Ruiz’s passengers were more drunk and that Ruiz mistakenly believed at the time that he was not overly affected by the drugs he had taken, leading him to believe he was doing the right thing by driving the two passengers.

The City News Service contributed to this article.