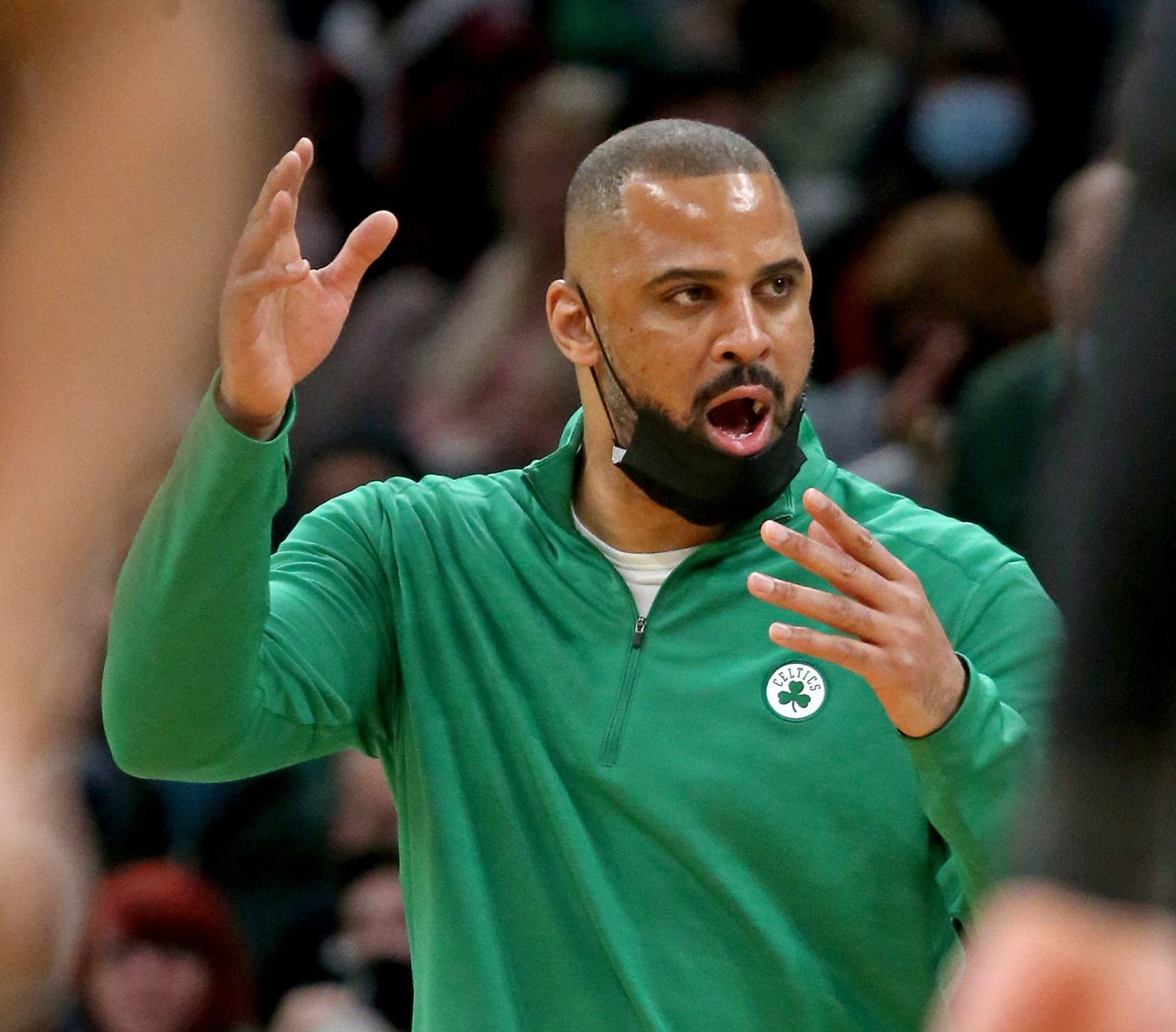 Ime Udoka gets to vote for All-Star reserves in his first season as an NBA coach, and has a very clear sense of what’s the most important criteria.

It’s all about how well a player impacts winning as opposed to his individual achievements.

“Record is a huge part of it in my opinion,” said the Celtics coach. “You look at some numbers and everybody has a different opinion on what they value. Some guys are scoring high numbers on teams that aren’t winning, versus you look at a team like Chicago or Cleveland that kind of came out of nowhere and what the guys have done to impact that.

“I really value the winning aspect, because across the board someone may be at 29 but not winning versus 25, 26 with some other guys, like a Chicago with (Zach) LaVine and (DeMar) DeRozan and what those guys have done to impact and change the course of the season for those guys. So I value the winning for sure but at the same time you can’t deny or take away from a guy that’s really scoring or doing some exceptional things on a poor team.”

Jason Tatum is expected to start once the injured Kevin Durant does the expected and bows out of the All-Star weekend. But Jaylen Brown, clearly playing at an all-star pace and 10th in voting for Eastern Conference guards, could be hurt not only by the Celtics’ .500 progression, but his time out due to hamstring trouble and health and safety protocol.

“Man, guys have been in and out all year for a lot of teams, so I don’t think that should be held against a guy like Jaylen who has missed some,” said Udoka. “When he’s come back and lately, especially with those two, I think they’ve been playing extremely well together. It’s a short sample size but us being 4-0 when they’ve both scored 30, and so you see how they impact the game, obviously, and I think teams know that we’ve played against the value that they bring to our team , just like we know as coaches the value of who we’re playing against, and so two guys that are pretty consistent on a night-to-night basis, one of the top tandems in the league, they’re flirting around that 50 number with what they average between each other and I think we go where they go. When we’re good, when they’re really good together, we’re undefeated.”

Rob Williams is dunking like few, if any, Celtics before him. He’s also emerging as a playmaker. But one of these abilities clearly makes him feel better.

“Oh assist, for sure. Assist for sure,” he said. “I threw a pass to JT in New Orleans they kind of got on me about. I was wide open under the goal and I had a dunk, but I just turned around and threw to the (3-point line). He made it, thankfully.

“I’m kind of like pass first, kick the ball out, especially off of rebounds and push it off rebounds.”

That’s not to say that the thrill of dunking has worn off for the Celtics center.

“Really a lot of times the play isn’t even for me when I get to lob,” he said. “It’s really just opening up all the options for shooters. They can’t just let me run down the lane freely without somebody sliding over to cover me so that’s where it comes in and me creating shots for people. But that’s why every single roll, whether the play is for me or whether it’s not, I gotta roll hard and try to draw the defense.”

Achilles soreness, always a foreboding problem, is the injury du jour. Dennis Schroder was available against the Heat after testing out his sore right heel, but is indeed suffering from Achilles tendinopathy. Romeo Langford has also been suffering from similar irritation.

“He’s had some soreness at times, (but) he’s a guy that plays through pretty much everything so we’ve seen this before where he has to just test it out,” Udoka said of Schroder. “He felt OK at shootaround and wants to do the pregame.”