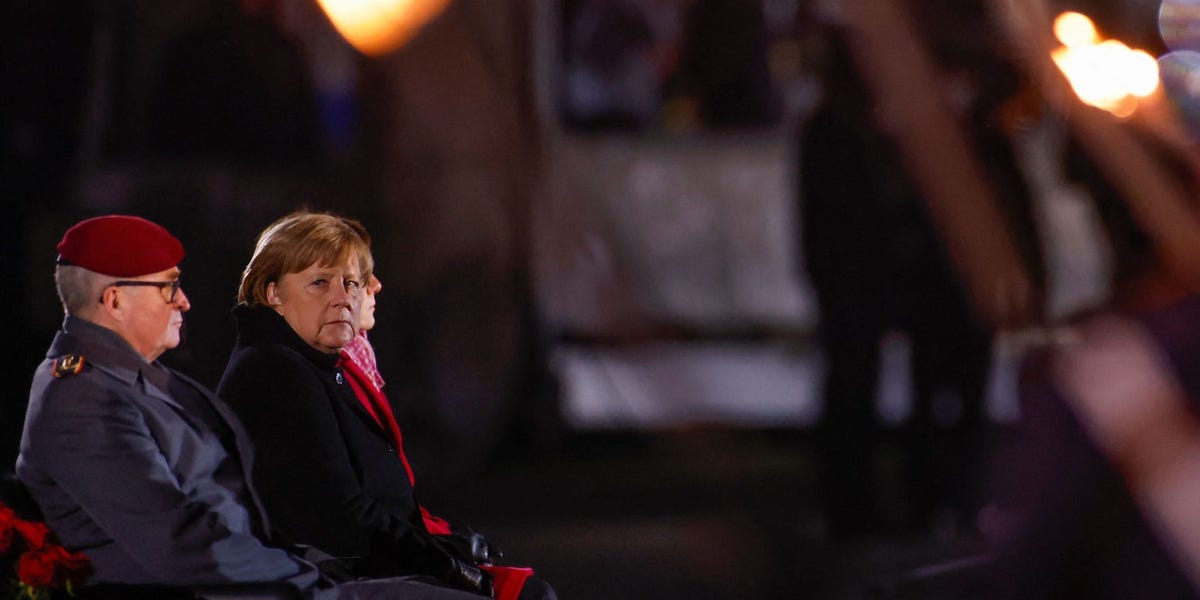 Germany held a parade for Chancellor Angela Merkel’s departure, and she chose a punk rock song for a military band to cover.

Merkel announced in 2018 that she would not run for re-election this year, announcing the end of her 16-year term. Germany’s parliament announced Thursday that its finance minister, Olaf Schulz, will take office next Wednesday.

The country’s highest military ceremony, known as the Großer Zapfenstreich, was held in his honor in Berlin on Thursday.

According to Deutsche Welle, Merkel chose three songs for the German Armed Forces band Bundsohr, as is the custom of the honor parade.

One of the highlights of the event, “Du hast den Farbfilm vergessen” (“You forgot the color film”), was a 1974 punk-rock song by East German artist Nina Hagen.

Merkel grew up in East Germany. She became the first German chancellor with an East German heritage when she was elected in 2005.

“This song was a highlight of my youth, as everyone knows it happened in the GDR,” Merkel told a news conference Thursday, quoting the official acronym for Socialist East Germany after the end of World War II.

“This song comes from GDR and as it happens, it also happens in an area that was in my previous circle. And that’s how it all fits together.”

The other two songs Merkel selected were a sad pop song, “Für mich, soll’s rote Rosen regnen” (“I should have a rain of red roses”) by German singer Haldigard Kneif, and an 18th-century song. Großer Gott “, wir loben dich” (“Holy God, we praise your name”).

Merkel’s successor schools were also present at the ceremony.

“It is now up to the next government to find the answers to the challenges that shape our future,” Merkel said in her speech.

Schulz’s Social Democrats won the most votes in the September general election.