Liverpool U19s kicked off their UEFA Youth League campaign 2021-22 with a 1-0 victory over AC Milan on Wednesday afternoon.

Max Waltman’s clinical finish early in the first half was the difference in an entertaining encounter at Kirkby Academy.

Harvey Davies made sure to score the three points with a superb performance against the young Reds, as they will now look to build on the win when they travel to FC Porto later this month in Group B.

Waltmann made a statement of his intent in the opening stages, which resulted in the first savings from Milan goalkeeper Sebastiano Deblanche.

He beat the stopper after eight minutes of play after hard work on the left side by Owen Beck. The Welsh full-back struggled desperately to regain possession in the final third, before quietly making a move and finding the free Waltman inside the penalty area.

9’s cross from half a ball into the far corner gave the hosts a perfect start.

The rest of the full 45 minutes saw both teams come close on a number of occasions.

Davies and Deblanche made superb tackles throughout to keep it 1-0, although Milan’s Younes Gabriel El Hilali hit the crossbar from close range shortly before halftime.

The obvious first chance in the second half fell on Milan, as Al Hilali fired after a corner kick at the near post. 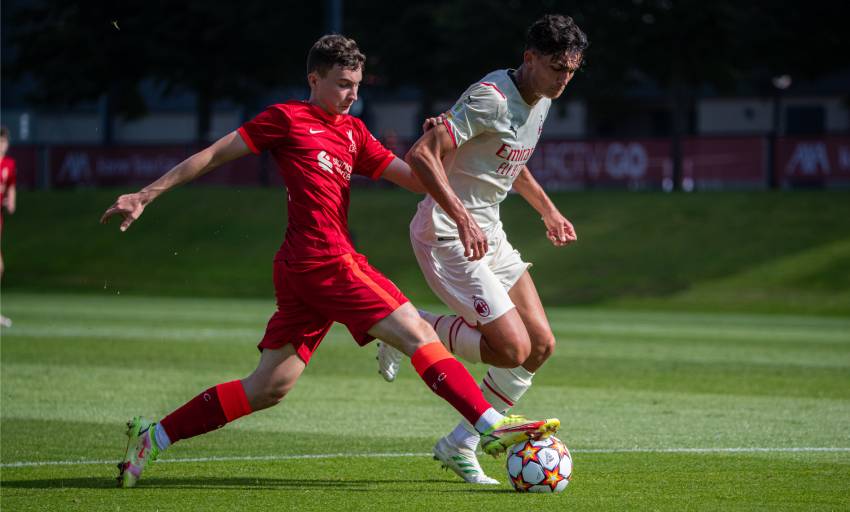 Davies was called into action again with 17 minutes remaining when he brilliantly hit Enrico de Gesso’s header, which was headed into the net. Then he cleared Gabriel Alessi’s long-range shot and follow-up shot.

De Gesso was rejected again by the Liverpool goalkeeper, who made a good lead to get past a powerful blow from the edge of the penalty area.

The Reds survived attempts by substitutes Leonardo Rossi and Alesi late to ensure the match was successful on the first afternoon.