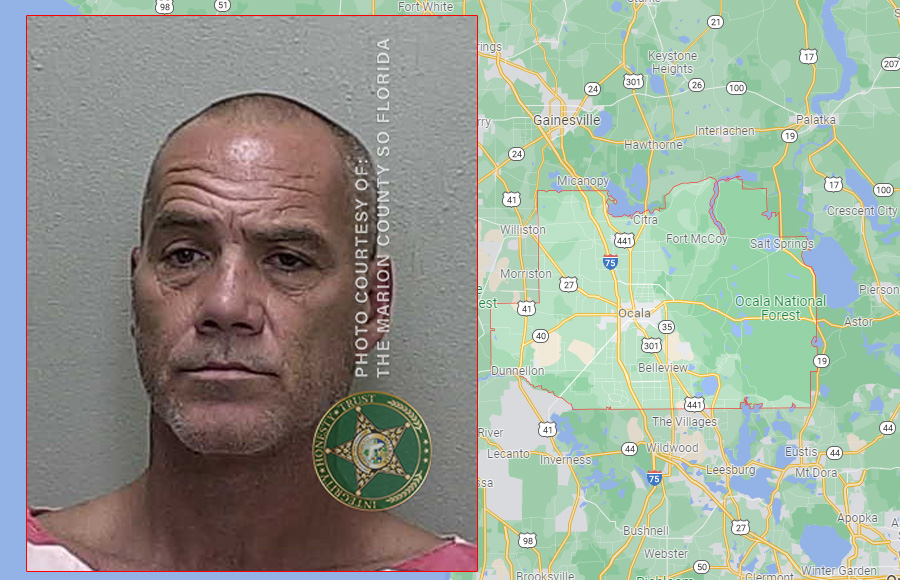 MARION COUNTY, FL – On November 7, 2021, at approximately 1:00 a.m., Eric Thanal Loterlo, 52, and victim Cory Merchant, 35, were involved in a physical altercation while they were in the Marion County Jail. The incident occurred after lockdown, when Lutterloah was in his assigned bed and the victim was talking to other inmates.

According to the authorities, Lutterloah confronted Merchant about speaking out and an argument ensued. Lutterloah pushed and hit the victim several times, causing Merchant to fall onto the cement floor, apparently hitting his head and rendering him unconscious. Detained deputies entered the area to provide assistance to Merchant and he was taken to the hospital, where he succumbed to his injuries on November 13, 2021.

Lutterloah was arrested and interviewed about the incident and stated that he was awakened by Merchant talking and laughing with other inmates. He stated that he was restless and constantly asked the victim to leave the area, but the victim refused to do so. Loterlo then stated that a physical altercation had begun, during which he punched the merchant, rendering him unconscious. Video evidence and eyewitness testimonies corroborated Waterloo’s account of the incident.

On November 30, 2021, major crime investigators arrested Loterlo on charges of premeditated murder. At the time of the crime, Lutterloah was being held without bail in the Marion County Jail on charges of armed kidnapping, sexual battery, two counts of failing to comply with sexual offender reporting requirements, forgery and filing a false crime report.

The merchant was in prison on three counts Incidents that occurred between 2014 and 2018, indecent and corrupt spanking, unlawful sexual activity with a minor, and obscene and corrupt exhibition. Merchant pleaded not guilty to all three.