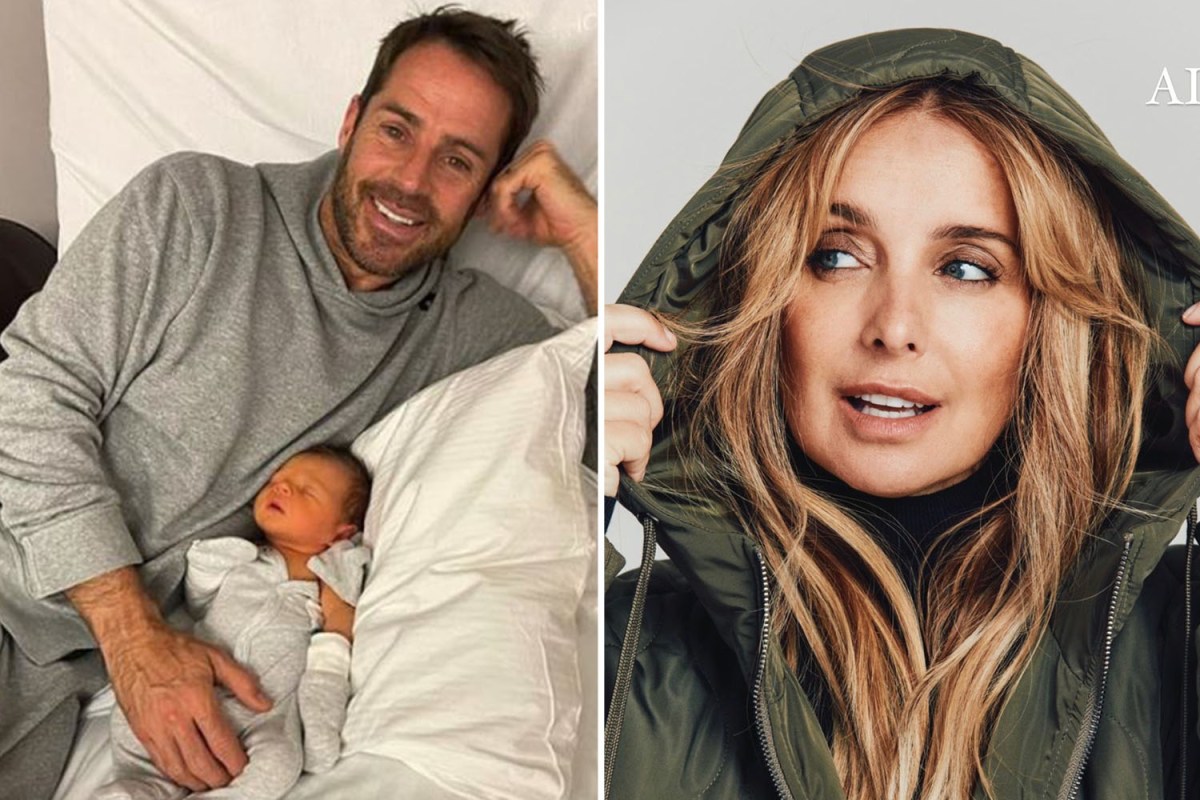 LOUISE Redknapp has broken her silence on social media after the birth of her ex-husband Jimmy’s new son Raphael Anders.

The singer has been busy with business as usual, ignoring the ad that Jamie, 48, welcomed Baby with his new wife, Frieda Anderson.

But Thursday was business as usual as she took to her Instagram Stories to promote her partnerships with Peacocks Fashion.

“It’s definitely raincoat,” she wrote to her followers, sharing a photo of herself wearing a green coat, holding the hood tightly over her head.

The star looked glamorous at the modeling session, as she donned her blonde locks and donned a small palette of dewy makeup.

It came just hours after Jamie shared the shots with his son, donning a gray tracksuit while his newborn slept next to him.

“Meet Raphael Anders Redknapp, we’re so in love, my mom is doing really well too,” he wrote to fans. “I’m so excited for him to meet my kids.”

It comes when The Sun revealed the name of Jimmy’s son Rafael Anders As a tribute to his wife Frieda Andersonfamily.

The source explained that it is important for their son to have a Swedish relationship.

“Jimmy and Frida wanted to give him a Swedish name as well, and Frida loved it, her late grandfather Anders so they named him after,” the insider said.

Frida, 38, has been living in London since kicking off her modeling career and has performed for top brands like Escada.

The dotted mother has three sons and a daughter from her previous marriage to US hedge fund manager Jonathan Lowry.