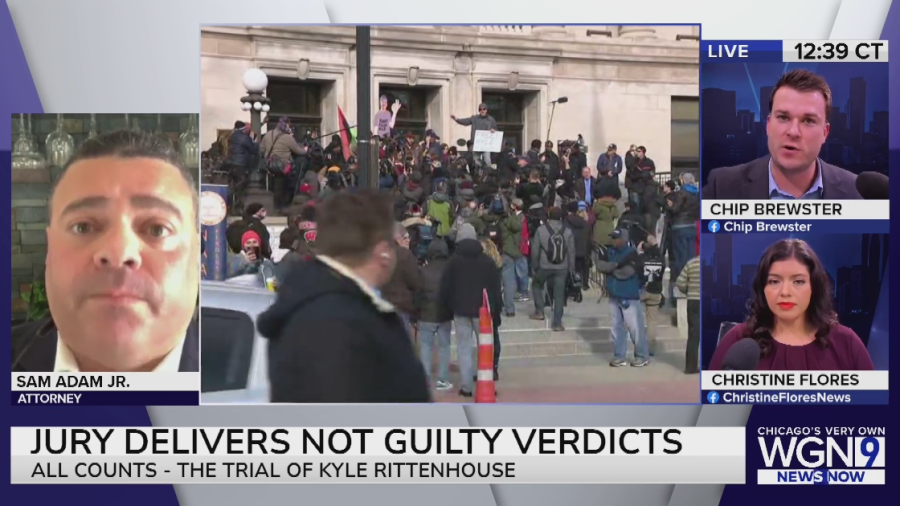 CHICAGO – Moments after Kyle Rittenhouse was found not guilty on all five counts, WGN News Now spoke with attorney Sam Adam Jr. to analyze the trial and sentencing.

Rittenhouse, 18, was acquitted of all charges on Friday. During the trial, he stood up in his defense of the Kenosha shooting incident.

The jury, which appeared overwhelmingly white, deliberated nearly three and a half days.

While reading the verdict, Rittenhouse’s mother, Wendy, cried and hugged those close to her.

But as Attorney Adam explains, this may not be the end of this case. Adam said there may still be legal ramifications from the shooting.