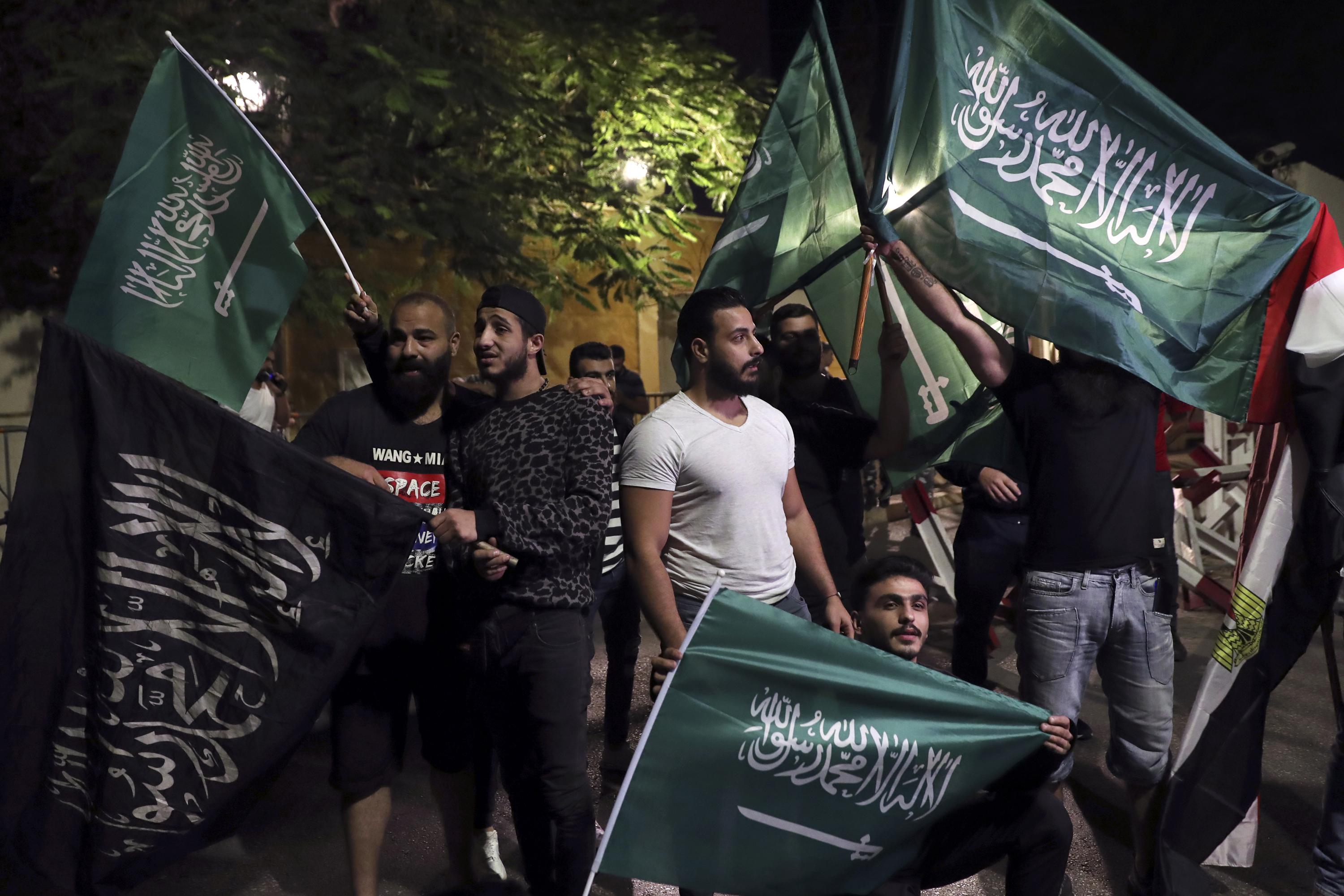 Beirut (AFP) – He was days away from moving to Riyadh to play a Lebanese DJ for a month at one of the Saudi capital’s newest entertainment centers, when a short and polite message via Whatsapp informed her that the contract would not be completed.

The head of a Beirut-based communications agency was negotiating to revive a two-year-old contract derailed by the pandemic for hundreds of thousands of dollars. After two days of silence, her Saudi client, in an apology call, said now was not the time.

A business owner who for years had been exporting stationery to the kingdom had to return 20 containers of notepads and paper ready for shipment to its warehouses outside Beirut. Ziad Bakdash remembers what they told him: “Please freeze everything.”

These are some of the victims of the angry Saudi response to Lebanon in October after a Lebanese minister criticized its war against Iran-backed rebels in Yemen.

The root of the crisis lies in the years-old regional rivalry with Iran, and Saudi unease with the growing influence of the Iranian-backed Lebanese group Hezbollah. Lebanon is stuck in the middle.

In response to the minister’s comments, Saudi Arabia recalled its ambassador and banned Lebanese imports ranging from chocolate to chemical products, which previously generated about $240 million annually.

The diplomatic crisis worries the Lebanese, especially those working in the Gulf states, at a time when Lebanon is already suffering from an unprecedented economic collapse.

“I felt bad, not just for me, but for my country and the expats,” said DJ Chloe. “We all have families abroad.”

Remittances from the more than 350,000 Lebanese working and living in the Gulf were essential, especially since the collapse led to increased inflation and unemployment in the once middle-income country. The World Bank said that remittances of more than $6.2 billion, mostly from Gulf countries, accounted for 18.9% of Lebanon’s gross domestic product in 2020, one of the highest remittances in the world.

And while the dollar value of exports to Saudi Arabia has declined in recent years, the kingdom has been the largest importer of Lebanese products, including soap, printed books and some canned foods.

Lebanese officials tried to defuse the crisis, saying that the statements of Minister of Information George Kordahi, which he made before taking office, do not express their views.

Meanwhile, Kuwait, Bahrain and the UAE recalled their ambassadors and, like the Saudis, asked Lebanese diplomats to leave, which led to one of the coldest periods of diplomatic relations between those Gulf states and Lebanon.

Relationships were strained for a while.

In 2013, hundreds of Lebanese Shiites operating in the Gulf were expelled on suspicion of supporting Hezbollah. The deportations came after the group joined the civil war in Syria on the side of President Bashar al-Assad, who is also backed by Iran.

Gulf states have since imposed sanctions on Hezbollah, calling it a terrorist group.

In 2017, Riyadh forced then-Lebanese Prime Minister Saad Hariri to announce his resignation during a visit to the kingdom, citing Hezbollah’s dominance in a televised statement. This dramatic move backfired: Hariri returned home and re-aligned himself with Hezbollah, losing Saudi support.

With the outbreak of the financial crisis in Lebanon in 2019, Saudi Arabia was absent after it spent more than $6 billion between 2004 and 2015 in investments and government support in Lebanon, according to Saudi estimates.

The deadlock over the formation of the government has been prolonged because Riyadh either did not support anyone or refused to support Hariri again.

Earlier this year, Saudi Arabia stepped up the pressure, expanding the network. Lebanese products were prevented from reaching or passing through the kingdom after Hezbollah was accused of using shipments to smuggle drugs. It was a blow to the farmers who mostly depended on the Gulf to market their goods.

Saudi companies indicated that the boycott was broader.

Ajlan Al-Ajlan, Chairman of the Council of Saudi Chambers, said that all commercial relations, including Saudi investors operating in Lebanon, will be suspended.

“This is the least that Saudi businessmen and companies can offer to support their government,” the Saudi-owned newspaper Asharq Al-Awsat quoted him as saying.

Some have argued that the Saudi actions amounted to collective punishment that effectively empowered Iran and its allies.

Ziad Nasr El-Din, an economist whose views agree with those of Hezbollah, said that the withdrawal of Gulf companies from Lebanon opens the doors to alternative investors.

“Going east is one of those alternatives,” he said, referring to China, Russia, Iran and Iraq.

But some of those with commercial ties to Saudi Arabia are paying a heavy price.

DJ Chloe said that a Riyadh-based Lebanese company negotiated with her and other Lebanese artists to perform at one of the attractive entertainment centers in the Saudi capital, which lost its contract completely.

She said that the letter from Riyadh – “Please accept my apologies” – indicated that the priorities for hiring Lebanese had changed.

Beirut-based communications agency Nayla El-Khoury has worked with Saudi companies for more than a decade and was hoping to revive an entertainment project delayed by the pandemic when her Saudi client put it on hold.

“He was supposed to put this food on the table for forty people,” she said on Twitter, angry at the Lebanese Minister of Information.

Al-Khoury blamed the Lebanese politicians for dragging the public into a fight that is not with them. She said, “I am being punished for the involvement of parties in wars that have no opinion.”

The Saudi measures threaten to dismantle what remains of an industrial base in Lebanon. The banking crisis has already forced many companies to downsize, and fuel shortages have made Lebanon one of the most expensive countries in producing electricity.

George Nasraoui, the acting president of the Syndicate of Lebanese Industrialists, said at least 15 of the group’s 900 members have moved their operations to neighboring countries in recent months. More are considering relocation, which puts more jobs at risk.

Fadi Abboud, owner of the General Company for the Lebanese Packaging Industry and a former minister, said that a repeat order for polypropylene from one of the largest petrochemical plants in Saudi Arabia has been delayed. Then the new orders stopped.

“What do they want us to do now? Go buy petrochemicals from Iran?” Abboud said, adding that he might have to move.

Bakdash, owner of Oriental Paper Products, a nearly 70-year-old family business, was planning to increase his exports to Saudi Arabia to take advantage of the collapse of the Lebanese currency that made his notebooks more competitive. He is now considering moving the company away from Lebanon.

It is sad, he said, that after years of cooperation and mutual investments, “we are getting this boycott.”

“It’s as if they are boycotting their brothers.”