A rare cassette recording of an interview with John Lennon and Yoko Ono fetched more than £40,000 when it was sold at auction in Denmark yesterday.

The tape contains the unreleased song Peace RadioThe sale next to it were photos from the meeting. The piece was valued at up to 300,000 crowns (£35,000) but fetched 370,000 crowns at Bron Rasmussen, the Copenhagen auction house.

The recording was made on January 5, 1970 by four Danish boys who managed to interview the couple for a school magazine. 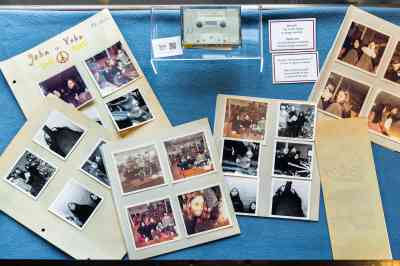 Recorded at the height of the Vietnam War

In the 33-minute interview, Lennon talked about the couple peace campaign, and his frustrations with the image of the Beatles and the length of his hair – while the Beatles were