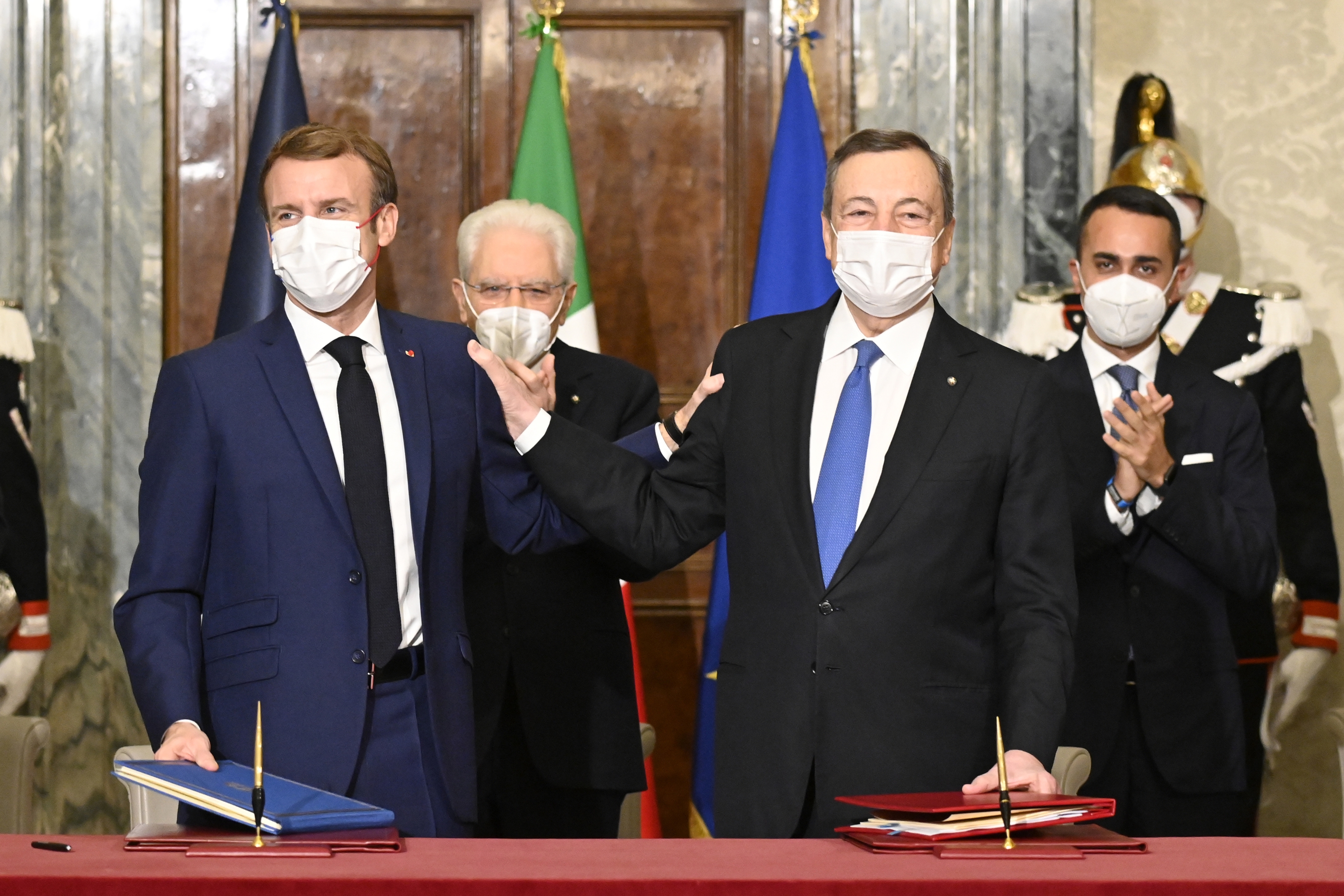 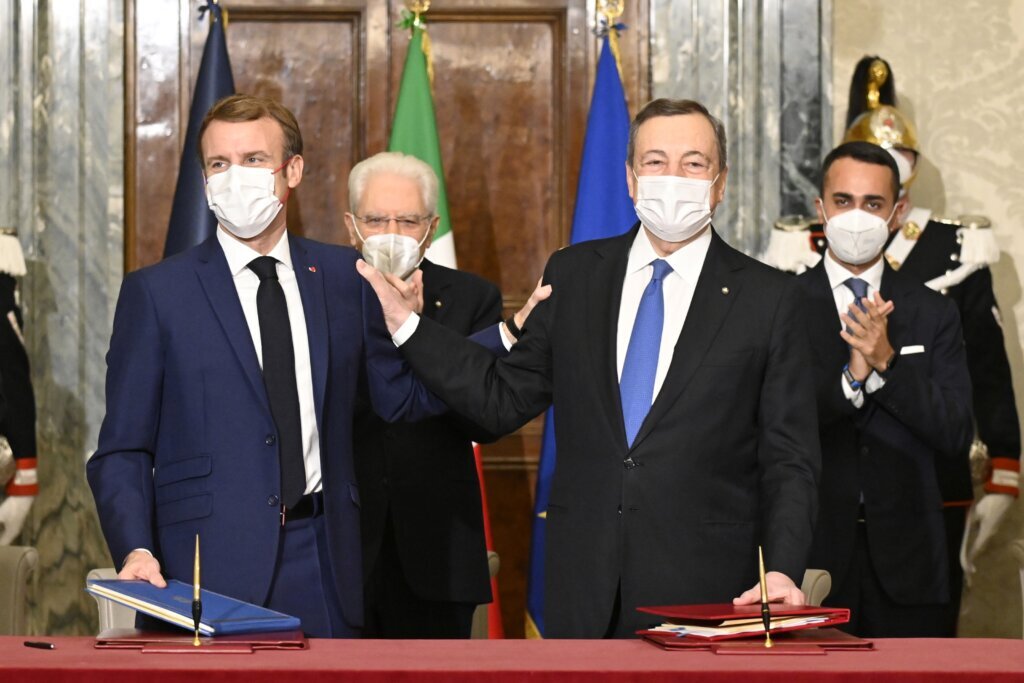 Draghi told a news conference that the treaty deepened cooperation “in important sectors, from security to justice, and from research to industry.”

That includes spending to create a “true European defense,” Draghi said, “which is clearly complementary to NATO” and not a replacement for the alliance.

To be sovereign, Europe needs to know how to defend its borders. We need to create a real defence.

Draghi also indicated the intention to boost investments in key areas such as semiconductors, where the global supply chain has been hit hard by shortages in Asia, as well as in more sustainable energy sources, as countries seek to slow the pace of global warming.

Macron said the agreement does not replace France’s long friendship with Germany, which has been seen as the key to economic prosperity and security in post-war Europe. But he said the two friendships are different.

“In France, we say that when things get complicated with Germany, we turn to Italy,” Macron said.

Among the provisions of the treaty was the creation of a French-Italian civil service and an operations center to support law enforcement. In addition, a minister from one country will attend a cabinet meeting of the other every three months.

“Besides strengthening bilateral relations, the agreement aims to encourage and accelerate the process of European integration,” Draghi said.

Semantic HTML is not a Google search quality signal.