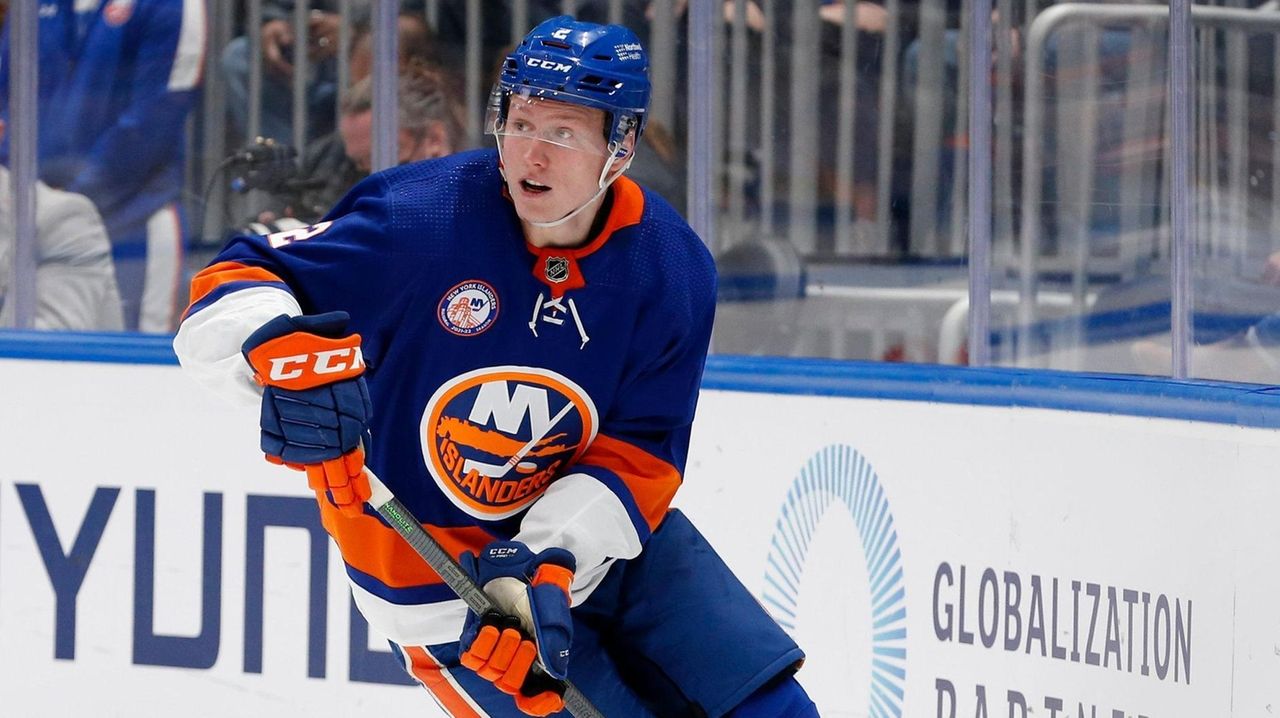 Defensemen Thomas Hickey, Paul LaDue and striker Richard Panik were all reassigned to the Islanders’ affiliate AHL in Bridgeport on Thursday as the parent team continues to recover from the COVID-19 outbreak.

That means rookie defenders Robin Salo and Grant Houghton remained on the roster, and Salo and Sebastian Aho remained among the team’s top six players in Thursday night’s game against the Sharks at UBS Arena.

Defensemen Adam Pelech and Andy Greene are back in lineup from the COVID-19 protocol, but Ryan Bullock (lower body) is still in injured reserve for a long time.

Forward Kieffer Bellows has also been cleared of the COVID-19 protocol.

The Islands have lost 8 points in a row, but are just starting to come out of the COVID-19 outbreak and get some of their players. However, they could capitalize on a win very soon, like Thursday night.

“It’s just turns and play,” said coach Barry Trotz. “That’s all we can judge them for now. For example, our strong play should be a little bit better, so a guy like Aho or Salo will be in the power game and they’ll have to be a part of it until Polly comes back.”

Going into Thursday’s entry, the islanders have scored one Power-play goal in their last 10 matches.

Receive stories, photos and videos about your favorite New York teams as well as national sporting news and events.

“They’re both on the same schedule, I’ve heard,” Trotz said. “[Nelson] It’s not day by day and you won’t see it in a game or two. But he is making good progress. both of them. They just have to heal.”

Andrew Gross joined Newsday in 2018 to cover Islanders. He started reporting for the NHL in 2003 and has previously covered Rangers and the Devils. Other assignments included aircraft, St. John’s and the MLB.