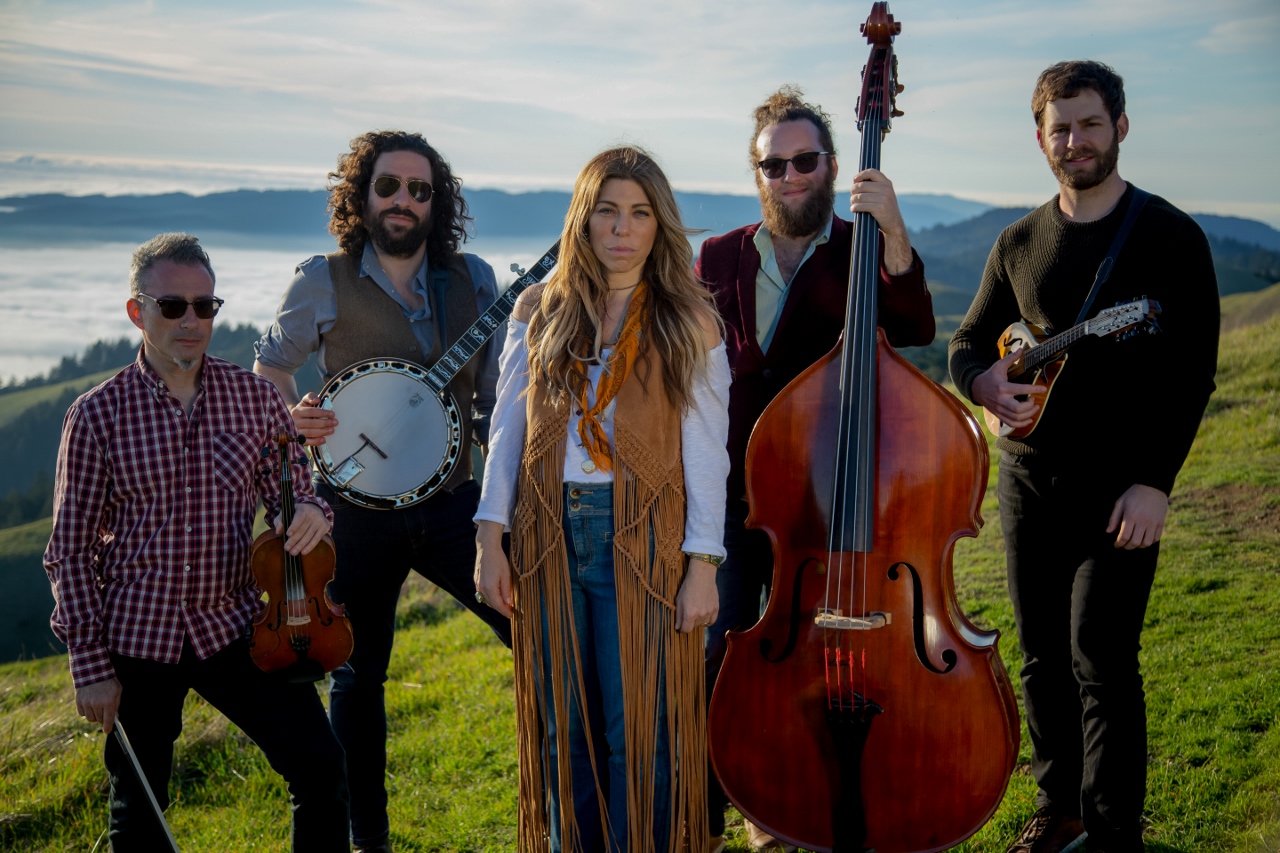 Nefesh Mountain opened his new album with a slow and subtle duet between band founders and married couple Doni Zasloff and Eric Lindberg. The pair tune into seasoned perfection, Zasloff adds jazz solos on his acoustic guitar, and other stringed instruments (violin, mandolin, and straight bass) join the nice jam. For now, Americana fans are expecting that kind of magic from Mount Nevish.

But the words come as a surprise. The tune is titled “Hanukkah Flame,” and begins with “Live From Levon Helm Studios: A Hanukkah Holiday Concert.”

“There are fundamentalist people who want bluegrass music to stay a certain way, or they want Jewish music to stay the same,” Lindberg said. “For me and my sons, as we prepare to put this art out there, it can be difficult but we have to make that leap.”

People depend on tradition. And that could be a wonderful thing. But sticking to tradition doesn’t do much for art. Not that “Live From Levon Helm Studios: A Hanukkah Holiday Concert” is radical art – it’s as homely and tender, emotional and warm as an evening by the fire. But it’s also a novel: few think of Hanukkah and bluegrass songs together.

“There is a great deal of respect and interest in the style of music, especially from Eric who writes the music,” Zasloff said ahead of Hanukkah-themed performances at Mount Nevish at Shalin Leo in Rockport on Saturday and Club Passim in Cambridge on Saturday. Sunday. We are not trying to weaken him. At the same time, we try to respect Jewish traditions. We are trying to do something with love, thought and honesty.”

The love shows through – but so does the cut (there are some real barn stoves on the album).

The album came from a livestream the band filmed a year ago at the late Levon Helm’s venue in Woodstock, New York. With dozens and dozens of appointments canceled, the band wanted to do something special for their fans during the holiday season. Zasloff and Lindberg put together an unparalleled live stream, one that celebrated the Jewish holiday, and original songs mixed with tunes composed by James Taylor, Bob Dylan, and Woody Guthrie (bonus points: all three Guthrie compositions are less-known Hanukkah songs).

“Woody Guthrie was married to a Jewish woman whose mother was a Yiddish poet, Elisa Greenblatt, and as far as I know, he has been depicted with underdog, working class, Jewish stories and Hanukkah stories in particular,” Lindberg said. “We admire what Woody has done and try to pay tribute to his sensitivity to these very beautiful songs, which are childlike in nature.”

The album concludes with a work by one of the greatest Jewish poets: Bob Dylan. It’s a suitable song for the Festival of Lights.

“The chorus of ‘I Shall Be Released,’ said Zasloff, talks about ‘I see my light shining.’

The presentation is amazing and spiritual.

Fortunately, the band realized they needed to bring more originals on their seasonal tour, so they’ll be playing tracks from their third LP, “Songs for the Sparrows.” The audio and recorded stories were released last summer, and they link Hanukkah material with works that dig into the legacy of Zasloff and Lindbergh, reflecting both modern and ancient Jewish experience.

For tickets and details, go to nefeshmountain.com.