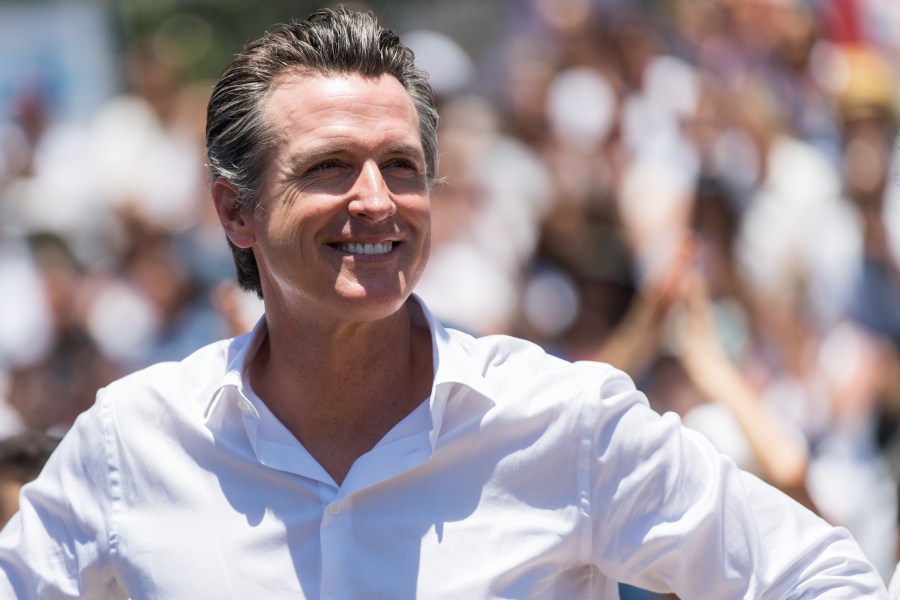 SAN FRANCISCO (KRON) — Governor Gavin Newsom on Monday explained why he was seen without a face mask at the NFC Championship game.

The photos were shared to Magic Johnson’s Instagram. He posed with the California leader and others without face masks at SoFi stadium, where the 49ers lost to the Rams on Sunday.

“Magic was generous enough to ask me for a photograph and in my left hand is the mask… the rest of the time I wore it, as we all should,” the Governor said in a Monday press conference.

“I was trying to be gracious… I took the mask off for a brief second,” Newsom added, in response to a follow-up question. Newsom nearly said he had made a mistake, but cut himself off.

He said he continues to encourage people to wear face masks.

Photos also show San Francisco Mayor London Breed photographed with Johnson without the mask, as well as Los Angeles Mayor Eric Garcetti. Breed was holding what appears to be a face mask in her hand in her photo with Johnson, but she has not responded to clarify.

SoFi Stadium’s mask policy follows Los Angeles County’s health orders, requiring masks at the stadium “at all times, unless actively eating or drinking.” The stadium also requires either a proof of vaccination or recent negative COVID-19 test to enter.

Newsom and Breed have both received their COVID-19 booster shots.

Breed also tweeted a photo Sunday where a few people appeared outdoors without masks in a crowd of 49ers fans. She is not pictured in it.

More photos in the same post by Johnson also show others, like actor Rob Lowe, holding a face mask in the hand.