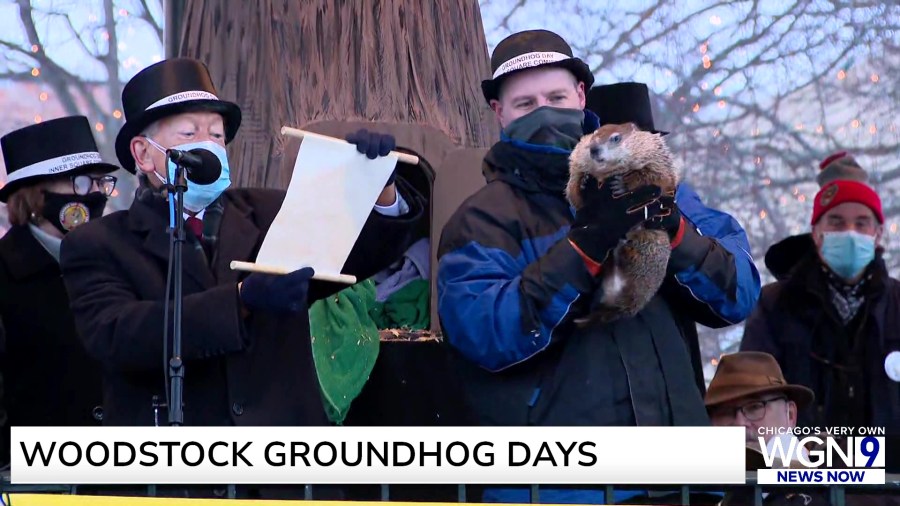 CHICAGO – Groundhog Day may be February 2nd, but the celebration is already on in suburban Woodstock.

And, thanks to Bill Murray and the movie groundhog day, pretty much every day is Groundhog day in Woodstock.

This year, the city is celebrating the 30th anniversary of the comedy classic which was filmed in the Woodstock Square in 1992.

Woodstock Groundhog Days offers special showings of the movie, a walking tour of filming sites, a breakfast, a puzzle competition and much more.

On Wednesday February 2nd, Groundhog Day, at 7:07a.m. Woodstock Willie will appear on the square to make his prognostication.

The bottom line? If Willie sees his shadow, we can expect six more weeks of Winter! So, we need it to be a cloudy day so there’s no chance for him to see it.

She says the celebration has drawn visitors from as far away as Australia and once had a marriage proposal during the ceremony.

For more information on joining the fun, check them out on Facebook or HERE.