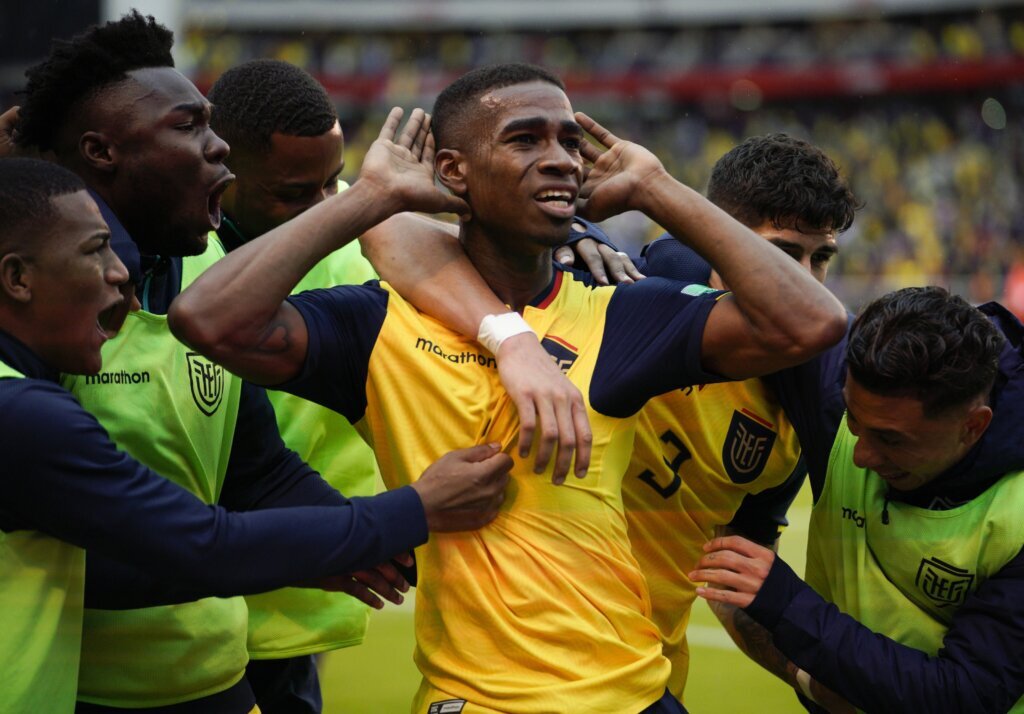 Ecuador can qualify for the World Cup in Qatar by host beating Peru on Tuesday. The match in Lima should…

Ecuador can qualify for the World Cup in Qatar by host beating Peru on Tuesday.

The match in Lima should be the most intense of South America’s latest round of qualifiers, and Ecuador coach coach Gustavo Alfaro has promised they will treat it like a final.

“This will be decided by details,” Alfaro said. “We must have absolute concentration to bring this qualification.”

Ecuador won’t count on two key players due to suspension; striker Enner Vallencia and starting goalkeeper Alexander Domínguez, who was sent off on Thursday during the 1-1 draw with Brazil.

Peru will be highly motivated, also. Peru is in the qualifying spots at fourth after surprising Colombia 1-0 on Friday. If Peru wins, the team will overtake Ecuador for third.

The team won’t have the suspended Christian Cueva. Edison Flores, who scored the winner against Colombia, is his likely replacement.

Peru won in Ecuador 2-1 when they met last June.

Brazil and Argentina, both unbeaten, have already advanced to Qatar. Ecuador was third overall, four points ahead of Peru, and six ahead of Uruguay. Colombia, Chile, Bolivia and Paraguay were within six points of Uruguay, which was in the qualifying playoff spot.

Brazil meets Paraguay, and Argentina faces Colombia, which is outside of the qualifying places due to a goal drought of six matches.

“Sometimes you need a little luck for the ball to hit the post and enter. We haven’t had that in the latest matches,” he said.

Falcao and James Rodríguez have been up front for Colombia alongside new Liverpool signing Luis Diaz.

The team was jeered by its own supporters in Barranquilla after Friday’s defeat to Peru, and morale is low.

Argentina, which hasn’t lost for 28 matches, will miss four starters for the match in Cordoba; defenders Nicolás Otamendi and Nicolás Tagliafico and players Rodrigo De Paul and Leandro Paredes.

“In some positions we will have difficulties, players will play out of their positions,” said Argentina coach Lionel Scaloni, who will be in charge after testing negative for COVID-19.

Elsewhere, Chile is at Bolivia, and Uruguay will host last-placed Venezuela.

Copyright © 2022 The Associated Press. All rights reserved. This material may not be published, broadcast, written or redistributed.