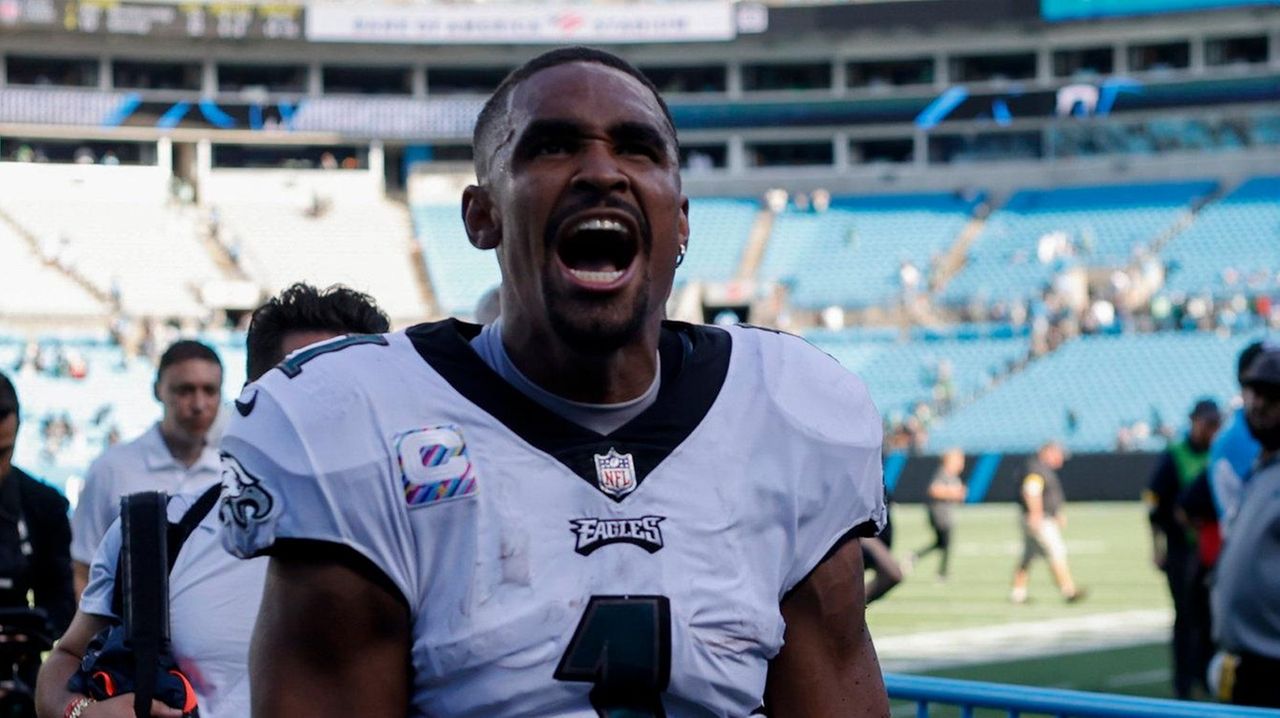 Standing in front of the media, Joe Judge announced that he would bring pride back to the Giants organization and chart how he would get there, creating the enthusiasm that carried him through his early days as the team’s coach.

Nick Siriani’s opening press conference did not go well. In fact, it was a disaster.

“Hey, you screwed it up,” the Eagles first-year coach said this week of his debut with the media. “I stuttered through two points.”

This wasn’t what the already skeptical fan base had in mind, and Eagles fans weren’t excited after he bombarded Sirani. He was constantly on the move, stumbling over his words multiple times while discussing how he plans to carry out his vision for a team coming out of the 4-11-1 season capped by ousting Doug Pederson.

While Judge was universally praised on a day one speech that drew comparisons to esteemed coach Bill Parcells, his team’s giants are now struggling for a second consecutive season. At 3-7 after a 3-10 loss to Tampa Bay on Monday night, Judge took the unusual step of shooting offensive coordinator Jason Jarrett the day after the nationally televised game.

Siriani has earned the trust of his players – and at least for now, Eagles fans – as the team won three of their last four to advance to 5-6 and enter the debate for an accessory berth. Not only has the team improved, but Sirianni’s performance has also improved.

“My job is to improve the players and make them look their best when Sunday comes,” he said. “…I always want to be the best in everything I do, so I’ve worked hard to be better in this part of my game and dealing with the media.”

The soccer part helps of course. Siriani has the Eagles playing better after a 2-5 start. He felt then that there were signs of improvement, even if it did not appear on the record. He made an unusual analogy, drawing some raised eyebrows, and likening eagles to…a flower.

“What is happening here is there is growth under the soil,” he said. “I put a picture of a flower that shines. It comes from the ground and grows roots. Everyone wants to see results, but it’s really important that the foundation is built and the roots grow. The only way for roots to grow every day is if we all water, we all fertilize, we all do our part. So when It comes out, it really pops and it grows.”

Laugh all you want, but you can’t make fun of the results. Since that impromptu discussion of botany, the Eagles’ team has been a different team. Midfielder Galen Hurts has blossomed into a dependable player with his unique passing and running skills, and the defense shined after a disappointing first half.

“I think we continued to grow as a football team in many different areas,” Siriani said. “I think our football IQ in terms of football conditions is improving. The goal is to get a little better every day, and I think that’s the case with the team, that’s why we’ve had a bit of a hotline here lately. But you just have to keep growing, Whether it was during a bad time or during a good time.”

Siriani gets his first introduction into the competition between the Giants and the Eagles on Sunday at MetLife Stadium, although he already has a good idea of ​​the intensity of the decades-old competition. Siriani has the iconic image of Eagles quarterback Chuck Bednarek standing above the Giants running back Frank Gifford after the “Concrete Charlie” that knocked Gifford down in a 1960 game.

“I know Eagles fans think about that play and think it hit a little differently than Giants fans,” Siriani said. “I really respect that rivalry and that’s what’s so great about NFC East. I love everything that rivalry embodies, and I’m grateful that I can be a part of it.”

The Eagles have dominated the competition in recent years, winning 12 of their last 14 matches. Siriani hopes to keep that streak going and keep his team in contention for a playoff spot.

Judge desperately needed a better score against the team he grew up for as a kid in Lansdale, Pennsylvania. It’s been a long time since he won his first press conference as a coach for the Giants. It’s time for him to start winning more matches and making the Giants look like Sirianni’s team.

Bob Glober has covered the NFL since 1985 and has been a Newsday columnist for the NFL since 1992. He was twice named New York State Sports Writer of the Year by the National Sports Media Association, is the president of Pro Football Writers of America and author of” Guts and genius.”