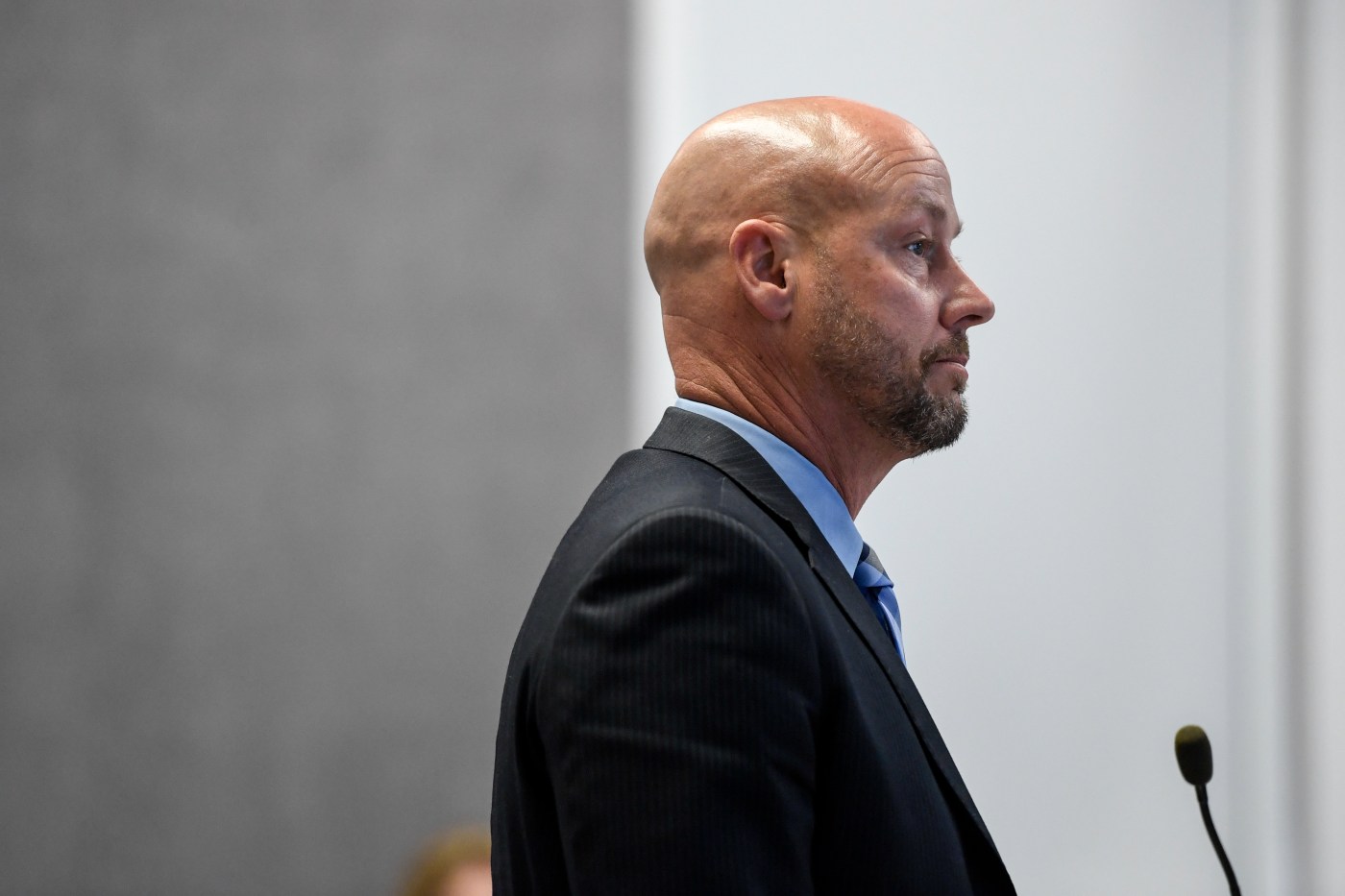 The president and vice president of the Douglas County School District Board of Education issued an undisclosed ultimatum to the district superintendent to resign or otherwise be voted out — all without informing the rest of the board, according to three board members who made the claims Monday night .

In a striking public meeting, the three board members — Elizabeth Hanson, Susan Meek and David Ray — said they found out Friday that the board’s president and vice president, Mike Peterson and Christy Williams, had issued the ultimatum to Superintendent Corey Wise, giving him until Wednesday morning to decide his course of action.

There was no vote, no meeting and no notice that this would be happening, the three directors said Monday night in a Zoom meeting.

“We’re not just whining,” said Ray, the District F director. “We’re genuinely concerned we’ve got a board that’s off the rails in terms of following not only the law, but also the policies that keep us governing effectively.”

The directors who spoke Monday believe these actions violated Colorado open meeting laws, which govern how decisions can be discussed and decided by public officials, and said the board members are not authorized to take these actions on their own without informing the rest of the board.

Hanson, who’s also an attorney, said she would be filing an ethics complaint with the state over the conduct of one of the board’s attorneys, Will Trachman. The attorney, Hanson said, met with Peterson and Williams to give legal advice on whether they could issue Wise the ultimatum. Trachman is obligated under his contract to write memos to other directors if he meets with them individually, she said, but the three directors said they’ve received nothing.

“I’m not comfortable having an individual on our payroll who is not in compliance with his contract legally and ethically,” Hanson said. “This needs to be addressed immediately as well.”

As for why the board’s majority wants Wise out, the three directors said during the meeting that they were told the rest of the board had “collectively decided we need to take the district in a different direction.”

“We’re mystified,” Ray told The Denver Post after the meeting. Given the circumstances, Wise has “performed admirably” as superintendent, he said.

“I have no issues or concerns with his leadership,” Ray said.

Paula Hans, a spokesperson for the school district, said via text Monday night that Wise had not resigned.

“Despite rumors circulating in our community, the DCSD Board of Education has not taken a vote with regard to the superintendent,” she said.

Peterson, reached via text, said he was not watching the meeting and would have to review it. He directed further comment to the school district.

Ray, Hanson and Meek said a special meeting needs to be called in the near future so the entire board can discuss the superintendent’s future.

“We need to be true to our word, we need to follow the law, we need to have conversations as a seven- member board,” Meek said.

The Douglas County School Board has undergone a major makeover in recent months, following the election in November of four new members, including Peterson, Williams and two others: Kaylee Winegar and Becky Meyers.

The conservative-leaning majority wasted little time tackling hot-button issues, voting last week to change the district’s equity policy, which was passed in response to the racial justice movement sparked in 2020 by the killing of George Floyd in Minnesota.