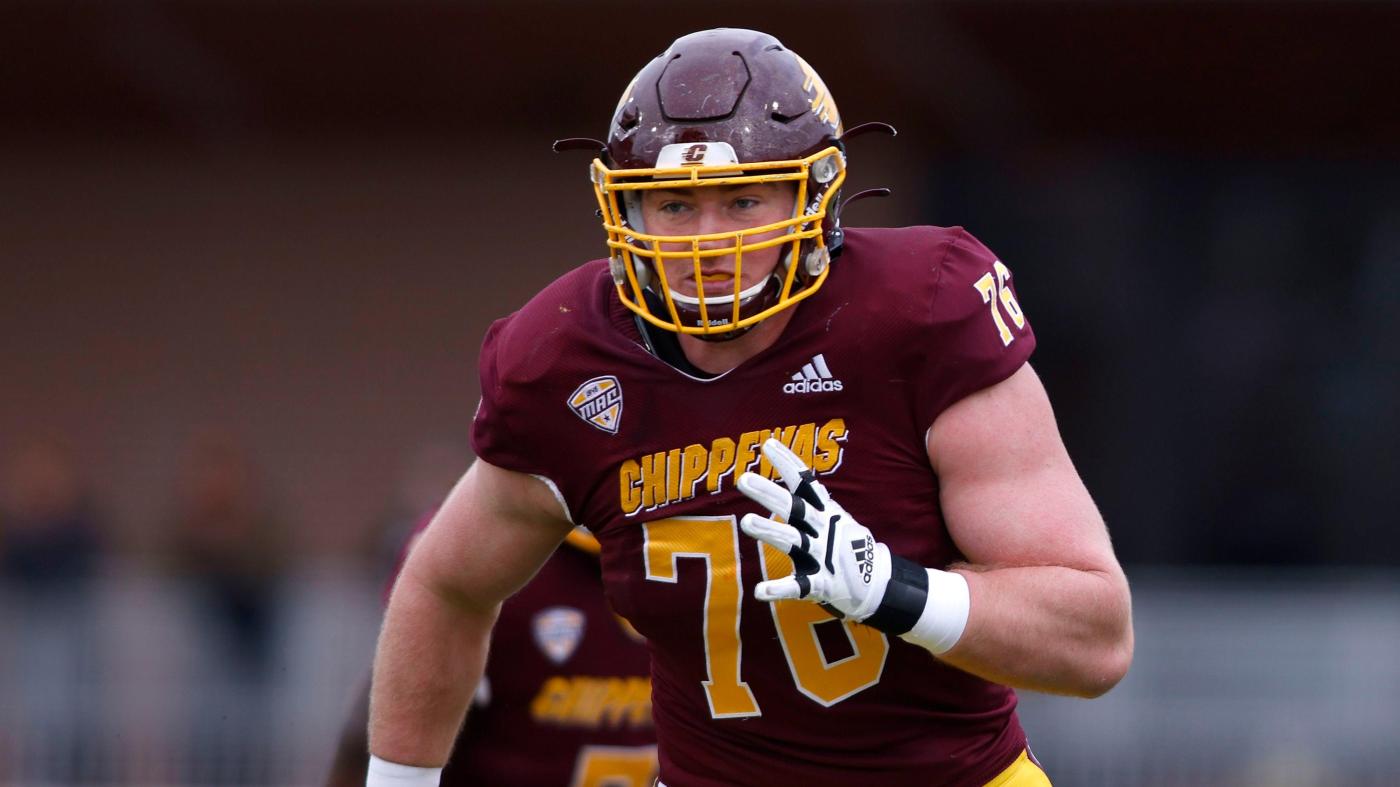 The saying around the Senior Bowl is “The draft starts in Mobile.”

It’s known as the unofficial start to NFL draft season when more than 100 senior prospects for the 2022 draft, plus a few qualified underclassmen, converge in Mobile, Alabama for three days of practices and drills on Tuesday through Thursday ahead of the Senior Bowl game on Saturday, which airs on NFL Network.

The Miami Dolphins are diving into a critical week for their coaching vacancy. Interviews are reportedly on the slate with young offensive coordinators and prospective head coaches Mike McDaniel of the San Francisco 49ers and Kellen Moore of the Dallas Cowboys, and rumors again are linking Miami with Michigan coach Jim Harbaugh.

But while the Dolphins are still without a coach, they get their start on evaluating draft prospects at key positions of need this week. Miami now finally knows where its first-round pick will be positioned after the 49ers’ loss in the NFC Championship on Sunday. San Francisco’s defeat, along with the Cincinnati Bengals’ win, means the pick going from the 49ers to the Dolphins will be No. 29. Miami’s own No. 15 pick belongs to the Philadelphia Eagles after a pair of trades made ahead of the 2021 draft.

While the Senior Bowl game on Saturday is an opportunity for prospects to showcase their talents, many team scouts and front office personnel won’t be around to watch as they typically leave after evaluating players during the week’s worth of practices and drills.

The Dolphins will surely approach Senior Bowl week from a broad perspective, in search of as many gems as it can find, regardless of position. But, surely, there will be certain positions where the personnel staff’s focus is greater.

That draft puzzle of what positions to prioritize will be fluid in the three months leading up to the draft at the end of April. Right now, given that Miami appears ready to commit to a third year for quarterback Tua Tagovailoa, the Dolphins could use help at offensive line, receiver, running back and linebacker. Some of those needs could be addressed in free agency in March or through trades.

The Dolphins have such a deficiency at offensive line, it’s probably a sure-fire bet they need both free agency and the draft to fill the need. Yes, even after selecting linemen with a first-round pick, two second-rounders, a third and a fourth in the past three drafts.

A number of tackles that are largely projected to get picked around the Dolphins’ late first-round selection will be working out in Mobile this week: Central Michigan’s Bernhard Raimann, Minnesota’s Daniel Faalele, Northern Iowa’s Trevor Penning and Kentucky’s Darian Kinnard among them.

In the first mock draft released by ESPN’s Mel Kiper Jr., although it was when the Dolphins were slotted to pick 26th before the 49ers’ upset divisional-round win over the Green Bay Packers, he had Miami picking Penn State wide receiver Jahan Dotson. The big-play threat will be working out at the Senior Bowl.

Most don’t believe a running back will go in the first round, but the Dolphins could address a need there in one of their next few selections. Georgia running back James Cook, Dalvin Cook’s brother who is a Miami Central High alum, will be given a look, and he’s even been rumored to also try receiver at the next level. Alabama’s Brian Robinson Jr., Florida’s Dameon Pierce and FIU’s D’Vonte Price will also be on hand.

While reports indicate the Dolphins aren’t looking for a quarterback, some of the draft’s top signal-callers are slated to be present at the Senior Bowl in Pittsburgh’s Kenny Pickett, Liberty’s Malik Willis, Nevada’s Carson Strong, North Carolina’s Sam Howell and Cincinnati’s Desmond Ridder.

Fired Dolphins coach Brian Flores coached the Senior Bowl’s National Team to victory last year. There, he got to lead future Dolphins in tight end Hunter Long, a third-round selection, and offensive lineman Robert Jones. Jones was an undrafted free agent that made Miami’s 53-man roster in training camp and was a reserve throughout the season before making his first start in the season finale. This year’s teams are coached by the Detroit Lions and New York Jets.

The NFL and Senior Bowl just got through hosting a first-of-its-kind HBCU (Historically Black Colleges and Universities) Combine over the weekend in Mobile. The event offered exposure for draft-eligible HBCU players that are often overlooked and fall by the wayside in the draft process, although several turn out to be formidable contributors on NFL rosters and 34 in history have gone on to the Hall of Fame.

The Dolphins, along with the other 31 teams, spent Friday interviewing and measuring 39 prospects from 22 different HBCU schools. On Saturday, they got to test and work out those NFL hopesfuls at the University of South Alabama Training Center.

The NFL scouting combine runs from March 1 to March 7, and the draft will be held April 28-30.