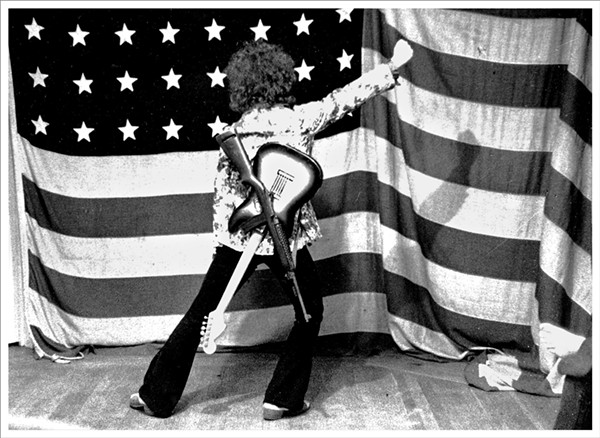 When we last spoke with famous Detroit activist and photographer Lenny Sinclair, 81, she was Tell us That, out of 100,000 or so negatives (a number she estimates as higher but says she’s missing out on), her favorite image isn’t one of rock stars like Iggy Pop, Aretha Franklin, MC5, Jimi Hendrix, Rolling Stones, John Lennon, John Coltrane, or ex-husband and marijuana activist John Sinclair, or the Detroit Rebellion of 1967. Sinclair’s favorite portrait is one of them, albeit not a self-portrait – it represents the attitude, perseverance and evil with which her work has become so associated.

“…It’s one of my favorite pictures of my life,” said Sinclair. Metro Times. “As I stand at the Berlin Wall with a hammer, I hammer it myself. I gave the camera to a passerby and said, ‘Can you take this picture of me?’ And that’s what happened,” she says.

Sinclair’s photographs became synonymous with Detroit in the 1960s, as did the work of Gary Grimshaw, the late poster artist known for His pioneering drug work during the Grand Hall era. The former Minister of Arts of the White Panther Party in 2006, said Metro Times Editor Brett Calwood says he can’t buy his own business.

The couple, who collaborated in 2013 to publish a limited collection of their joint published, self-financed and publicly approved book, Detroit Rocks: An Illustrated History of Motor City Rock and Roll from 1965 to 1975 (Which is up to $795 on bookstore sites) They will be honored with a one-night-only joint exhibition of their work at Edo Ramen at the Royal Oak. Marcy Boleyn (Von Bondis) will be the DJ from 6-10 p.m., and author Peter Werbey will sign copies of his latest book. summer on fire which combines “history and creative memories” from the summer of 1967 that changed the history of Detroit.