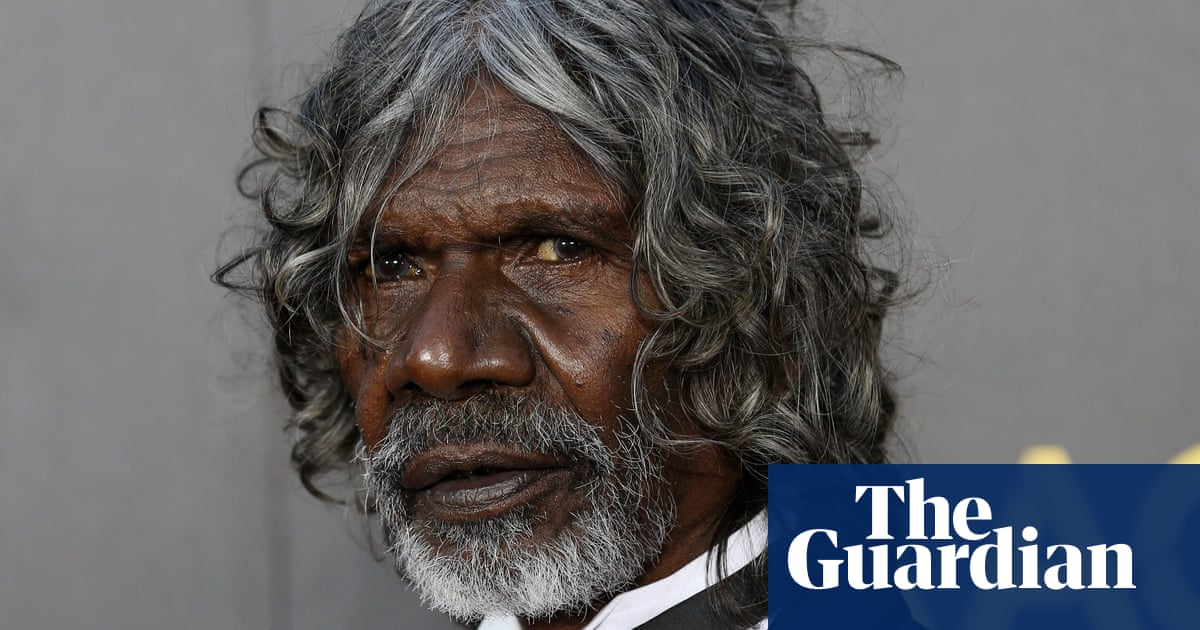 Native actor David Gulpilil, one of Australia’s greatest artists, has died four years after being diagnosed with lung cancer.

“It is with deep sadness that I share with the people of South Australia the passing of an iconic, once-in-a-generation artist who shaped the history of Australian film and Aboriginal representation on screen – David Gulpilil Ridjimiraril Dalaithngu,” the Southern It said Australian Prime Minister Steven Marshall in a statement on Monday night.

Gulpilil was from the Mandhalpingu clan of the Yolŋu people and grew up in Arnhem land. In his later years he was a resident of Murray Bridge southeast of Adelaide.

“An actor, dancer, singer and painter, he was also one of the greatest artists Australia has ever seen,” said the premiere.

Gulpilil made his name in the film Walkabout from 1971 and Storm Boy from 1976. He was described in a recent Guardian review as a “titanic power in Australian cinema”.

Marshall said Gulpilil’s life was not without struggles. “He encountered racism and discrimination and lived with the pressure from the divide between his traditional lifestyle and his public profile,” the prime minister said.

Gulpilil’s last film was a documentary about his own life, My Name Is Gulpilil directed by Molly Reynolds, which was released earlier this year.

The actor was diagnosed with lung cancer in 2017, and the SA premiere said he was not expected to survive the film’s footage. “Still, it was no surprise to anyone that he was in front and in the center on the opening night, where he would receive his last standing ovation.”

The Guardian’s five-star review of My Name is Gulpilil noted that people in the entertainment industry talked about artists having the “it” factor, but “no one in the world has ever had ‘it’ quite like the great Yolŋu actor David Gulpilil”.

“Reynolds understands that Gulpilil is not just an amazing actor, but a portal to a different way of thinking, a different way of being, even a different state of consciousness,” Luke Buckmaster wrote in March. “If you think that sounds like exaggeration, you have not seen a David Gulpilil movie.”