Although John Falco, owner of Beard Brewery in Lincoln, hasn’t seen himself making ice cream, that’s exactly what happened with the recent opening of his new venture, Cry Baby Creamery.

Falco says he describes himself as a beer and barman the new era He’s tried ice cream-inspired desserts for double dinners at his Miami brewery, offering guests crazy concoctions like “floats” of fresh fruit popsicles served in his fruit-infused drinks.

That was how much he cared about the sweet side – until now.

Support the independent voice for Miami and help keep the New Times free for the future.

When the space formerly occupied by Sweet Melody Ice Cream, next to his food bar, Maxwell Bros. (a partnership between Falco and restaurateur Todd Maxwell) Available Last spring, the brewer knew he wanted it.

“We didn’t plan on making desserts,” Falco says. “We’re beer guys.” “We indulged in pizza at Maxwell Bros., which felt just fine. The ice cream was new to us. But since the space was already set up for an ice cream parlor, it made sense for us to hold the torch, while also giving it a feel. It looks like a hall. 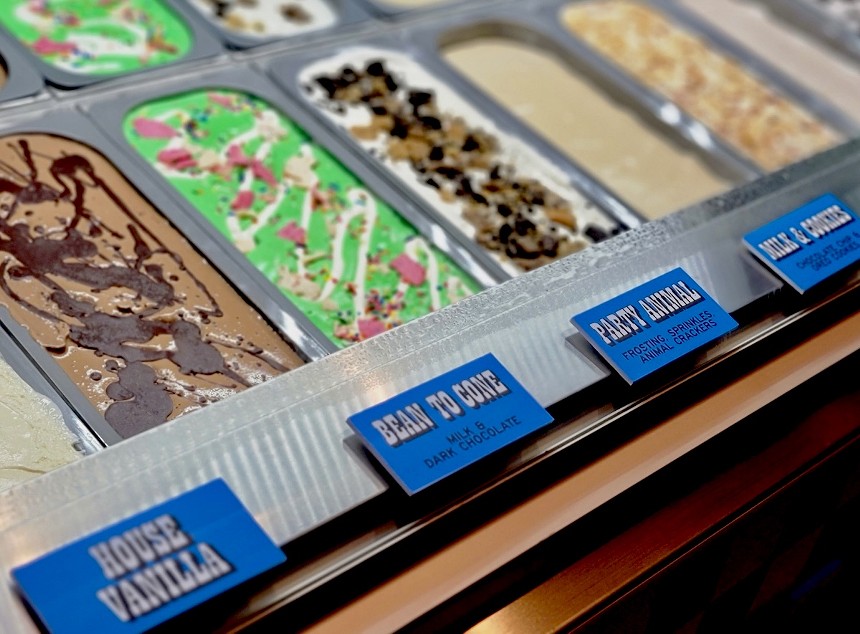 The space will offer guests a menu of home baked goods and artisan ice cream in small batches served to guests via the retail counter that can be enjoyed in the Cry Baby Lounge or Maxwell Bros. ‘Dinner room.

“The menu items will rotate iteratively based on the components,” Falco adds. “A lot will be sourced locally and used to make small, niche batches.”

The menu here is brimming with homemade ice cream, baked goods, homemade cookies, and new dessert-themed treats served in a cocktail-themed space—except for the liquor.

The focus, as the name suggests, is on ice cream, with a number of opening day flavors featuring local artisans including Miami-based Per’la Coffee and Exquisito Chocolate.

New items will rotate as weekly or monthly specials and feature their own branding feature on croquetas: cylinder-shaped ice cream that resembles croquettes and rolled into a topping like crumbly pie crust or crushed cookies. Cry Baby will also offer limited-edition beer floats paired with house-made lollipops served in a tagine-framed Mason jar and immersed in Maxwell Bros. Plus a variety of ice cream sandwiches.