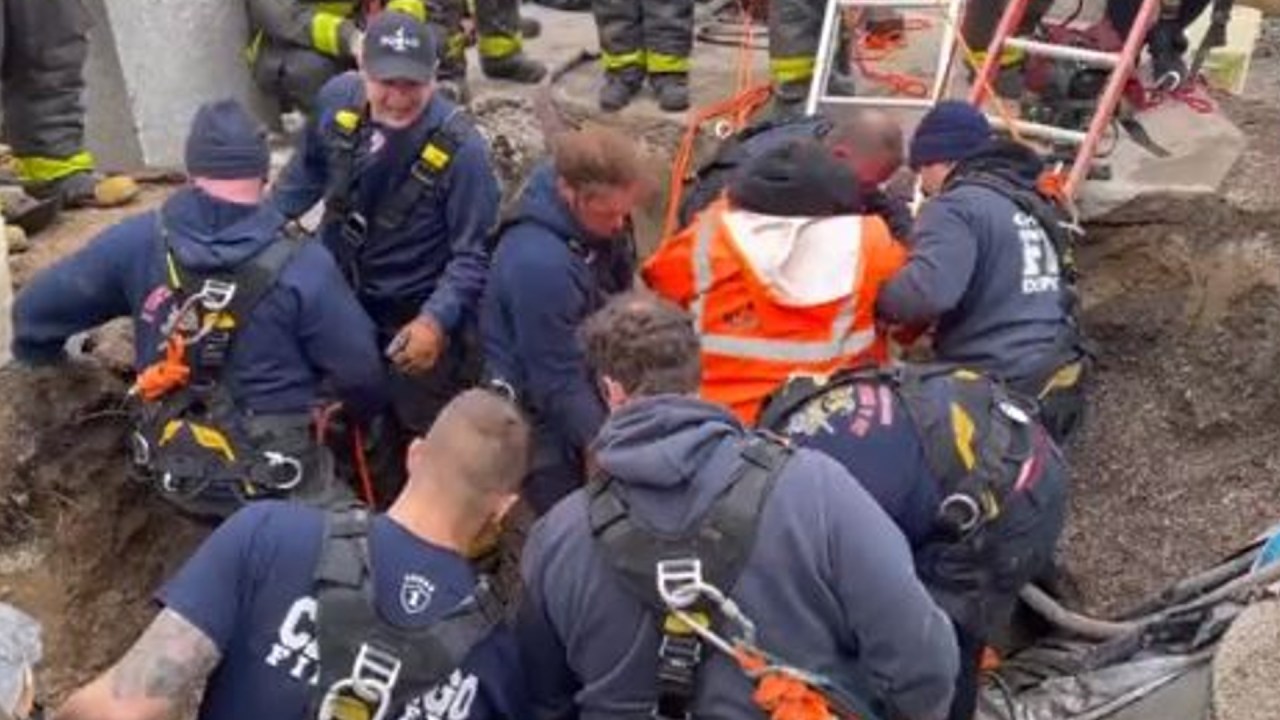 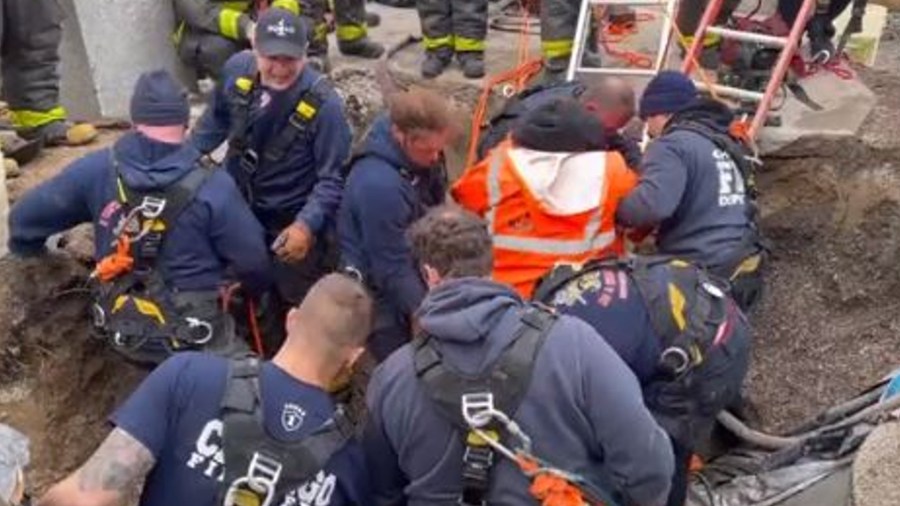 At about 12:30 PM, crews were dispatched to Compound 6700 in the East End based on a report of a person trapped.

A woman, who was working in the city’s water department at the time, became trapped with her safety gear still attached. The Chicago Fire Department used a vacuum cleaner and tools to free the woman from the water and dirt around her.

Released from pit and in good condition.