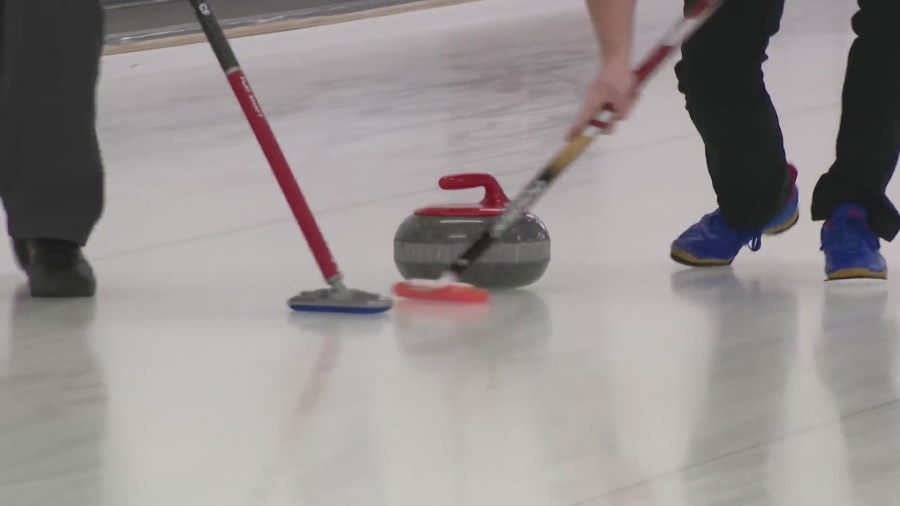 CHICAGO — The 2022 Winter Olympics are just days away and one local club is showing Chicagoans what it takes to go for the gold.

Curling is a sport with a dedicated following and longtime roots in the Chicago area. In Northbrook,
at Chicago Curling Club, which dates back more than 70 years ago, athletes told WGN News they’re looking forward to the USA Olympians set to participate in the games in Beijing.

Laurie Longee, president of the Chicago Curling Club, is the latest in a long line of club presidents that date back to 1948.

Only in her ninth year of the sport, Longee took to it right away.

“A friend of mine from back in Massachusetts and found out we have one right here cause I live in town and she told me I had to try it, so my husband and I came out to curl and it was love at first slide,” Longee said.

Played on a rectangular iced court, curling originated in Scotland. There are four players per team with stones made of granite. There are sweepers with brooms who accompany it as the stone glides down the ice, clearing it to make a smoother path to a series of circles.

Susan Bennett, a 21-year member, is WGN News’ instructor for the day. “It’s a wonderful thing to do,” she says. But it’s not as easy as it looks.

A match or tournament is called a bonspiel.

“It’s played by what we call ends. Think of it as innings in baseball,” Bennett said. “We play eight ends. So one way down is one end. Coming back is the second end. So back and forth down for eight ends. And it and it takes about two hours,” Bennett said.

While things can get very competitive, curling is a game of honor, so there are no referees, and at the club level, it’s just about fun.

“People know when you miss a shot, it’s not a surprise to anyone,” Longee said. But don’t expect any elbows to be thrown.

“There’s no hip-checking on the ice,” Longee laughs.

When the curling is over, it’s time for what’s called broomstacking, another name for enjoying your favorite beverage.

“Everybody sits at the table, the two teams, and usually the winners will buy the losers drink and then the losers can reciprocate and you can socialize as long as you want,” Bennett said.

At the Chicago Curling Club, they have leagues that start for kids as young as 11, with some members who have played into their 80’s and 90’s.