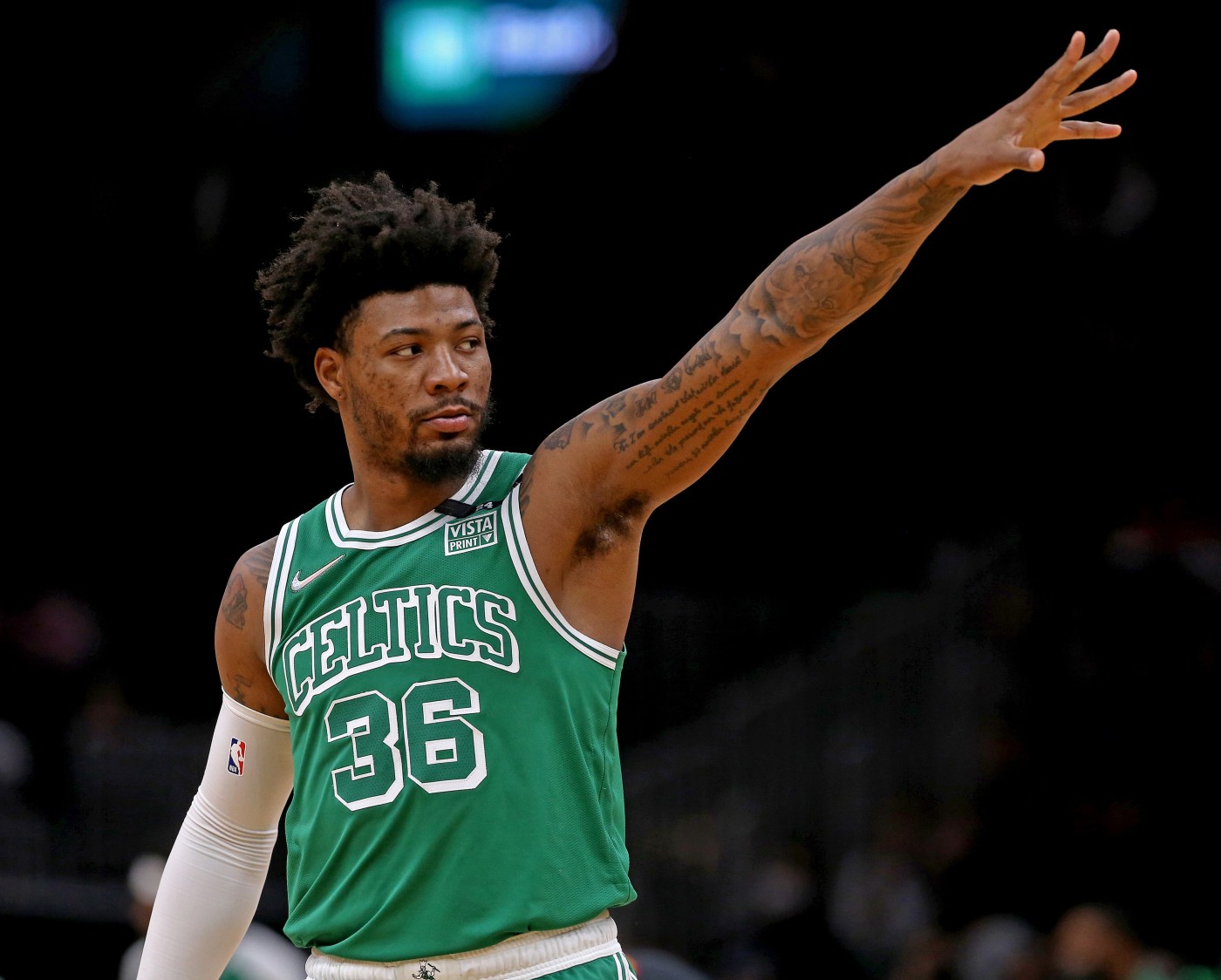 The Celtics had led by as many as 15 points in the first quarter and they, not so surprisingly, gave it up in a flash when a familiar face – one-time two-way contract player Max Strus – tied the game at 32-32 with his third 3-pointer of the night.

Ime Udoka has called many heated timeouts this season, and this one was no different. He told his players to wake up – words that haven’t always worked. But starting with a Jaylen Brown 3-pointer, continuing through Marcus Smart’s fast break drive off a steal, and finishing when Brown hit a step-back from 15-feet, the Celtics pulled out of their swoon with a 7-0 run that was bigger than it seemed.

Certainly big enough to set the tone in Monday night’s 122-92 run over Miami, the best team at the moment in the Eastern Conference, and a group the Celtics have now defeated twice this season.

Earlier this season the Celtics would have generally hit the canvas after absorbing a punch from a superior opponent. But something seems to be changing for a team that has won nine of its last 13 games.

“It’s something that we are better at,” said Al Horford. “It’s something we need to continue to grow in that area. We showed some of it tonight. Obviously Miami is missing some players.

“But I do believe that’s an area we need to continue to grow as a group,” he said. “You get hit, a team goes on a run, something happens, earlier in the year. I felt like we just didn’t handle it well. But the last few weeks I feel like we’ve been doing a better job with that and that’s something that we want to continue to be better. You know how it is. You want to be able to handle those. You have to keep playing the game, especially in the NBA, there’s just no safe lead. Teams are coming back from 20, from 30, that’s a real thing.”

But the Celtics are at their healthiest of the season, and showing the value, in particular, of a starting lineup that has only played together for 17 games this season. The cohesion is starting to show.

Miami, minus Jimmy Butler and PJ Tucker, never caught up after that 7-0 second quarter run, with Brown (29 points) and Jayson Tatum (20) both hitting their shots early and often. Josh Richardson, unleashed on his original team, tossed in another 16.

Strus, originally cut so the Celtics could keep Taco Fall, has emerged as one of the NBA’s great young shooters this season, and did manage to jab his former team with a 24-pointer performance that included 8-for-16 3-point shooting .

But something is different, perhaps.

“Definitely,” said Marcus Smart, who continues to drive this team as a playmaker, Monday night with seven assists and 16 points. “The games, we’re racking up these wins, the more wins you continue to do, the better you feel about yourself. You start to feel better, those shots that you was missing start to go in, things like that. So we got to keep it up. Everybody’s in good spirits, and that’s how it should be.

“I love it. I love every last bit of it,” he said. “Especially with the adversity we’ve been dealing with this whole season, the up and down, not being consistent. So for us to finally start to make that walk in the right direction is big for us confidence wise, team wise, individually wise. It’s something that we needed and it’s happening at the right time for us and we just got to continue it.”

That includes those times after the coach has torn into them during another timeout. But as Udoka has to admit, there’s a new resilience to this team.

“I think we have stemmed the tide at times and fought off some runs much better lately,” said Udoka. “I would like us to be perfect and that’s what we are searching for where we came out and don’t have those lulls. We came out really aggressive initially and they got loose. I think, at times, when it’s going too easy, we let up a little bit. We want to keep our foot on the gas as far as that and not let them get back in the game. It felt like Marcus got a steal there, he really set the tone defensively and then we got about three or four stops in a row where they had to call timeout. Good response from them, I got on them quite hard in that timeout and it was just some small attention to detail things with their personnel. We’d like not to have that lapse but it was good we bounced back the way we did.”