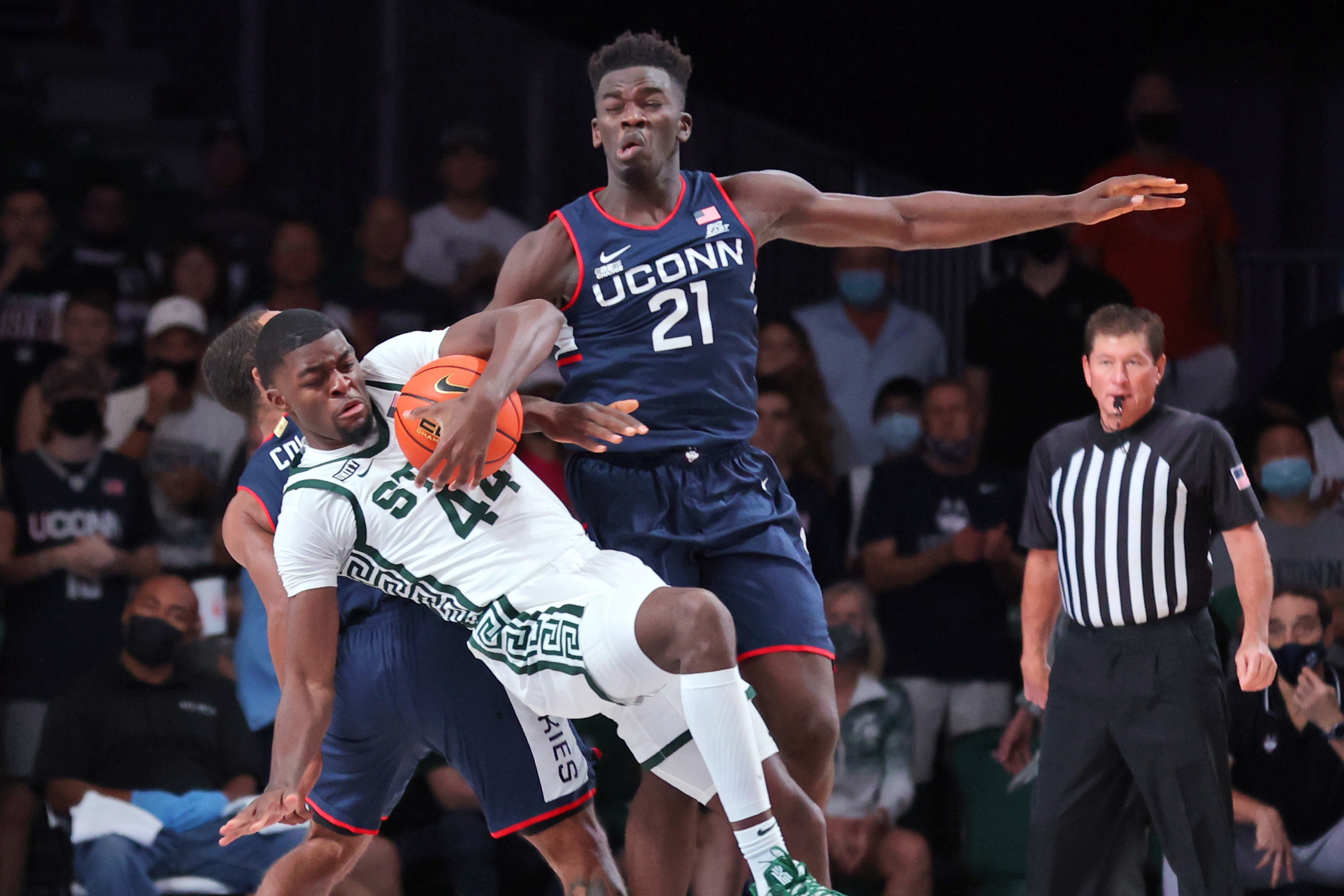 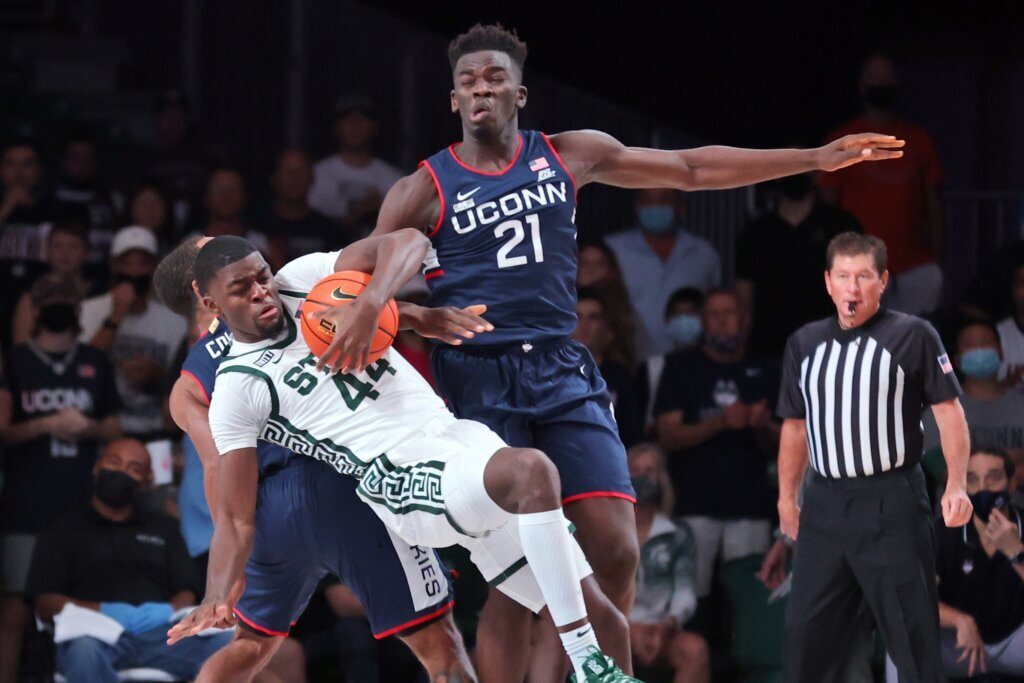 Paradise Island, Bahamas (AP) – Michigan State followed up a thrilling last-second victory by winning by a wide margin in the…

Paradise Island, Bahamas (AP) – Michigan followed a thrilling last-second victory with a big lead against an exhausted opponent and found itself behind in the Battle of 4 Atlantis.

Tom Izzo’s Spartans, however, led with strength and perseverance in the game’s defining moments for the second day in a row.

AJ Hoggard hit free throws with 30.3 seconds left and Michigan State scored the final nine points to overtake Connecticut’s No. 22 64-60 in the semifinals on Thursday, getting a trip to the championship game on Friday.

“It’s something the coach has been playing with us from the start: Just do winning plays,” said Malik Hall, who had a big steal of late and two free throws. “It’s something he’s been talking about since yesterday and the day before.”

At least Izzo will have another set of examples to make the point again.

It was another tense ending for both teams after first-round games saw plenty of drama late in the game – including two extra spells for Husky in a 115-109 thumping win over No. 19 Auburn. But Michigan State did enough to regain momentum after the family stepped up Husky 60-55 with 1:41 remaining.

The Spartans (5-1) caught Husky with a shot 1-9 in the last three minutes. The last stop came when the Husky (5-1) got a chance to tie. But after a long period of dribbling, Galen Gaffney fired a powerful shot on the spot 3 that didn’t hit everything.

Tyson Walker hit a free throw 2.5 seconds before the end of the match, sending the Spartans to jump into the tunnel and wave their arms all the way to their cheering fans behind the bench.

Gabi Brown scored 16 points to lead the Spartans, who led 32-18 before the break and only hit 32 percent after the break.

Adama Sonogo scored 18 points and had 10 rebounds to lead the Huskies, while Therese Martin added 16 points and 12 boards despite being unsure of play due to a left wrist sprain in Auburn’s win. The Husky made only 2 of 16 three-pointers after making 15 of 26 in Auburn’s win.

Ocon: Wednesday’s 115-109 win against the Tigers was a thriller in March, but regrouping to play again in less than 24 hours was a huge challenge. It didn’t help that UConn didn’t have forward Isaiah Whaley, who sat down after fainting briefly after a 43-minute effort in the Auburn game.

“We knew what it was like before we came into this match,” Martin said. We knew we had to take care of our bodies. Each team had to play three games in three days, so we can’t just sit here and use that as an excuse.

“Yes it was a slow start, and we ended up coming back. But we weren’t strong enough at the end” to win.

Michigan State: The Spartans needed an alley flood by Marcus Bingham Jr. with 3.4 seconds left to defeat Loyola Chicago. This time, they beat Husky in the second half to claim another tough win over the NCAA Championship Team from last season.

Brown had a tough second-half moment with one of his teammates.

Braun Martin mistook a transitional dunk as UConn climbed 55-48, then stood – his fists clenched – heading towards Bingham as they started back in the rally. He called out to him several times as he pursued, then shoved Bingham with his hands as he returned to the rally.

Brown said the subject of the controversy was Bingham’s choice to shoot the air-jumping ball that he had previously acquired.

“Every time he goes to the middle, he can score,” Brown said. “That’s what a coach plays. So when he took that shot, I felt the heat.”

UConn point guard RJ Cole scored 10 points before Hoggard’s drive was screwed up with 30.3 seconds left. Hurley was furious across the field and let the officials get on, thinking Cole had enough ball to make a call.

“This is a tough call,” Hurley said, adding, “I mean, we lost because we made so many mistakes, but Michigan State didn’t. They made plays.”

UConn: The Huskies will play in a third place playoff Friday against the VCU.

Michigan State: The Spartans advance to Friday’s game to face Baylor No. 6.