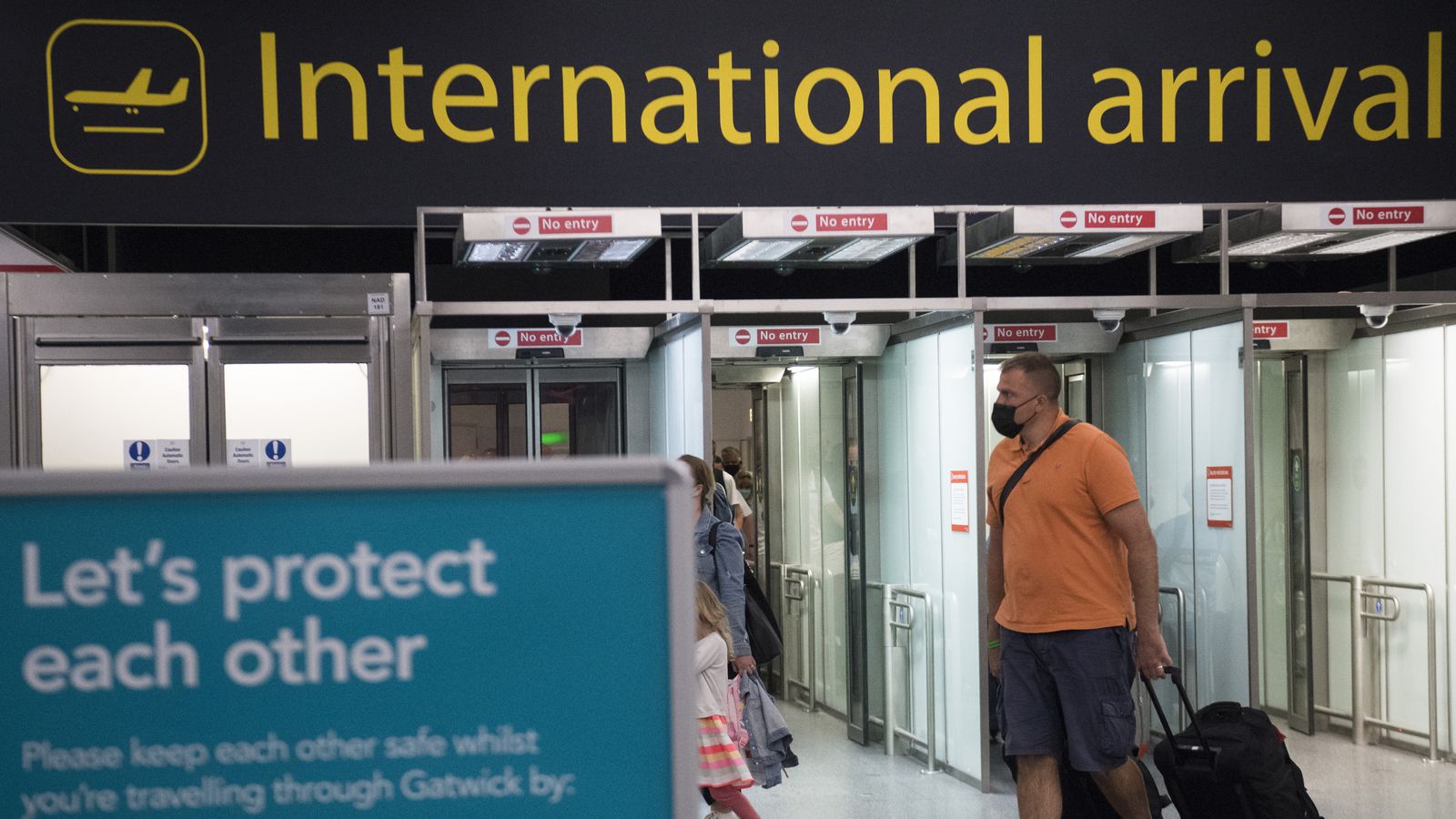 Grant Shapps told Sky News the UK is taking a “safety first approach” in banning entry to six African countries in the face of a harmful new form of COVID.

Flights from South Africa, Namibia, Lesotho, Botswana, Eswatini and Zimbabwe will be suspended from 12pm on Friday until 4am on Sunday.

From Sunday onwards, new arrivals to the UK will be required to quarantine in hotels.

Latest COVID-19 updates from the UK and around the world

Mr Shapps said: “It is important that you make sure that you act promptly and that in doing so you slow things down with respect to potential entry into the country.

“This gives us some time for the scientists to work on the genome sequence, which includes growing cultures – it takes several weeks – until we can figure out how important this particular type of concern is.”

“We’ve done this before with things like a mink type from Denmark and were then able to thin it out reasonably quickly.”

He later told the BBC: “Hopefully that’s it, pause rather than turning back, but we can’t take the risk when we see an alternative that could defeat a vaccine, or at least that’s the concern and we just need a little time to check it out.” .

“The concern about this particular variant is that it’s spreading too quickly, it’s been growing too fast, and we think the problem might (start) from now, so we’re asking people to quarantine and self-isolate when they get home.”

The UK’s Health Security Agency said the new variant B.1.1.529 identified in South Africa is “The worst we’ve seen so far”.

The variant also has 30 mutations – twice as much as in the delta variant – which could make it more transmissible and avoid the protection offered by previous infection or vaccination.

No such case has yet been reported in the UK, and anyone who has traveled from one of these countries in the past 10 days is being contacted to apply for testing.

However, Israel confirmed that it had detected the country’s first case of the type in a traveler returning from Malawi.

Meanwhile, South Africa said the UK’s travel ban “appears to have been expedited”.

“Our immediate concern is the damage this decision will do to the tourism and corporate industries of both countries,” said the country’s foreign minister, Naledi Pandor.

Other countries are also moving to impose restrictions.

European Commission President Ursula von der Leyen said in a tweet on Twitter: “The Commission, in close coordination with Member States, will propose to activate the emergency brake to stop air travel from the South African region due to the worrying variant B.1.1.529.”