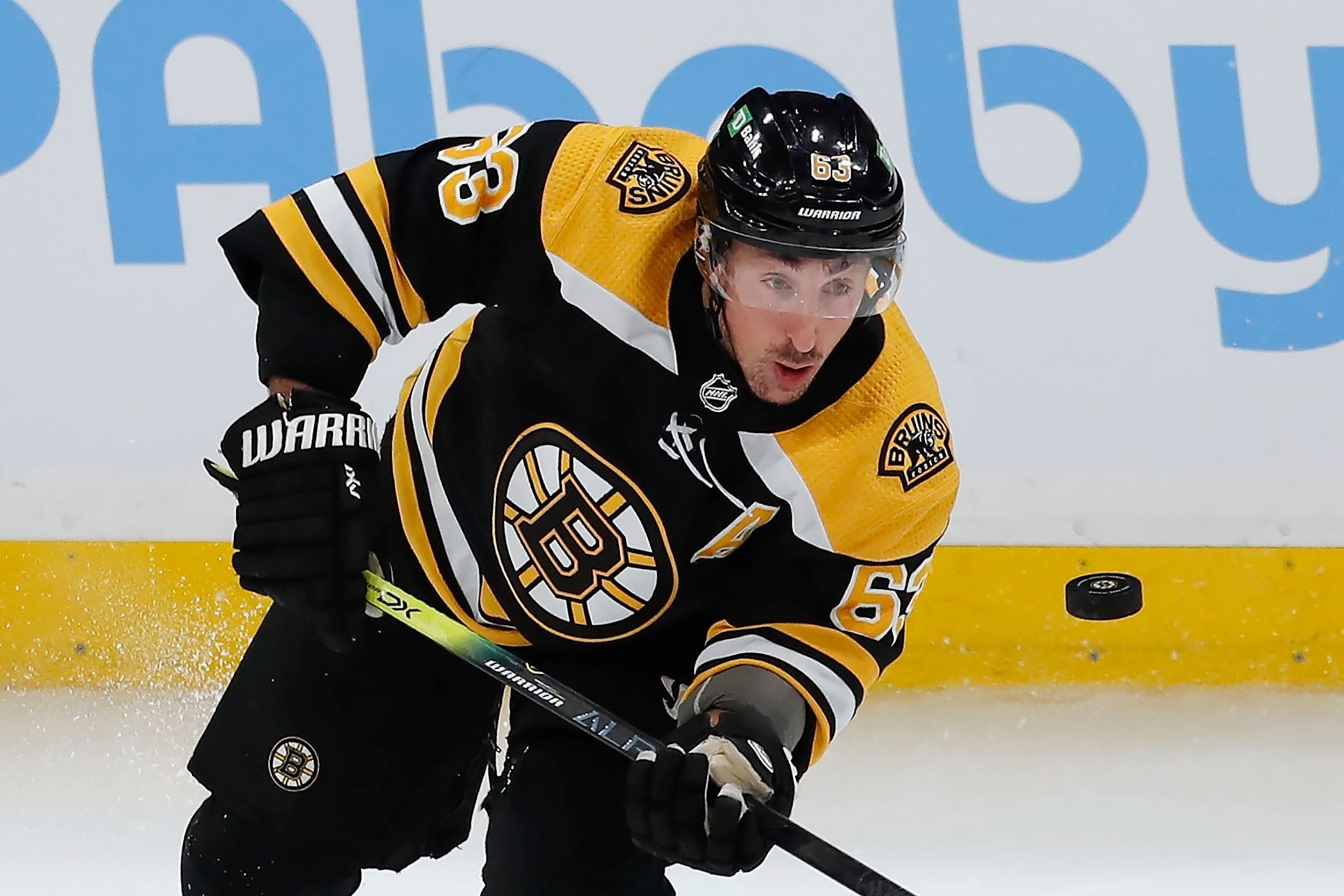 Sometimes a little chaos can lead to good things.

The Boston Bruins entered the third period of the mile on Sunday as the lowly Vancouver Canucks faced a 2-1 deficit. But amid the struggles of Linus Olmark and a steady 40-minute opener, Bruce Cassidy’s team persevered.

Hart Trophy candidate Brad Marchand carried the Bruins on his back recently. He demonstrated his strong sense of leadership with thunderous hits on the likes of Oliver Ekman-Larson, and a powerful goal and assist in Boston’s third-half attempts at power play.

Olmark bounced back in the final moments, helping the Bruins fend off Vancouver’s desperate attempts to equalise. Winner David Pastrnak gets a great setup by Marchand Boston win 3-2.

Here’s what we learned from the Bruins’ chaotic win from behind.

Marchand once again displays his clincher

Good things happen when Marchand finds the disc on his stick in pivotal positions.

Marchand was one of the few Bruins whose legs had been ice skating from the start. From his aggressive physical play to his convincing offensive traits, the alternate captain took matters into his own hands in the third.

Even a flash after Pastrnak’s shot hits the iron didn’t lift Marchand. But the chaotic sequence in front of Bruin Jaroslav Halack allowed Marchand to re-adapt, eventually finding a loose puck in the hatch after attempts by Nick Foligno and Patrice Bergeron. With a sea of ​​corpses in front, Marchand hit the ball quickly past yours with the desired equalizer at 8:45.

“I thought Basta had scored, so I stopped there for a second,” Marchand said of the sequence that led to his ninth goal of the season. “And then I saw Fliggy [Foligno] Knock away at that and Bergy [Bergeron] The same. So I tried to get close [to the play]Fortunately, he was out. It was good to put this away.”

The Bruins didn’t turn away from Marchand on their second attempt at power play, serving minor Ekman-Larsson to ride with Anton Blidh.

To compensate for hitting the crossbar from his signature point-of-view timer, Pastrnak drove, this time, to the front of the goalie’s mouth waiting to feed the tailgate. A superb kick from Marchand and a solid presence on the net front from Foligno set the stage for Pasternak’s winner with 3:24 in regulation.

“I knew the pasta would be there. We’ve scored some goals over the years with this play. It was a great job by Pasta,” Marchand said of the Pastrnak winner. The guy was controlling it all over, but he was strong on his stick and did a great job putting it on.”

Two days removed from the induction Rangers striker Artemi Panarin to me $5,000 fineMarchand put in the work to lift his team to a win coming from behind.

Olmark’s night began to falter after losing an advantage to his net. It felt like an ominous sign as he allowed two rather poor goals in the first and second periods.

However, Olmark eventually persevered when the Bruins needed him. One stop in the third period in time, in particular, caught Cassidy’s attention.

“The breakaway target would have been a back-breaker,” Cassidy said of Olmark’s claw that fended off my death. “When you judge goalkeepers, it’s like that [about] Saves on time and that was huge. This was a big save. If he didn’t save that, I don’t think we won the match.”

“Nothing really crossed my mind other than that I wanted to challenge the shooter as much as possible,” Olmark said of his rescue tonight.

“It was a big moment because we scored right after that.”

Canucks outperformed Olmark with 28 shots on the net between the second and third half. The Swede found his rhythm after giving Sitwat’s Conor Garland a 2-1 lead with a routine shot from the wrist.

With a busier schedule ahead of them, the Bruins will have their work cut out for them, fixing the schedule for the Ullmark-Jeremy Swayman tandem. They also have a big mystery with Tuukka Rask’s decision looming once he completes his rehab.

Getting the Ullmark into a groove before that will only be useful regardless of Rask’s state.

“He’s going to have to tighten his grip. I think he understands that,” Cassidy said. “Maybe the rhythm helps him with that.”

Jake DeBrusk became a frequent member of Cassidy’s dog house during the 2021 pandemic season. On Sunday, the 2015 first-round pick found himself in familiar territory, joining teammate Eric Hola in the Level 9 press box.

Enter Cassidy Trent Frederick and Carson Coleman returning to fill those vacancies in the third line on Sunday. Foligno joined the young duo as Craig Smith returned to his position in the second line alongside Charlie Coyle and Taylor Hall.

Boston’s new-look third streak made a good impression in their first game together. Although Frederick struggled against the starting point on his first look at the position this season – losing all but one of his seven draws – the St. Louis-born striker caused havoc with his kicks and offensive tackles. His skill set faded well with the strong Foligno and energetic Coleman, as he fired 11 combined shots at the net.

“I believed [Foligno] You played well with Freddy [Frederic]. “They have some similar traits in terms of their size and how they play in a straight line,” Cassidy said. “I thought Coleman skated really well. Every time we put him on, he seemed to have a good engine. He had looks along the wing. He completed them really well.”

The Bruins haven’t developed a sustainable third-streak presence since their last run to the Stanley Cup Final in 2019. The Foligno-Frederick-Kuhlman trio likely won’t be a long-term solution, but that hasn’t stopped them from establishing an effort to build on it.