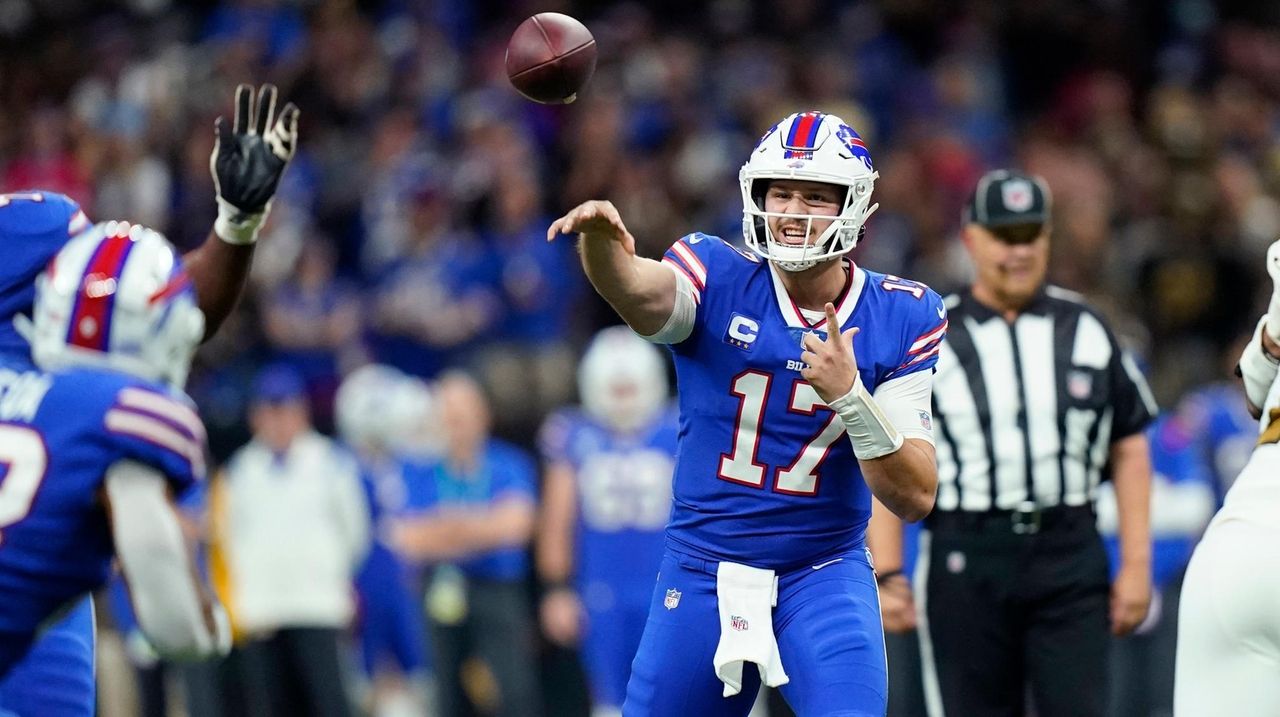 NEW ORLEANS – Josh Allen passed for 260 yards and four touchdowns, the Buffalo defense stifled the New Orleans short attack and the Bills headed to a 31-6 win Thursday night that sent the injury-ravaged Saints to their fourth loss in a row.

Stefon Diggs had seven passes for 74 yards and one touchdown, and Matt Breda picked up a short pass to 23 yards.

The Saints (5-6), who played without dynamic Alvin Kamara for the third game in a row, were eliminated for three quarters. They finally scored on Trevor Simien’s pass from 11 yards to finish tight end Nick Vanette on the first play of the fourth.

The game demonstrated how limited the Saints’ attack was, in part due to injuries to Kamara and star Michael Thomas, who has not played all season, and due to major changes to the quarterback.

New Orleans won 5-2 in games started by QB Jameis Winston, who this season took charge of retired Drew Brees. But Winston was knocked out of the season with a knee injury during New Orleans’ last win on October 31 and the Saints lost every game Simian started.

Simian was 17 of 29 passes for 163 yards, one TD and one interception. Taysom Hill, who had a foot injury, was active on the New Orleans team but did not play.

Incidentally, Bryce was working on the game as an announcer and the raucous reception he received from the crowd when he was honored on the field at the end of the first half contrasted sharply with the collective groans of frustration as drive-by-car stopped in New Orleans after another.

Most of the fans were out of the dome early in the fourth quarter, leaving a solid group of buffalo blue-clad fans to end Thanksgiving on a festive note.

The outcome would have been even more lopsided had Saints Allen not intercepted twice — once deep in the New Orleans area when Cameron Jordan hit Allen’s defensive end when he bowled and linebacker Kwon Alexander grabbed the flapping ball.

This was Allen’s third match in four games in which he made multiple turnarounds. The previous two losers were losses, but this time it prevented Bills from winning more than that.

Saints Cornerback Bradley Roby intercepted New Orleans near midfield in the first half.

Allen threw seven interceptions and lost a bump in his past four games.

Billing: CB Tre’Davious White, a former LSU star playing in his home state for the first time as a pro, appears to have injured his left knee in the second quarter. He was able to walk off the field on his own, but slammed his helmet near the bench and then walked into the locker room with a towel over his head and never came back.

Saints: LB Kaden Ellis left the match with a hamstring injury. …helped rookie corner player Paulson Adepo back down after his heavy collision in the fourth quarter.

The Billings: Host the New England Patriots for a Monday night showdown for the top spot in the East Asia region on December 6.

The Saints: Host the Dallas Cowboys next Thursday night.