By Toby Miles For Mailonline

One moment Egypt were locked in a fiery AFCON clash with Morocco, the next Achraf Hakimi had his shorts around his ankles and Munir was trying to get the sent referee-off.

With 15 minutes of normal time to play in the quarter-final clash – and the match headed to extra-time after Mo Salah’s leveller – a scuffle between Egypt’s Hakimi and Omar Marmoush saw tempers flare.

Theirs was a rough yet fair struggle, until Morocco’s Mostafa Mohamed came flying in and undressed Hakimi in the process. The PSG star was having none of it and sharply tugged Mohamed by the shirt… his shorts not yet reinstated. 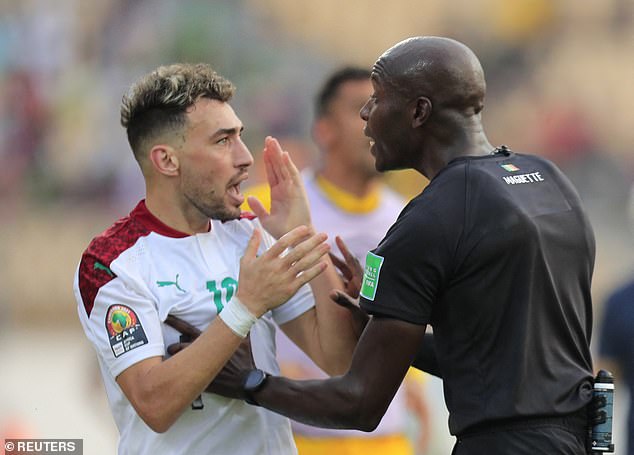 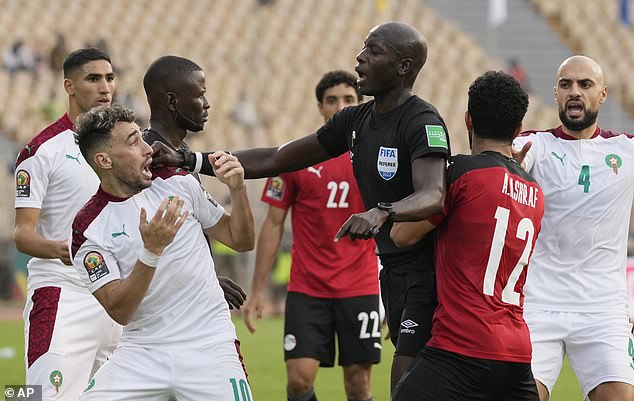 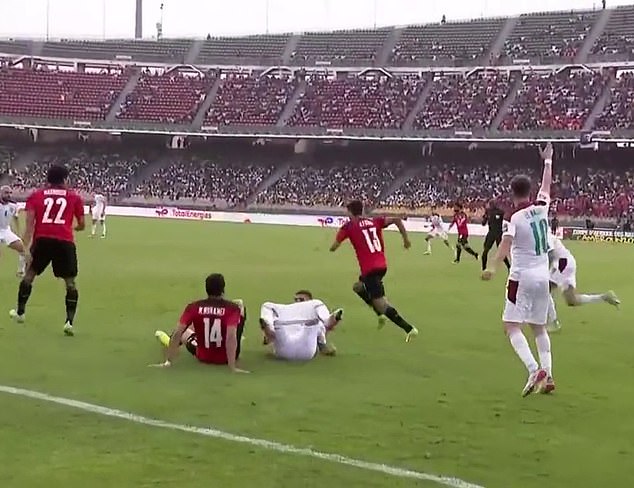 Moments earlier, Hakimi had his shorts around his ankles after colliding with a Moroccan star

Red and white shirts came rushing in and the posturing began, with the referee strangely targeting Munir first.

The official shoved the Sevilla forward away from the chaos before delivering a second – and significantly lighter – push, only for Munir to drop to the floor clutching his head.

Salah acted as a peace-keeper to break up the ruckus, a free-kick was awarded and the elected not to show himself any referee cards for the incident with Munir. 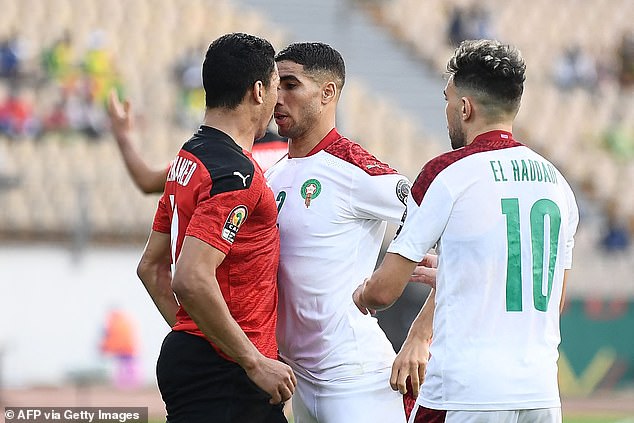 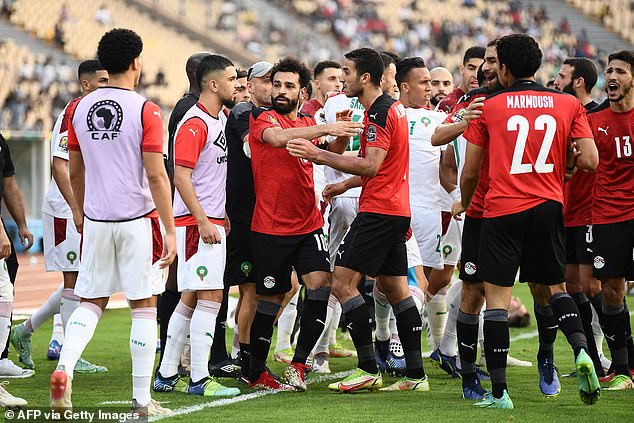 Mohamed Salah waded in to disperse the players, later setting up the winner for Egypt

It was Egypt who sealed their spot in the semi-finals, as Salah turned on his magic dribble down the right, twist the defender inside-out and set up Trezeguet for the winner.

The winner of their face-off with play either Senegal or Burkina Faso for the crown.