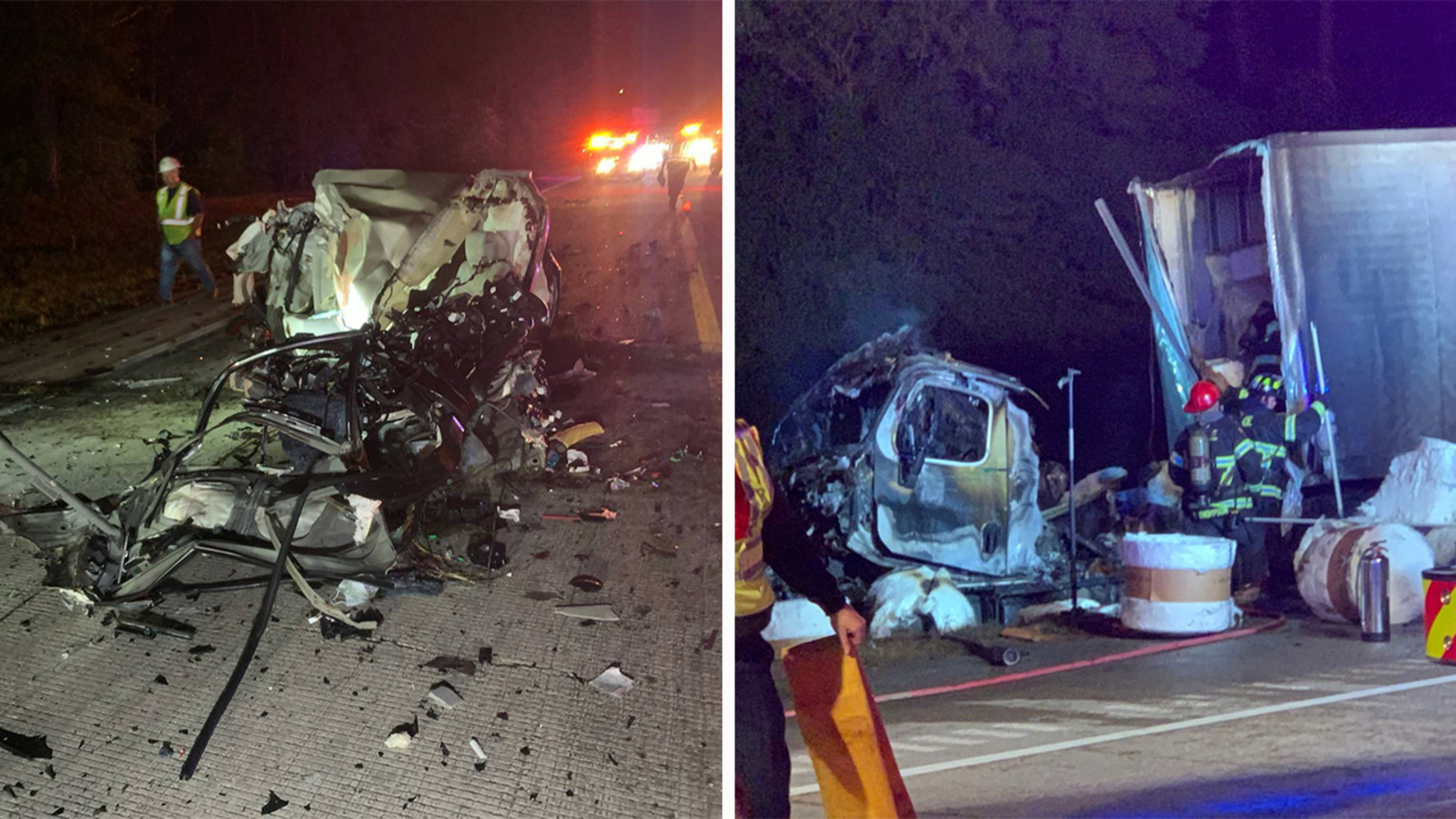 The main southbound lanes near FM-830 were closed.

Just before midnight, investigators said a 21-year-old driver was traveling in the wrong direction in the southbound lanes when he collided head-on with an 18-wheeler and was killed.

The main lanes of the S/B IH-45 near FM 830 are completely closed due to a fatal accident. The driver was the wrong way N/B in the S/B main lanes and hit the 18 Wheeler head-on. The driver of the 18th is alive. The wrong road driver died. Take alternate routes until the road is cleared.

The driver of the 18 wheeler truck survived, but the large platform was destroyed by fire. Police say the truck was loaded with rolls of cotton.

The 18-wheeler driver was taken to hospital with minor injuries.

Investigators said debris was scattered along the highway for several hundred meters after the accident.

Officials said they do not expect I-45 to reopen for several hours.

As an alternate route, drivers can take FM-1097 east to Interstate 75, travel south to FM-830, and then return to the highway. They can also travel south via the intersection and turn right on Old Montgomery Road to FM-830, then left onto I-45.