by Sam Baker for Mail Online

A tourist in the Philippines was attacked by a crocodile after mistaking it for a plastic model and climbing into a swimming pool to take selfies.

Nehemias Chipada discovered what he thought was just a life-like specimen of a predator while visiting the Amaya View theme park on his birthday in Cagayan de Oro.

Then the 68-year-old posed for pictures, holding his phone in one hand and the other hand hanging from his waist.

But with his family watching, the photo session took a wild turn when the 12-foot alligator lunged at his arm and pulled him into the water. 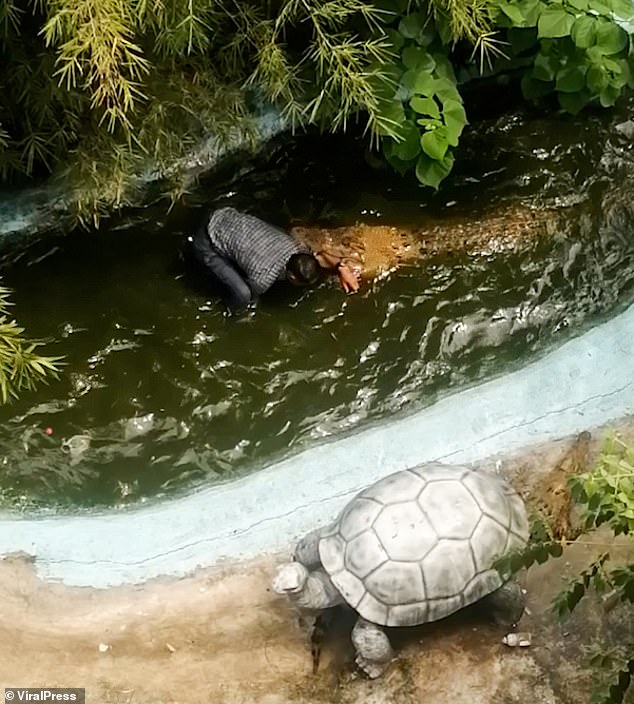 Nehimias Chipada, 68, was bitten by a crocodile while visiting an amusement park to celebrate his birthday with his family in the eastern province of Misamis on November 10. 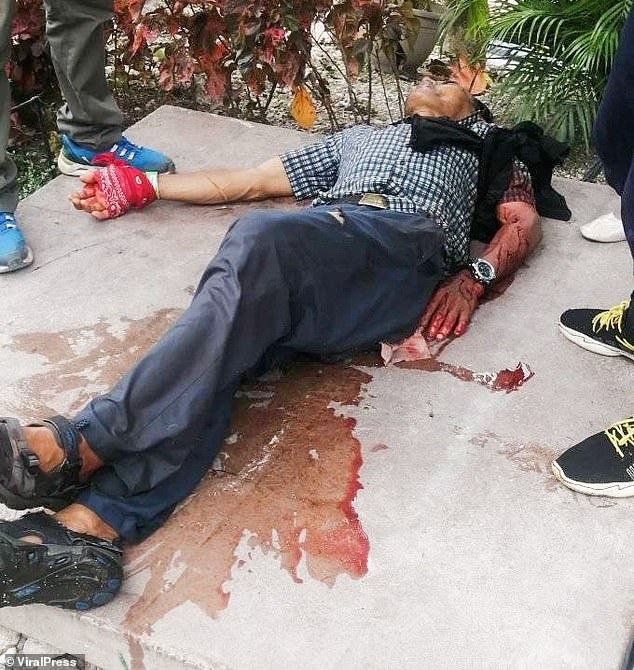 He managed to get away from the animal and get out of the fence again, as the amusement park staff treated him for his wounds.

The dramatic footage shows Nahmias screaming for help as the massive reptile sinks its teeth into his left arm.

He managed to escape from the monster with his limbs intact before he was treated and taken to the hospital.

After the incident, Nahmias – who survived a crocodile attack – and his family blamed the theme park for not putting up signs warning them to stay away from the deadly reptile.

“There were no warnings to warn us about entering the fence,” said Nehmias’ daughter, Mercy Joy Chipada. Because if there was, we would never have gone there.

Resort staff tightly wrapped tissues around Nehemia’s arms and hands to stop the bleeding, after which he was sent to Northern Mindanao Medical Center for treatment.

Tests found he had broken bones and eight stitches on his left arm and thigh. 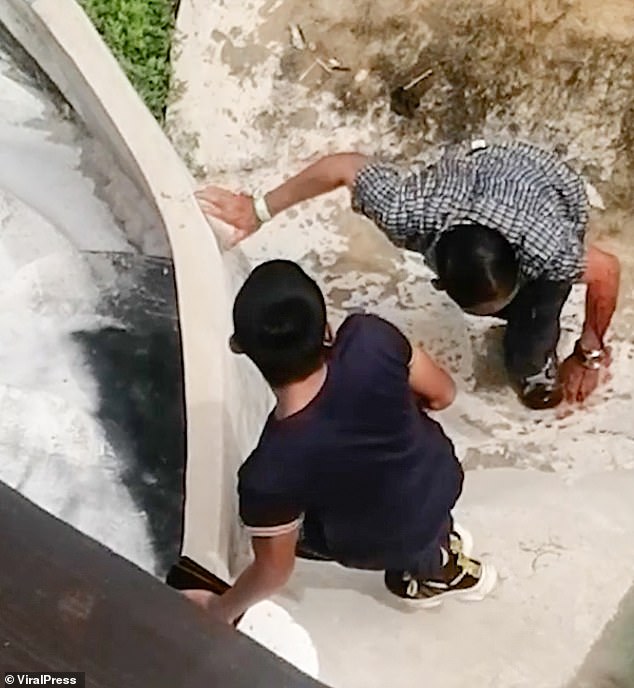 After being bitten, Nehemias managed to break free and leave the animal’s cage to seek treatment 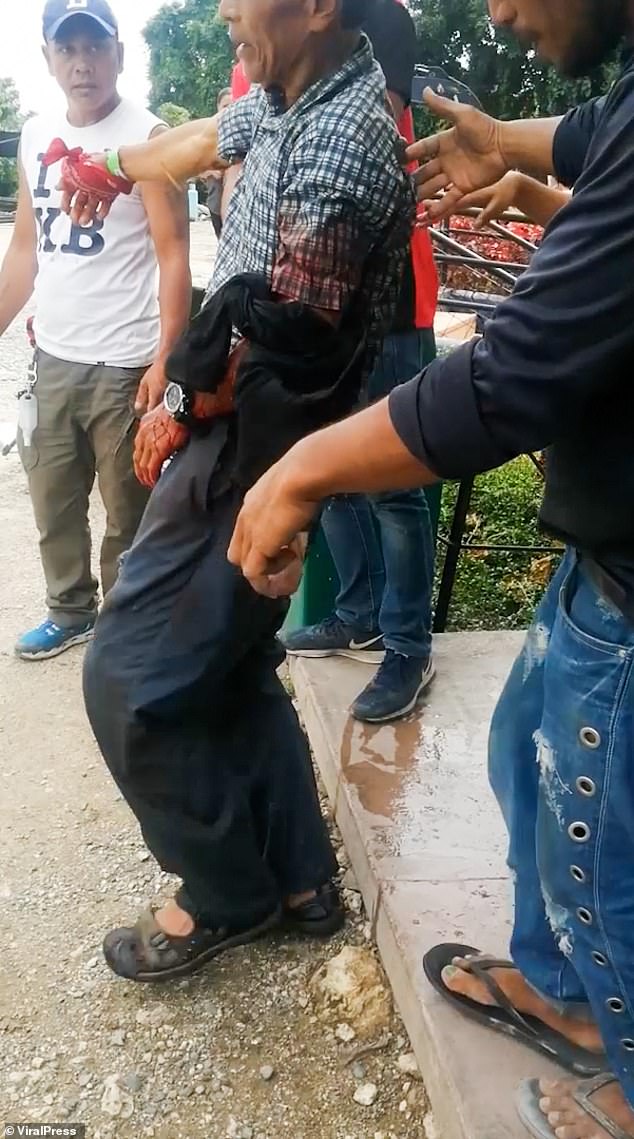 Resort staff wrapped tissues tightly around Nehemia’s arms and hands to stop the bleeding, after which he was sent to Northern Mindanao Medical Center for treatment.

A crocodile’s three-inch tusk also lodged in his body from the force of the sting. Multiple surgeries were required to repair his broken bones.

Viewer Rogelio Pamesa Antiga, who filmed the video, said: “I was looking at the beautiful landscape around the park when the accident happened. I heard people screaming for help and saw the crocodile caressing the old man. I thought she would bite his arm.

I wanted to help him, but I was scared and had no knowledge of how to deal with a crocodile attack.

The theme park agreed to pay for Nehemiah’s treatment, but denied failing to warn tourists about dangerous animals.

Kandi Onapia, Chief Operating Officer of Amaya View, said: “We deny the allegation that we were negligent.

They said they thought the crocodile was also artificial, but this area is actually restricted. There are constant banners and reminders from our tour guides.